– Citing high U.S. inflation and a job market that’s nearing its full potential at least while the COVID-19 pandemic continues, Federal Reserve policymakers on Friday laid out a case for raising interest rates soon after the central bank ends its bond-buying program in March.

And it wasn’t just the Fed’s inflation-focused hawks who were doing it. San Francisco Fed President Mary Daly, who as little as a month ago was calling for the central bank to show patience in its policy stance to allow more workers to reenter the labor market, said she would support two or three rate hikes next year, and did not rule out raising borrowing costs in March when asked about a start date.

“I have adjusted my stance,” Daly said in an interview with the Wall Street Journal, noting the burden that rising prices could put on families and nodding to the difficulty firms are having hiring workers and the health fears that are keeping many from seeking jobs.

“If we try to push the labor market now when clearly many Americans who are sidelined don’t want to come in … if we push too hard, and then we have to raise rates rapidly, then we end up with a really sharp pullback and historically a very sharp pullback on the part of the Fed, it results in a recession,” she said in the interview.

The remarks from one of the Fed’s most ardent supporters of an employment-focused monetary policy drove home the depths of the shift among Fed policymakers over the last several weeks, as measures of inflation have continued to run at more than double the central bank’s 2% target and the unemployment rate fell to 4.2%, near policymakers’ estimate of full employment.

Earlier this week, Fed policymakers unanimously agreed to speed up the wind-down of the central bank’s bond-buying program, with a plan to end the asset purchases in March so as to allow time for the three interest rate hikes that most Fed policymakers now believe will be needed next year.

The central bank initiated its bond-buying program in 2020 to shelter the economy from the fallout from the pandemic. Until it recently began tapering the purchases, it was buying $120 billion in Treasuries and mortgage-backed securities each month.

Though Daly told the WSJ that the economy will be able to support more jobs once the pandemic fades, she added that “we are nearing that kind of maximum employment we can have today.”

‘IN A GOOD POSITION’

Fed Governor Christopher Waller, who has for months voiced worries about rising prices, told an economics group in New York on Friday that he was in favor of even more aggressive policy tightening. He said he thought a rate hike in March would be “very likely” given inflation’s persistence and what he expects will be a return by then to pre-pandemic levels of employment, after accounting for retirements.

And, Waller added, that the central bank should also begin trimming its overall bond holdings by next summer, a move that could push up long-term borrowing costs and add an extra layer of policy tightening to slow the economy.

Such a shift would mark a much sharper return to policy normalcy than after the 2007-2009 financial crisis and recession, when the Fed waited a year after ending its bond-buying program to start raising rates, and held its balance sheet steady for another two years by reinvesting the proceeds of maturing bonds.

The Fed currently has about $8.8 trillion on its balance sheet.

Speaking earlier on Friday, New York Fed President John Williams did not signal he would necessarily support such a fast withdrawal of policy stimulus, but he did say he felt the Fed’s decision to wrap up its asset purchases quickly would put the central bank in position to respond to incoming economic data.

“It’s really about getting our monetary policy stance in a good position and also obviously creating the optionality at some point next year, likely, to actually start raising the federal funds target range,” he told CNBC.

The Fed slashed its overnight benchmark interest rate to the near-zero level in March 2020 and has kept it there since then to nurse the economic recovery. 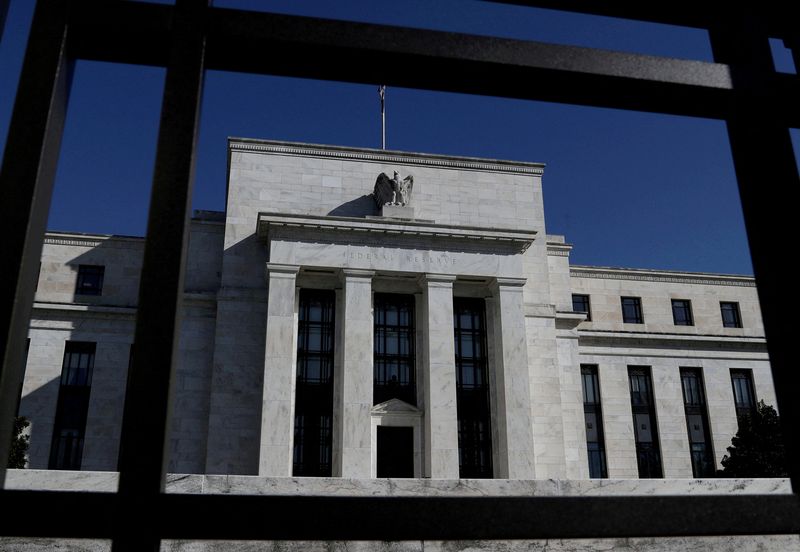