-European stocks were on track to book weekly losses on Friday as technology shares fell, tracking an overnight selloff in their U.S. counterparts, while investors fretted over the economic impact of the fast-spreading Omicron coronavirus variant.

The pan-European STOXX 600 index dropped 0.6% in morning trade, erasing some of the gains from a day-earlier rally.

The European Central Bank on Thursday slightly reined in monetary policy support, while the Bank of England hiked rates, a day after the U.S. Federal Reserve signalled plans to tighten rates in 2022.

“Ahead of the meetings, markets were already very defensively positioned based on equity parameters. So when there was a hawkish surprise, the immediate reaction was for markets to go higher,” said Ankit Gheedia, BNP Paribas’ head of equity and derivative strategy for Europe.

“The growth factor stocks like tech are underperforming. Hawkish central banks could lead to higher rates which could drive equities with the highest duration (growth factor) to underperform.”

Underscoring recent hawkish moves by central banks, data showed euro zone inflation surged to its highest rate on record in November, with more than half of the increase due to a spike in energy prices.

Germany’s blue-chip DAX dropped 0.6% and was set to log its worst week in nearly a month after a survey showed business morale declined for a sixth month as Europe’s largest economy feels the effects of supply bottlenecks and COVID-19 restrictions.

Related:  Le Macaron French Pastries Celebrates With Franchise Partners at “Together Towards Tomorrow” Summit in Orlando

Auto stocks dropped 1.6% after European industry data showed the number of new vehicles registered dropped 17.5% in November on the heels of a global semiconductor shortage and supply snags.

Airbus gained 0.9% after completing its third big win in 36 hours at the expense of Boeing with an Air France-KLM deal.

(Reporting by Anisha Sircar in Bengaluru; Editing by Rashmi Aich and Anil D’Silva) 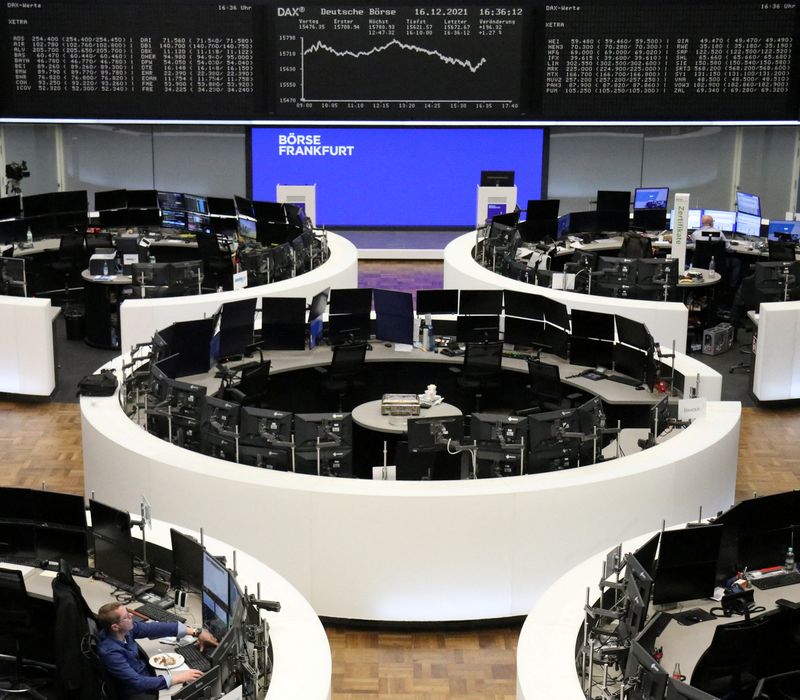