– Kaisa Group said on Monday it has not received any notice from bondholders to accelerate repayments yet as the embattled Chinese property developer has not repaid a $400 million offshore bond.

The non-payment on the $400 million maturity on Dec. 7 triggered cross-default provision on all its $12 billion offshore bonds and prompted a downgrade to “restricted default” by Fitch Ratings.

Kaisa is the second-largest dollar bond issuer among China’s property developers after China Evergrande Group, which has more than $300 billion in liabilities.

The fate of Kaisa, Evergrande and other indebted Chinese property companies has gripped financial markets in recent months amid fears of knock-on effects, with Beijing repeatedly seeking to reassure investors.

Shares of Kaisa tumbled 8.7% to HK$0.84 in the early session on resumed trading, a record low, after a suspension since Dec. 8.

Kaisa said it was still in talks with bondholders over a debt restructuring deal and it had hired Houlihan Lokey as its financial adviser and Sidley Austin as a legal adviser.

Kaisa was in talks with Lazard, the adviser of a group of offshore bondholders, to sign a non-disclosure agreement (NDA), Reuters has reported, laying the groundwork for further discussions on forbearance and financing solutions.

The group planned to use up to $1 billion in order to buy bad loans from the Chinese developer’s onshore creditors, sources said last week.

In the Monday filing, the developer added after significant decline in sales in October and November, it expects the confidence of potential property purchasers to remain subdued in December.

(Reporting by Arundhati Dutta and Nikhil Kurian Nainan in Bengaluru and Clare Jim in Hong Kong; Editing by Daniel Wallis and Stephen Coates) 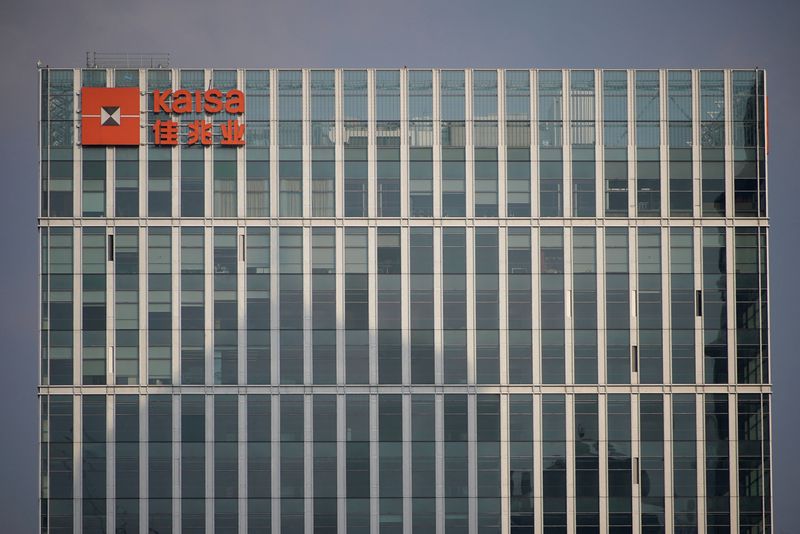