SHENZHEN, China – Hosting the Women’s Tennis Association Finals was supposed to put the Chinese technology hub of Shenzhen on the sporting map, but the suspension of the tournament in the wake of the Peng Shuai scandal has left its ambitions in limbo.

China’s “miracle” city, best known as the launchpad of the country’s 40-year economic transformation, is among China’s wealthiest and is home to tech giants including Huawei Technologies and Tencent Holdings.

In January 2018 the WTA announced that Shenzhen had trumped rival bids from Manchester, Prague, St Petersburg and former host Singapore to stage what would “easily be the largest and most significant WTA Finals” in its history, its chairman and CEO Steve Simon said at the time.

The city of more than 17 million that neighbours Hong Kong had promised a state-of-the-art stadium, while local real estate developer Gemdale Corp put up $14 million in prize money – double the pot of the previous finals – winning the right to stage the event from 2019 to 2028.

But early this month, Simon announced the WTA would suspend tournaments in China over the treatment of former No.1 doubles player Peng Shuai, who was not seen in public for nearly three weeks after accusing China’s former Vice-Premier Zhang Gaoli of sexual assault. [L1N2SN04V]

“Unless China takes the steps we have asked for, we cannot put our players and staff at risk by holding events in China,” Simon said, taking a stand that drew support from the global tennis community but embarrassed Beijing as it prepares to host the Winter Olympics in February.

Doubt over the tournament’s future highlights the clash between China’s global sporting ambitions and western criticism of Beijing’s authoritarianism. A handful of countries led by the United States have announced a diplomatic boycott of the Olympics – meaning they won’t send government representatives.

China hosted nine WTA events in 2019, but the WTA confirmed on Dec. 7 that the traditional season-opening Shenzhen Open, an event separate from the WTA Finals, will not take place in the first half of 2022. China has been all-but-shut to international visitors during the COVID-19 pandemic. [L4N2SS1I0]

A spokesperson for the Shenzhen government said he did not know whether the WTA would return. The Florida-based WTA said it remained hopeful that China would do what it asked in allowing for a direct line of communication with Peng.

“That is why this is a suspension at this point, not a cancellation,” a spokesperson said.

For Shenzhen, the WTA Finals were to be a boost to its cultural and sporting prestige.

In late 2017, then-mayor Chen Rugui personally lobbied Simon to host the finals, saying Shenzhen is a young and open city and the tournament would help “take sports to a new level”, according to an official report.

“It’s not just a major event for Chinese fans and tennis, but a fantastic chance for Shenzhen to become an internationally renowned name,” the Shenzhen Evening News said.

The WTA Finals is the most prestigious women’s event after the four Grand Slams, and the Shenzhen prize money was $5 million more than in the equivalent men’s ATP Finals, ensuring a star-studded draw. World No.1 Ashleigh Barty of Australia won the first Shenzhen WTA Finals in 2019.

“It’s the biggest tournament outside the Grand Slams, it’s massive, it’s hard to overstate the importance of that in terms of the prestige and the level of the players and the money involved,” said Mark Dreyer of China Sports Insider.

Shenzhen’s tennis hopes also underscored the confluence in China between sports and the now-struggling property sector.

Nine of the 16 teams in China’s troubled top soccer league, which became notorious for splashing out millions of dollars for global stars, are majority-owned by companies linked to the real estate sector, including debt-strapped China Evergrande Group and the Kaisa Group, which owns Shenzhen’s club.

Gemdale, which sponsored the tournament, operates several tennis facilities in Shenzhen including an “international” training academy.

“Their business model is not to get it back in ticket sales and all that sort of stuff, it’s political goodwill that they get from the Shenzhen government,” Dreyer said.

As for the stadium, the plan is to preserve the facade of a 1985 arena – historic by Shenzhen standards – in a 3.6 billion yuan ($566 million) renovation that would expand its capacity to 16,000, according to announcements and a person with knowledge of the matter.

Work continues as the stadium will host other events, said two people with knowledge of the matter. For now, it remains a dusty construction site in the central Futian district. 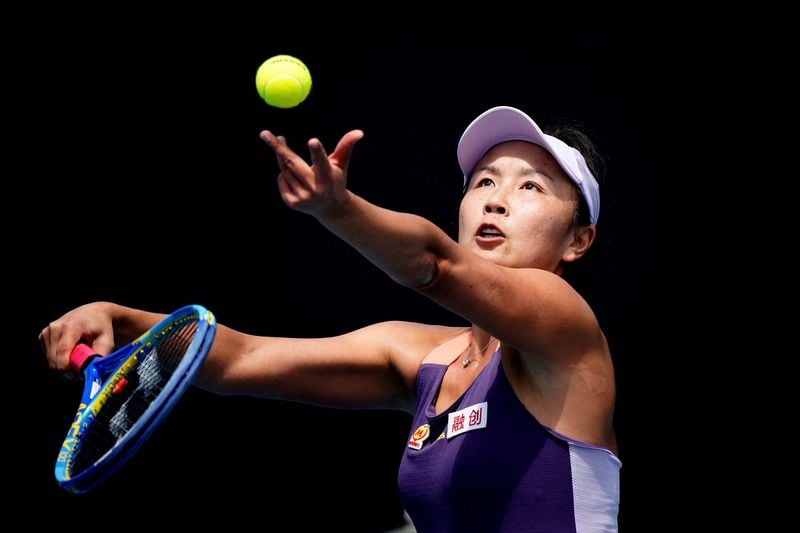 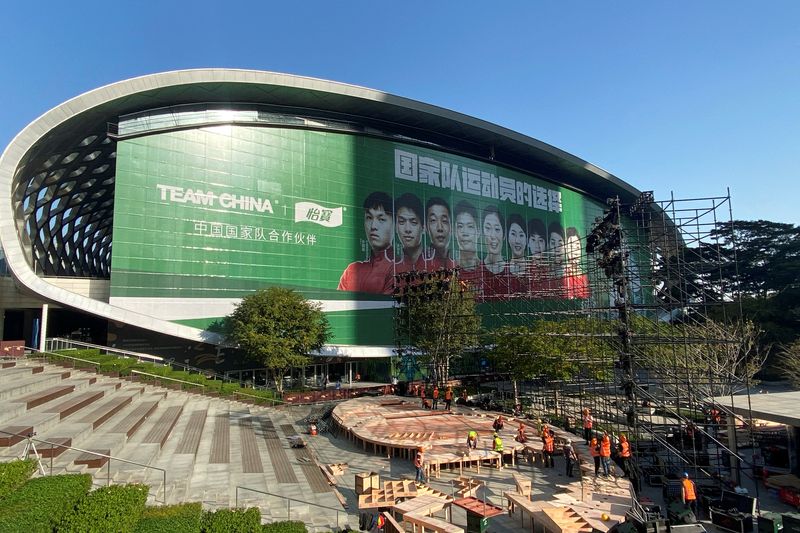 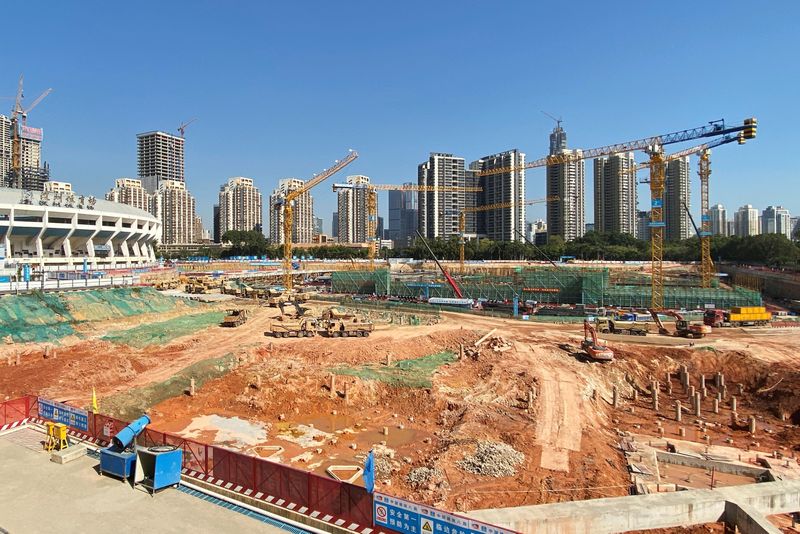 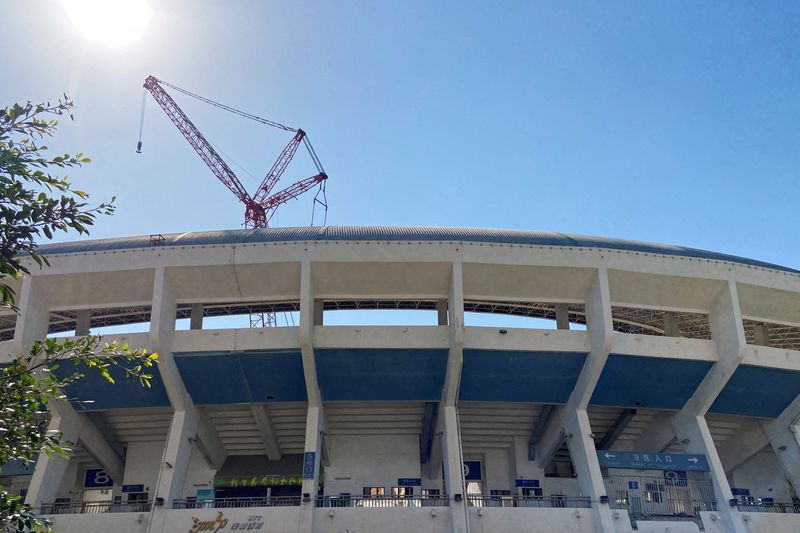 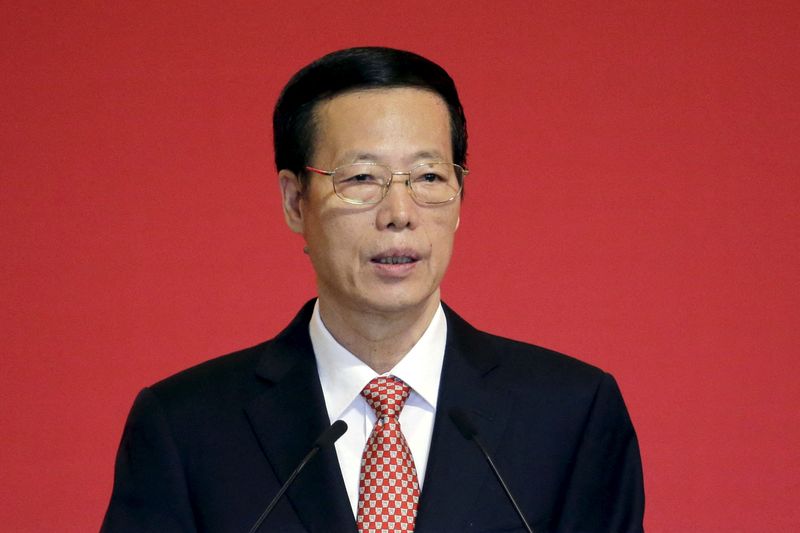