SYDNEY – Australia’s central bank is optimistic the spread of the Omicron variant will not derail an ongoing economic recovery, giving it the option to end quantitative easing early should the run of activity data stay upbeat.

Minutes of the Reserve Bank of Australia’s (RBA) Dec. 7 policy meeting showed its Board remained committed to keeping interest rates at a super-low 0.1%, but was considering how and when to wind up its A$4 billion ($2.84 billion) in weekly bond buying given the economic pick up.

“Members observed that the Australian economy was rapidly recovering after the interruption to growth caused by the outbreak of the Delta variant,” the minutes released on Tuesday showed.

“The emergence of the Omicron variant was a new source of uncertainty, but it was not expected to derail the recovery.”

Options to be considered at the next Board meeting in February included extending bond buying to May at the same or reduced amount, or ending it altogether in February.

The decision would depend on how the economy fared, with data on jobs, inflation and spending particularly important.

Since the meeting, employment figures for November beat all expectations as jobs surged by a record 366,100, while the unemployment rate dropped sharply to 4.6%.

Inflation data for the fourth quarter due in late January is also likely to be on the high side given continued supply constraints and lofty energy prices.


All this strength has convinced many market economists the Board would chose to end bond purchases in February.

“We think the RBA will again be surprised on the performance of the economy,” said Tapas Strickland, a director of economics at NAB.

“NAB sees the RBA ending QE in February with little need for the program given unemployment is at 4.6% and the U.S. Federal Reserve is set to end their QE by March.”

One complication is a resurgence in coronavirus cases as lockdowns were lifted, with cases in New South Wales jumping to all-time highs in recent days.

The government has so far resisted pressure to re-instate social restrictions, relying instead on urging people to get booster shots of the vaccine. 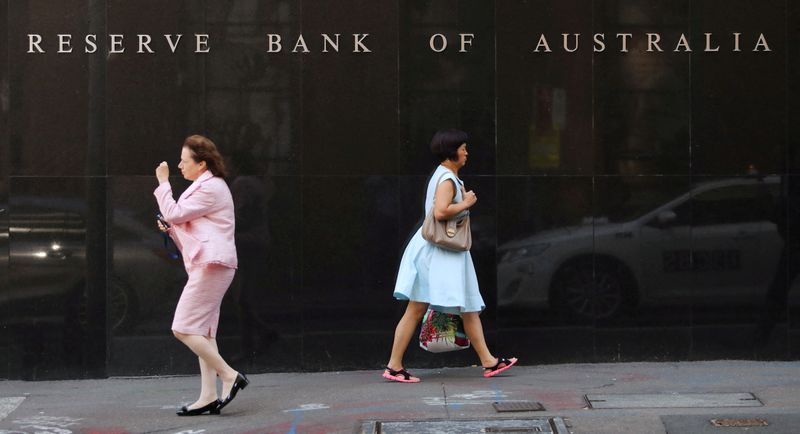