LONDON – The number of finance jobs shifting from Britain to the European Union due to Brexit is less than initially expected despite billions of euros in share trading moving to the bloc and London losing most of its access to EU capital markets, consultants EY said on Monday.

After Britain voted in 2016 to exit the EU, analysts like Oliver Wyman estimated that up to 35,000 financial services jobs or more would leave Britain.

Britain fully left the EU last December, ending the City of London’s unfettered access to what had been its biggest single export customer.

“However, over the last year, a number of the largest investment banks located in the UK have revised down the number of staff that will be relocated to the EU, taking the current number of Brexit-related job move announcements to just under 7,400, down from 7,600 in December 2020,” EY said in its latest Brexit tracker.

This is a fraction of the 1.1 million people working in finance.

There have been around 2,800 new hires in the EU due to Brexit, which avoid the need to relocate some staff from London, with 2,200 finance jobs also created in the UK, EY said.

But EU regulators are maintaining pressure on financial firms to complete headcount and operational moves to the EU that have been delayed by the pandemic, EY added.

The European Central Bank wants to avoid ending up with hubs run from London.

EY said Dublin and Luxembourg remain the most popular post-Brexit destinations for new EU hubs, though Paris has received the highest number of staff relocations.

Assets worth 1.3 trillion pounds have shifted across the Channel to the hubs.

Brussels has yet to sign off on a new discussion forum for financial regulators agreed in principle last December, seen by industry as key to rebuilding cross-Channel trust, although there has been some progress on euro clearing. 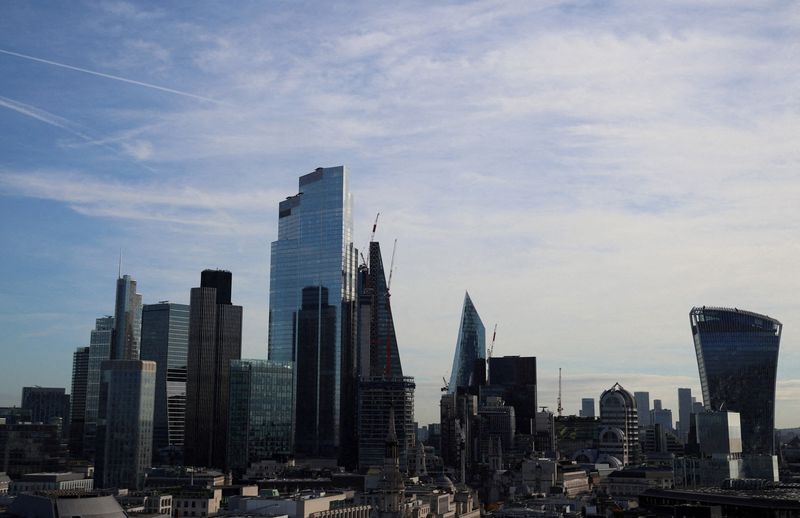