-Jurors retired for the evening on Monday after starting deliberations in the manslaughter trial of Kimberly Potter, the former Minnesota police officer who mistook her handgun for her Taser and shot Black motorist Daunte Wright during a traffic stop.

In final remarks to the jury, prosecutors said Potter acted recklessly and with “culpable negligence” in drawing the wrong weapon, while the defense argued the young Black man caused his own death by resisting arrest and attempting to flee.

The jury will resume deliberations on Tuesday morning.

Erin Eldridge, assistant Minnesota attorney general, walked the jury through Potter’s extensive training during her 26-year career as a police officer in the Minneapolis suburb of Brooklyn Center, arguing it made her actions indefensible.

“She was no rookie. It wasn’t her first day on the job,” Eldridge said in her one-hour closing argument. “We are here because this was entirely preventable. It was a tragedy of her own making. And it’s not just a tragedy. It’s manslaughter.”

Potter, 49, has pleaded not guilty to first- and second-degree manslaughter charges, which carry maximum sentences of 15 and 10 years, respectively, saying she thought she was drawing her Taser when she shot Wright in the chest with her 9 mm handgun on April 11.

Potter is white and the shooting of Wright triggered several nights of intense protests outside the police station in Brooklyn Center, with critics calling it another example of police brutality against Black Americans.

The incident occurred just a few miles (km) north of where Derek Chauvin, a white former Minneapolis police officer, was standing trial https://www.reuters.com/world/us/jurors-resume-deliberations-derek-chauvin-murder-trial-2021-04-20 at the same time in the case of George Floyd, a Black man whose 2020 death during an arrest set off racial justice protests in many U.S. cities. Chauvin was convicted of murder.

Earl Gray, one of Potter’s attorneys, sought to cast blame for the shooting on Wright, arguing that Wright’s decision to resist arrest and his attempt to drive away had put another officer on the scene at risk and required Potter to use force.

“The causation was Daunte Wright,” Gray told the jury in his closing argument, which lasted about 50 minutes. “Those are the cold, hard facts.”

Gray highlighted the testimony of Dr. Laurence Miller, a psychologist who told the jury last week about “action error,” or when a person takes one action while intending to do another. Miller testified about how such mistakes are common in daily life, such as inputting the wrong computer password or writing down the wrong date, and can be triggered by stress.

Prosecutors have conceded that Potter made a mistake and did not intend to kill Wright. To secure a conviction on the first- degree charge, they must prove she caused his death while committing the misdemeanor offense of recklessly using her firearm. For the second-degree charge, the jury must find Potter guilty of “culpable negligence” by creating an “unreasonable risk and consciously” taking a chance of causing him great harm.

“It’s a case about the defendant’s reckless handling of her firearm and her culpable negligence,” Eldridge said. “This was a colossal screw-up. A blunder of epic proportions.”

Gray argued that Potter should not be found guilty because she did not know she was firing a gun when she shot Wright.

“She could not consciously take a chance of causing death or great bodily harm if she didn’t know she had a gun,” Gray said. “She made a mistake.”

In emotional testimony on Friday, Potter said she was deeply sorry for killing Wright and that she had largely blacked out in the aftermath of the shooting.

Potter and another police officer pulled Wright over because there was an air freshener hanging from his rearview mirror and his vehicle’s license tabs were expired. They then learned of a warrant for his arrest on a misdemeanor weapons charge and sought to detain him, which Wright resisted.

Potter can be heard shouting: “Taser, Taser, Taser,” on her body-worn camera before firing into Wright’s car after he broke free from a second officer. Potter testified that she feared for the life of a third officer who had entered through the passenger side and was trying to keep the car in park.

“Within seconds he all of a sudden breaks away. That’s what caused this whole incident,” Gray said. “They had to stop him.” 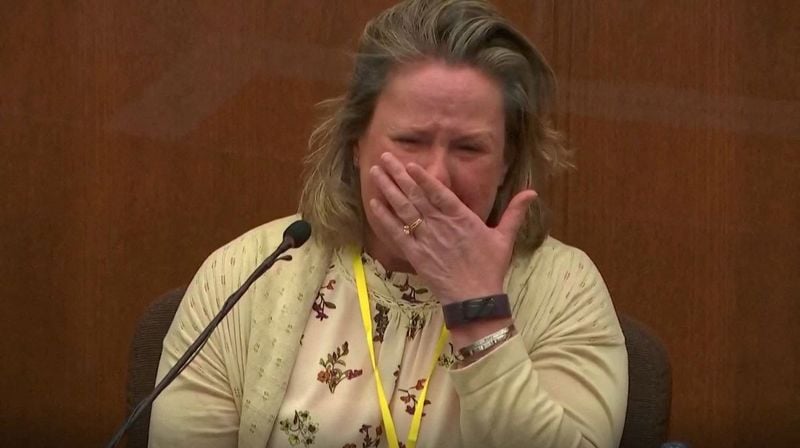 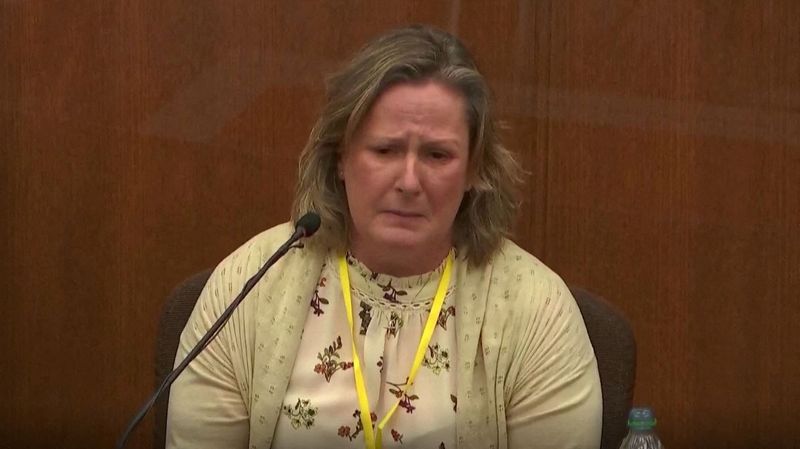