By Maria Caspani and Gabriella Borter

NEW YORK – COVID-19 cases surged in New York City and across the United States over the weekend, dashing hopes for a more normal holiday season, resurrecting restrictions and stretching the country’s testing infrastructure ahead of holiday travel and gatherings.

The fast-spreading Omicron variant of the coronavirus has become dominant in the United States with lightning speed, and claimed the life on Monday of an unvaccinated man in Texas, officials said.

The spike in COVID-19 cases is alarming public health officials, who fear an explosion of infections after the Christmas and New Year’s holidays.

The Omicron variant now accounts for 73% of U.S. coronavirus infections based on sequencing data for the week ended on Saturday, the U.S. Centers for Disease Control and Prevention said on Monday.

With the new variant in circulation, COVID-19 cases are now doubling in 1-1/2 to three days in areas with community transmission, the World Health Organization said on Saturday.

Lines for COVID-19 tests wrapped around the block in New York, Washington and other U.S. cities over the weekend as people clamored to find out if they were infected before celebrating the holidays with family.

“I just want to make sure before seeing my wife’s 70-year-old mom that I’m negative,” said David Jochnowitz while waiting for a test in Washington.

With the rapid rise in infections, Washington Mayor Muriel Bowser on Monday reinstated an indoor mask mandate until the end of January and required government workers to get vaccinated, including a booster shot.

In New York City, COVID-19 cases rose 60% in the week that ended on Sunday as Omicron spread rapidly around the U.S. Northeast. New York has set records for the most new cases reported in a single day since the pandemic started for three consecutive days.

“It is a predictor of what the rest of the country will see soon, and the minimum – since NYC is highly vaccinated – of what other parts of the country will experience in under-vaccinated cities and states,” said Georges Benjamin, executive director of the American Public Health Association.

Many Broadway productions canceled performances as cast and crew have become infected. The popular “Hamilton” production on Monday extended cancellations until after Christmas due to breakthrough COVID-19 infections.

Breakthrough infections are rising among the 61% of the country’s fully vaccinated population, including the 30% who have gotten booster shots.

Omicron appears to be causing milder symptoms in vaccinated populations, and health experts remain optimistic this wave might not cause the same spikes in hospitalizations and deaths as previous surges.

A man in his 50s from the eastern part of Harris County, Texas, who was not vaccinated died on Monday from an infection caused by the Omicron variant, County Judge Lina Hidalgo posted on Twitter. The county, where Houston is located, was also the site of the first recorded U.S. Omicron case, on Dec. 6.

The man was the first local fatality from the variant, Hidalgo said. ABC News reported it is believed to be the first known U.S. death related to Omicron.


New York City Health Commissioner Dr. Dave Chokshi said on Monday that while new COVID-19 cases have “increased sharply,” hospitalizations have not jumped at the same rate. He credited vaccinations and booster shots, which help prevent severe illness, and urged that more were needed to build a “seawall” against the variant.

The spread of Omicron prompted Duke University in Durham, North Carolina, on Monday to require all students, faculty and staff to get a COVID-19 booster shot for the upcoming spring semester.

Nationally, cases rose 9% in the past week but are up 57% since the start of December, according to a Reuters tally. Hospitalized COVID-19 patients have increased 26% this month, with hospitals in some areas already strained by the Delta variant.

The Omicron variant was more than 90% dominant in regions including parts of the Northeast, the Southeast and the Northwest, according to DNA sequencing of the virus collected by the CDC for the week ended Saturday.

That is a sharp increase from the previous week, when the virus accounted for just about 3% of sequenced cases.

Boston Mayor Michelle Wu announced strict new rules requiring patrons and employees at restaurants, bars, gyms and entertainment venues to be vaccinated. The rules, to be phased in over three months starting in January, will ultimately apply to children as young as five, and all adults.

Midwest hospitals were still dealing with a surge in patients from a Delta wave this fall. Michigan, Indiana and Ohio have the nation’s most-hospitalized COVID-19 patients per 100,000 residents, a Reuters tally found.

New York Governor Kathy Hochul said on Monday she was ramping up the state’s testing program, with 1 million kits arriving this week and the same amount in each of the next two weeks.

“More and more people are going to be testing positive from this,” she said. For those who do, she advised: “Just stay home, do not go out. Don’t go to work. Don’t go see your family.”

The state’s health director, Dr. Mary Bassett, is among those who have tested positive for COVID-19, Hochul said.

Omicron’s arrival is a headwind for an economic revival in New York that already lags the rest of the country, especially where employment is concerned.

The pandemic delivered an even larger body blow to the city than the rest of the country because of the outsized role played by tourism, leisure and hospitality, which suffered the worst under lockdowns and travel restrictions. New York’s jobless rate topped out at 20% in the spring of 2020 – more than 5 percentage points above the U.S. average, and is still 9%, more than twice the national rate. 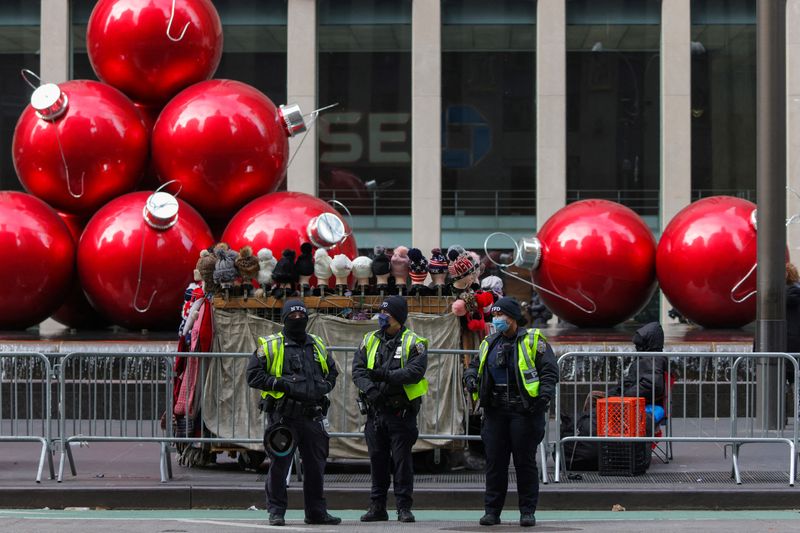 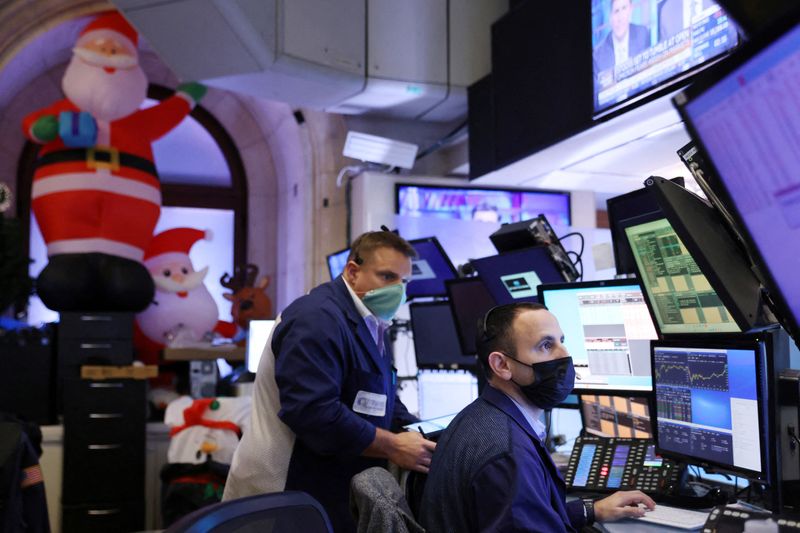 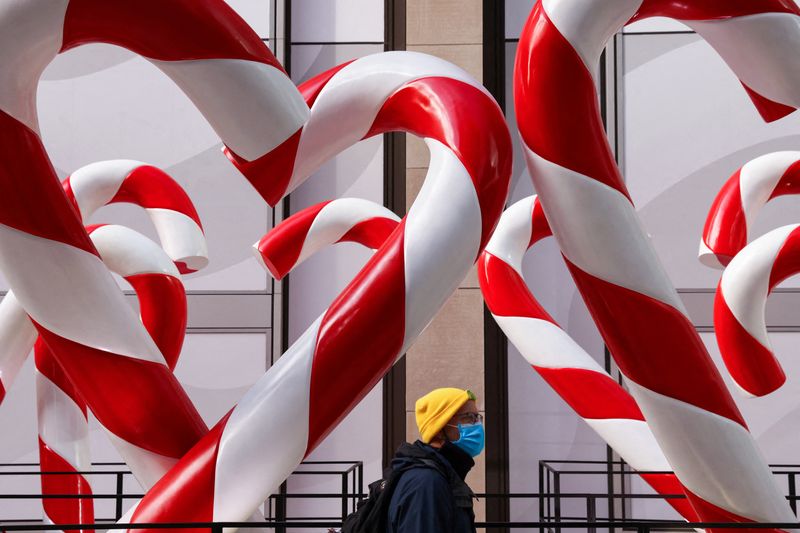 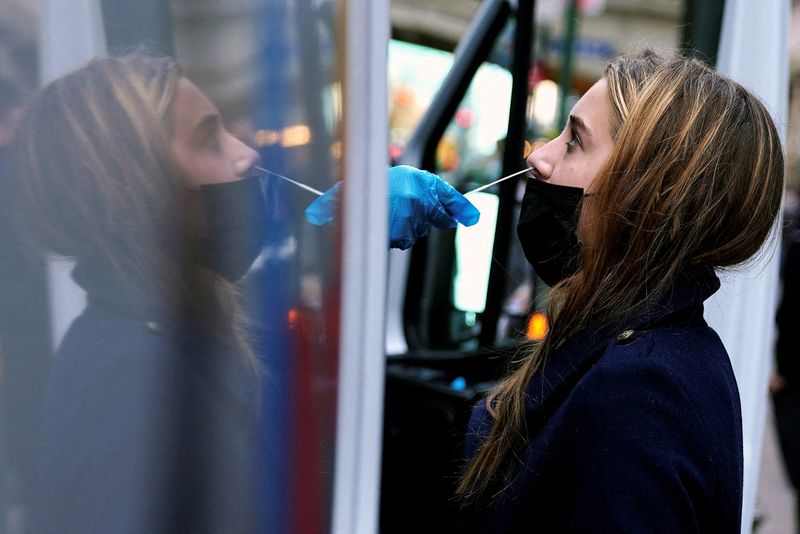 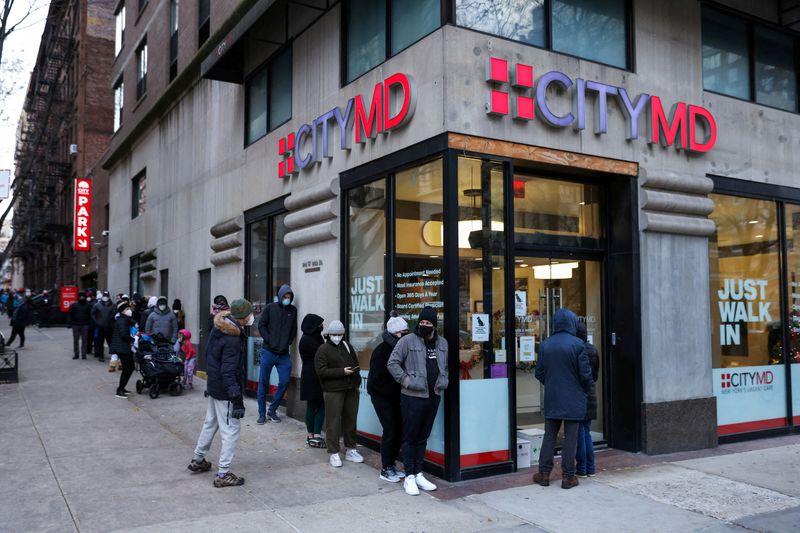