BOSTON – Five Russians including a Kremlin-linked businessman now in U.S. custody carried out a vast, $82 million insider trading scheme that allowed them to profit from corporate information stolen through hacking, U.S. authorities said on Monday.

Vladislav Klyushin, the owner of a Moscow-based information technology company that prosecutors said had extensive ties to the Russian government, was extradited on Saturday from Switzerland to face conspiracy, securities fraud and other charges in Boston.

Klyushin, who was arrested in Switzerland in March while on a ski trip, appeared briefly from a Massachusetts jail during a virtual court hearing. A bail hearing is tentatively set for Thursday.

Prosecutors accused him and others of trading on corporate earnings reports obtained by hacking into the computer systems of two vendors that help companies filing quarterly and annual reports with the U.S. Securities and Exchange Commission. (SEC)

Those companies included IBM Corp, Snap Inc and Tesla Inc. Prosecutors said Klyushin, 41, and employees of his company M-13 LLC placed trades for themselves as well for clients in exchange for a cut of their profits.

Authorities said the computer systems were hacked into by Ivan Yermakov, an M-13 employee who was among several Russian military intelligence officers charged in 2018 with carrying out hacking schemes to interfere in the 2016 presidential election and target anti-doping agencies.

Yermakov remains at large, along with three other defendants: M-13 director Nikolai Rumiantcev and two Russian businessmen who prosecutors say traded on the hacked information, Mikhail Irzak and Igor Sladkov.

Klyushin’s lawyers have called the case politically motivated and argued the real reason he was sought was his work and contacts within the Russian government, which calls the case part of part of a hunt for Russians by Washington.

But while Acting U.S. Attorney Nathaniel Mendell stressed Klyushin’s “extensive ties” to the Kremlin, he said authorities did not know at the outset of the two-year probe “where the facts and investigation would lead us.”

(Reporting by Nate Raymond in Boston; editing by Grant McCool) 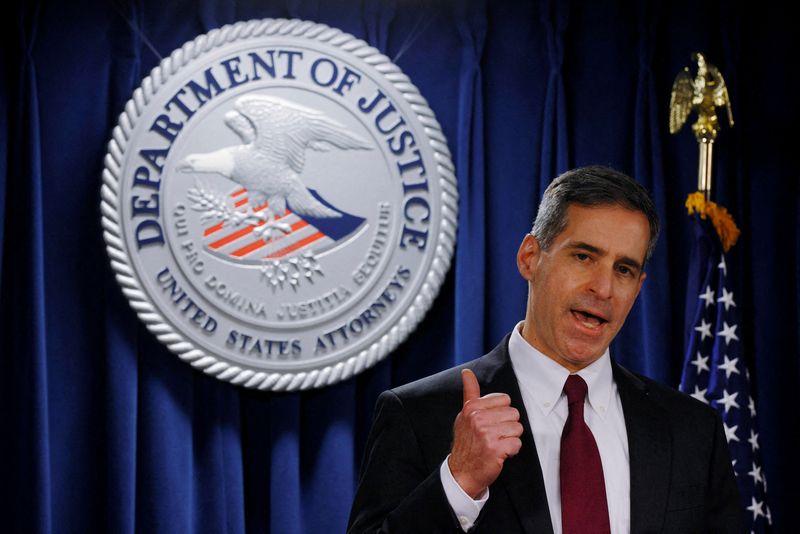