TAIPEI – Taiwan’s export orders grew faster than expected in November to a historic high due to sustained technology demand ahead of the year-end holiday shopping season, but the government warned of many uncertainties next year that could affect the outlook.

Taiwan’s export orders, a bellwether of global technology demand, rose 13.4% from a year earlier to $65.5 billion last month, the highest monthly figure on record, data from the Ministry of Economic Affairs showed on Monday.

That was the 21st month of expansion, with the pace much faster than the median forecast for a rise of 5.8% in a Reuters poll.

The ministry said supply chain problems were easing and there was solid consumer demand for technologies such as notebook computers and 5G ahead of the festive season.

However, the ministry’s statistics director Huang Yu-ling said there were “too many uncertain factors next year”, including the COVID-19 pandemic and the fact 2022’s numbers will be coming off the high base of 2021.

“There will be supply chain bottlenecks in the future, it is difficult to judge whether there will be high growth next year,” Huang said.

The end of the year is traditionally busy for Taiwanese suppliers due to the Christmas and New Year holidays, followed by the Lunar New Year in February.

In October, export orders rose 14.6% from a year earlier to $59.1 billion, underperforming expectations due to supply problems in the tech sector.

The ministry said it expects export orders in December to be in a range of a fall of 0.1% and a rise of 2.4% from a year earlier.

Orders from the United States rose 10.8% in November from a year earlier, a far faster rate of expansion compared with the 0.5% logged in October, while orders from China jumped 25.3%, versus a gain of 21.7% the previous month.

Orders from Europe fell 2%, while those from Japan edged up 0.7%. 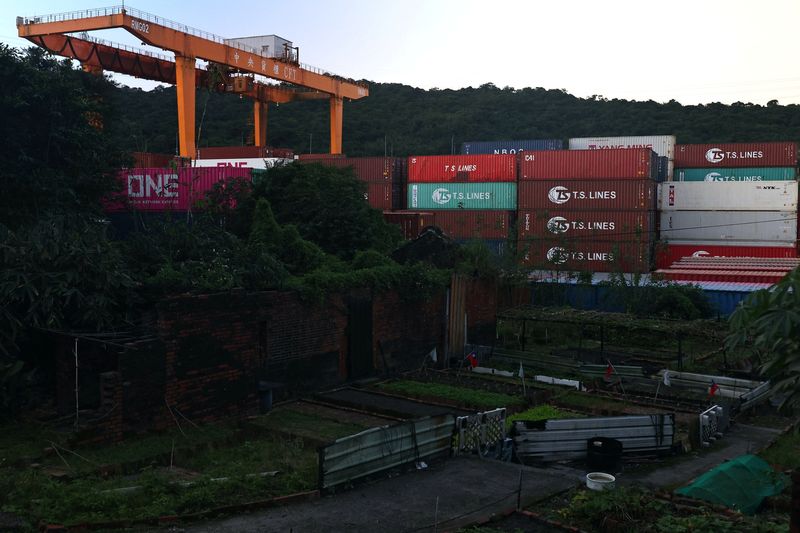