In a White House speech warning the unvaccinated of the dangers of the fast-spreading Omicron variant, Biden said: “The unvaccinated are responsible for their own choices.”

But he added: “Those choices have been fueled by dangerous misinformation on cable TV and social media.”

Biden did not identify any person or company by name, but the White House has been critical of Fox News and the network’s night-time hosts Tucker Carlson and Sean Hannity. Biden previously criticized Facebook for allowing posts that spread vaccine falsehoods.

“You know, these companies and personalities are making money by peddling lies and allowing misinformation that can kill their own customers and their own supporters,” Biden said.

“It’s wrong. It’s immoral. I call on the purveyors of these lies and misinformation to stop it. Stop it now,” Biden said.

A politically motivated disinformation campaign has helped fuel skepticism about the safety of vaccines in the United States against overwhelming medical evidence that shows they work and pose little risk. One in four American adults is not vaccinated. 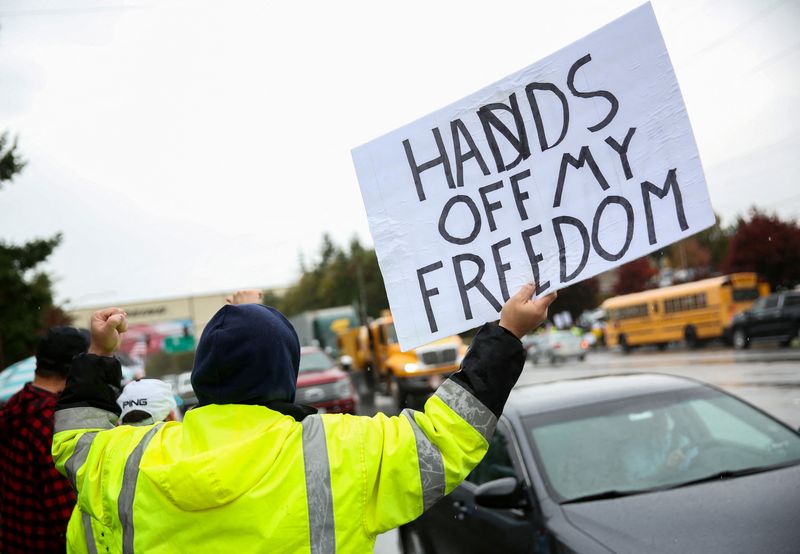