NAIROBI -The Ethiopian government said on Tuesday the army was clearing rebellious Tigrayan forces from the northern Amhara and Afar regions, dismissing Tigrayan statements that their forces were retreating voluntarily to create an “opening for peace”.

Thousands of civilians have been killed as a result of the 13-month-old conflict while about 400,000 are facing famine conditions in Tigray and 9.4 million people need food aid across northern Ethiopia.

The TPLF, the party that controls the Tigray region in the far north of Ethiopia and is at war with the government, had announced its withdrawal from neighbouring Amhara and Afar on Monday.

“As we have seen in recent weeks, the national defence forces together with allied forces from the Afar region and the Amhara region have made considerable gains in reversing the occupation by TPLF of many Amhara and Afar towns,” government spokeswoman Billene Seyoum told a news conference.

“These gains have been made in very heavy battles that have been undertaken over the past weeks, the most recent being the full clearing of TPLF from North Wollo Zone and liberating its strategic capital Woldiya,” Billene said.

She said the national armed forces were still in the process of clearing TPLF forces from pockets within the two regions.

TPLF leader Debretsion Gebremichael has written to the United Nations calling for a no-fly zone for hostile aircraft over Tigray, arms embargoes on Ethiopia and its ally Eritrea, and a U.N. mechanism to verify that external armed forces have left Tigray.

Asked about Debretsion’s letter, Billene did not comment in detail on its contents.

“I don’t even know if such an illegitimate entity can send such a letter to a United Nations body,” she said. The Ethiopian government labels the TPLF a terrorist organisation.

The federal government has in recent months detained thousands https://www.reuters.com/world/africa/ethiopia-conflict-marked-by-violations-all-sides-mass-arrests-un-2021-12-17 of people, many of whom are ethnic Tigrayans, on suspicion of supporting the TPLF.

On Tuesday, Abraha Desta, one of the highest-profile Tigrayans arrested, announced his release from prison in a Facebook post.

Abraha, a former member of the federally-appointed Tigrayan administration and a critic of the TPLF, was arrested https://www.reuters.com/article/us-ethiopia-conflict-idAFKBN2GS0FQ in October after publicly denouncing arrests of Tigrayans.

The two sides blame each other for the war.

The TPLF accuses Prime Minister Abiy Ahmed of wanting to centralise power at the expense of the regions, which he denies.

Abiy, whose appointment in 2018 brought nearly three decades of TPLF dominance over Ethiopia to an end, says the TPLF wanted to hang onto central power. The Tigrayan leadership denies this.

Asked about allegations by Tigrayan media and a TPLF spokesman of air strikes by the Ethiopian military on civilian targets within Tigray over the past two days, Billene said the government did not attack civilians.

She said air strikes were conducted only to “neutralise identified terrorist cells and terrorist hideouts”.

TPLF spokesman Getachew Reda had said on Twitter that 30 people had been killed in a drone attack on a public transport minibus in the town of Mlazat, and similar strikes had taken place in Maychew and Korem.

Tigrai TV, a media outlet run by the Tigray state government, broadcast videos and footage of what it said was the aftermath of the alleged air strikes. Several dead bodies could be seen lying in pools of blood and injured people were interviewed. Reuters could not independently verify the material.

Redwan Hussein, State Minister for Foreign Affairs, said the TPLF was presenting a “misleading narrative” and was on the back foot, according to a social media post by his ministry.

“However, the government does not have an intention to pursue an all-out military operation in Tigray, chasing the terrorist group in every village and town but it will make sure that the TPLF will not be able to wage an attack anymore,” the post said. 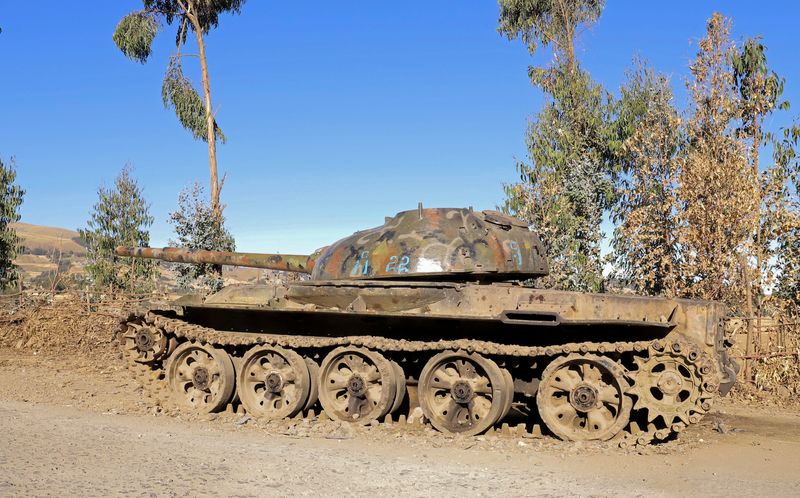 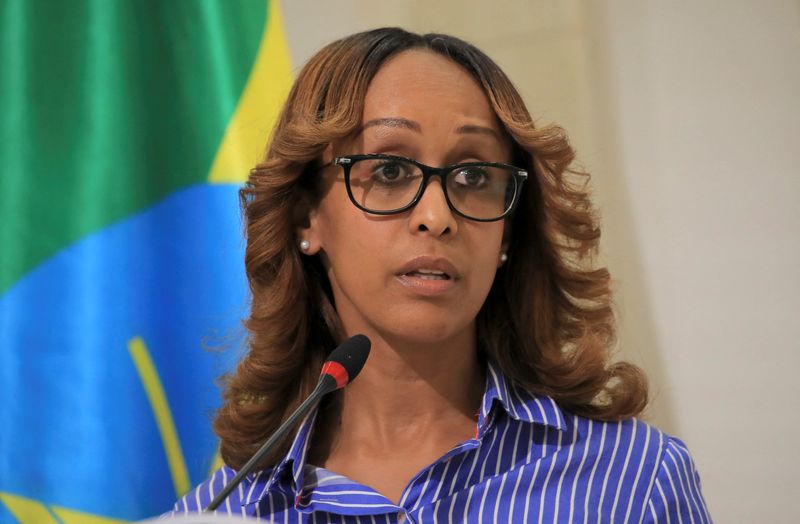