WASHINGTON -Michael Flynn, a longtime adviser to former President Donald Trump, on Tuesday sued the congressional committee investigating the deadly Jan. 6 attack on the U.S. Capitol in hopes of blocking it from obtaining his phone records.

Flynn alleged in a lawsuit, filed in federal court in Florida, that a subpoena issued to him by the House of Representatives Jan. 6 Select Committee was too broad in scope and punishes him for constitutionally protected speech he engaged in as a private citizen.

Flynn also alleged in the lawsuit that the congressional committee “has no authority to conduct business because it is not a duly constituted Select Committee.”

An appeals court has rejected that argument, ruling on Dec. 9 that the committee was valid and entitled to see White House records Trump has tried to shield from public view.

The committee issued a subpoena to Flynn, Trump’s former national security adviser, in November, seeking testimony and documents about a “command center” at Washington’s Willard Hotel set up to steer efforts to deny Democrat Joe Biden his November 2020 election victory. Trump falsely claims he lost the election because of widespread electoral fraud.

In the weeks after the election, Flynn urged Trump to deploy the military to overturn the results and gave speeches sowing doubts about the vote.

A spokesman for the Jan. 6 Select Committee did not immediately respond to a request for comment.

Flynn’s lawsuit is the latest in a flood of litigation by targets of the committee seeking to prevent it from enforcing its subpoenas for testimony or communications.

Alex Jones, the conspiracy theorist and founder of the right-wing website Infowars, filed a similar case on Monday.

Trump has similarly sought to block the committee from obtaining his White House records from Jan. 6 and the preceding days, asserting they are protected by a legal doctrine called executive privilege. An appeals court rejected Trump’s arguments last week. He is expected to appeal to the U.S. Supreme Court.

Flynn, a retired Army general, pleaded guilty to lying to the FBI about interactions he had with Russia’s ambassador to the United States in January 2017. He later sought to withdraw the plea, arguing that prosecutors duped him into a plea agreement. Trump later pardoned him. 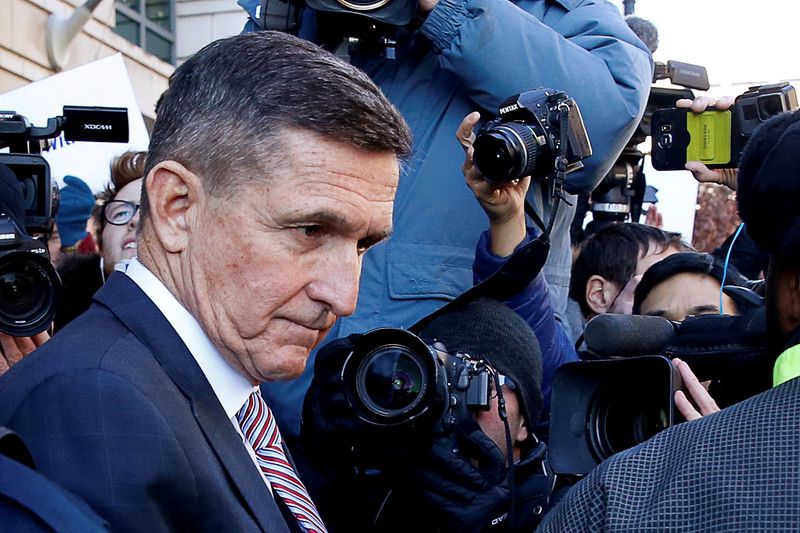 At U.N., U.S., Russia accuse each other of no interest in Ukraine talks