WASHINGTON – The Biden administration on Tuesday announced new actions to combat the fast spreading Omicron variant of the coronavirus over the winter.

These new measures build on a Dec. 2 plan that increased booster availability and tightened travel rules. The following are some of the new actions:

New federal testing sites, to supplant 20,000 existing free testing sites around the country, starting with one in New York City before Christmas.

An additional 500 million at-home rapid tests will be made available for free, starting in January. The administration will set up a website that Americans can use to order the tests online, free of charge, and have them delivered to their homes.

It is also deploying an additional 1,000 military doctors, nurses, paramedics, and other medical personnel to hospitals during January and February.


The Federal Emergency Management Agency (FEMA) will make additional staff and hospital beds available, paid for by the federal government, starting immediately. FEMA is this week sending 30 paramedics to New Hampshire, 30 to Vermont, and 20 to Arizona. FEMA is also sending 30 ambulances to New York and 8 to Maine.

FEMA will set up new vaccination sites including a new mobile unit in Washington, and four new mobile units across New Mexico set to open on Tuesday, as the administration tries to reach the one-in-four U.S. adults who have still not been vaccinated.

Hundreds of federal vaccinators will be sent to 12 states, tribes and territories.

The Department of Health and Human Services will amend regulations to allow pharmacists and interns to administer vaccines across state lines. 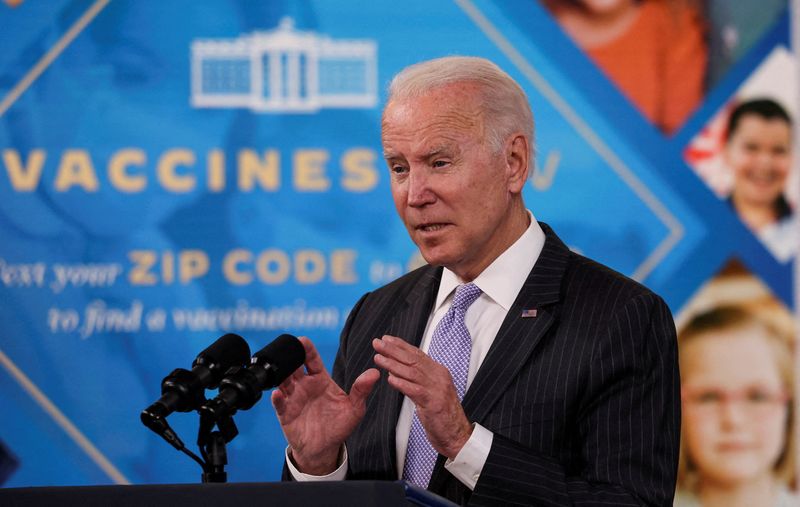