BERLIN -German consumer morale will deteriorate further at the start of next year, a survey showed on Tuesday, as the COVID-19 pandemic and the rise of the Omicron variant push Europe’s largest economy to the brink of a recession during the winter.

The Nuremberg-based GfK market research institute said its consumer sentiment index, based on a survey of about 2,000 Germans, fell to -6.8 points heading into January, against a revised -1.8 points a month earlier.

The January reading was the lowest since June and compared with a Reuters forecast for a smaller drop to -2.5.

The Berlin-based DIW research institute said it expects the country’s economy to shrink in the last quarter of the year.

At the same time, prospects for the first quarter of 2022 look grim as industry continues to suffer from supply shortages and consumption could be further hit by restrictions, DIW said.

The Ifo economic institute this month said it expected Germany’s economic output to shrink by 0.5% on the quarter over October to December and stagnate from January to March.

This would bring Germany close to a technical recession, defined as two consecutive quarters of contraction.

GfK economist Rolf Buerkl said the high infection rates of the fourth coronavirus wave, triggered by the Delta variant, has already resulted in restrictions for retailers and service providers this month.

Germany banned unvaccinated people from entering non-essential establishments at the beginning of the month in an attempt to limit the spread of the disease.

The so-called 2G rule – which restricts access to vaccinated or recovered people – has hit the Christmas business badly, Buerkl added.

“The outlook for the beginning of next year is also subdued against the background of the rapid spread of the Omicron variant,” Buerkl said.

The renewed restrictions have led to temporary job cuts in hospitality, tourism as well as leisure and entertainment, Ifo economist Klaus Wohlrabe said.

German Chancellor Olaf Scholz and premiers of the country’s 16 states are expected to discuss further restrictions at a pandemic emergency meeting later on Tuesday.

Among measures under consideration are tougher contact restrictions and an accelerated vaccine booster campaign after experts warned that the Omicron variant could bring critical infrastructure to a breaking point.

The German economy is projected to rebound with a weaker than previously expected annual growth rate of 2.6% this year after its pandemic-related plunge of 4.6% in 2020. This means it will not reach its pre-crisis level before next year. 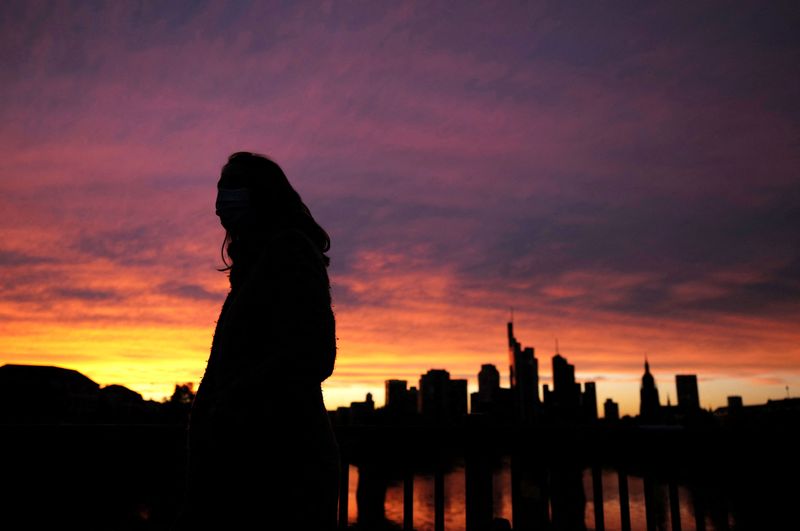