By P.J. Huffstutter and Marcelo Teixeira

CHICAGO – Orders have been pouring into Andrew Schuman’s candy cane business this year, but business has been anything but sweet.

“We’re not taking new orders from new customers,” said Schuman, chief executive officer of Hammond’s, based in Denver, Colorado. “We can’t keep up with demand.”

Candy makers, like retailers and farmers, have been slammed during the pandemic with high commodity prices, labor shortages, and transportation and supply chain snarls, preventing them from fully cashing in on the holiday season.

For more than a century, Hammond’s Candies has twisted and packed up the classic Christmas treat for tiny gift shops and massive grocers alike. It is the largest wholesale supplier of U.S. handmade candy canes.

This year, Hammond’s labor costs have increased 30%, yet staffing remains a problem: The company’s 250-person crew is down nearly 100 people.

Hammond’s is not alone.

When Sam’s Club, a Walmart unit, placed an order for Doscher’s Candy Co.’s gourmet candy canes, co-owner Greg Clark was thrilled. Still, he said, Doscher’s had staff and supplies to produce about 70% of the hand-crafted candies Sam’s Club wanted.

“More and more Sam’s Club members are shopping for seasonal candy, including candy canes,” a company spokeswoman said. “In an effort to meet the anticipated demand, we increased buys from other suppliers and pulled inventory and production forward where possible.”

Total seasonal confectionery sales are up 20% over last year, for the five-week period ending Dec. 5, according to the National Confectioners Association and IRI market data. Winter holiday non-chocolate sales – including candy canes – are up more than 34% from 2020.

Retailers have increased holiday candy items per store by more than 9%; and the total amount of non-chocolate products in stores is up nearly 23%, according to the data.

Many consumers are scrambling to stock up for the holidays after missing family gatherings last year.

“This is the fourth grocery store I’ve hit today, trying to find enough candy canes for our tree and stockings,” grumbled Terri Andresson, 51, browsing at Mariano’s grocery store in Chicago.

“We would have the cherry flavoring scheduled to come in on Monday, but the trucks were delayed, so we would have to stop and switch over to raspberry,” Vashaw said.

The U.S. imports about a quarter of its annual sugar needs, according to U.S. Department of Agriculture data. A swath of this year’s domestic crop was destroyed when Hurricane Ida tore across Louisiana, the nation’s second-largest sugarcane producing state.

Meanwhile, freight prices are soaring, and Brazil and Thailand – two of the world’s top sugar producers – had smaller-than-expected crops. Sugar prices are at a decade-high.

“I’ve heard that some commercial buyers are looking at erythritol as a substitute sweetener,” said Bob Cymbala, a food trader at A&J Global USA, referring to a sugar substitute made from corn.

But prices are rising for corn-based sweeteners too. Clark from Doscher’s Candy said suppliers of corn syrup – used to make candy canes – are quoting a 10% hike in 2022.

“We are only getting a fraction of what we need” Pasco said.

(Reporting By P.J. Huffstutter in Chicago and Marcelo Teixeira in New York City; Editing by Caroline Stauffer and David Gregorio) 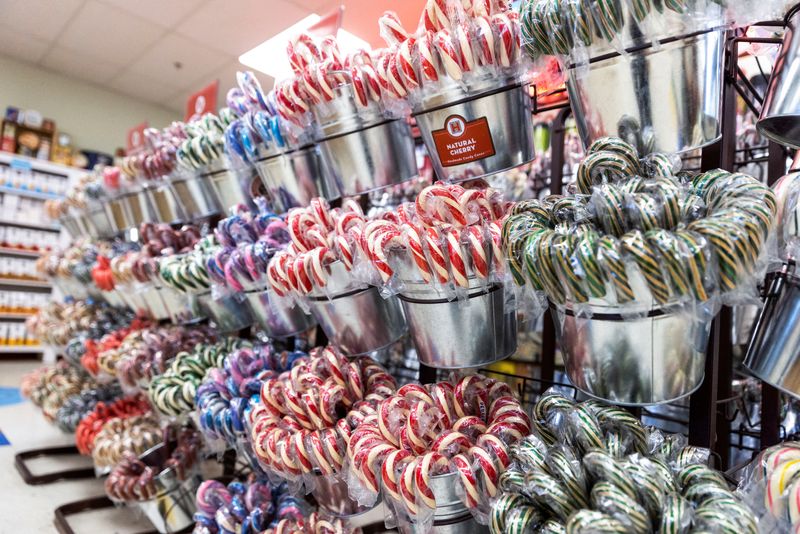 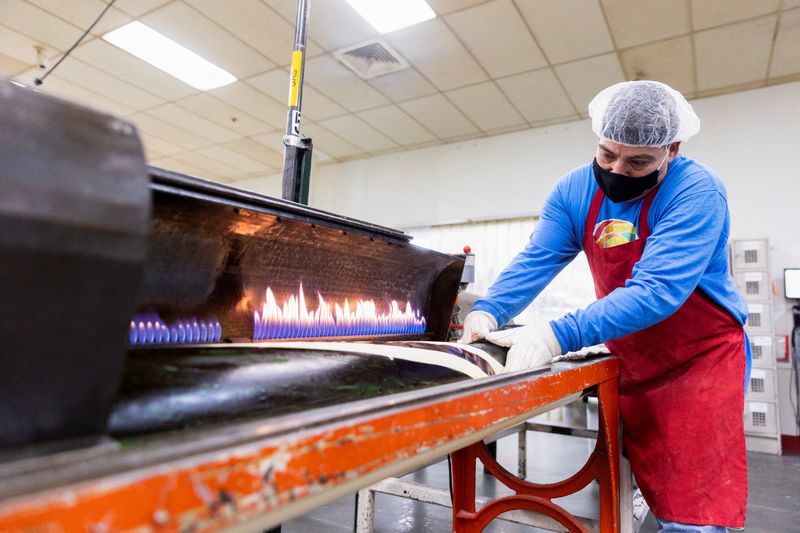 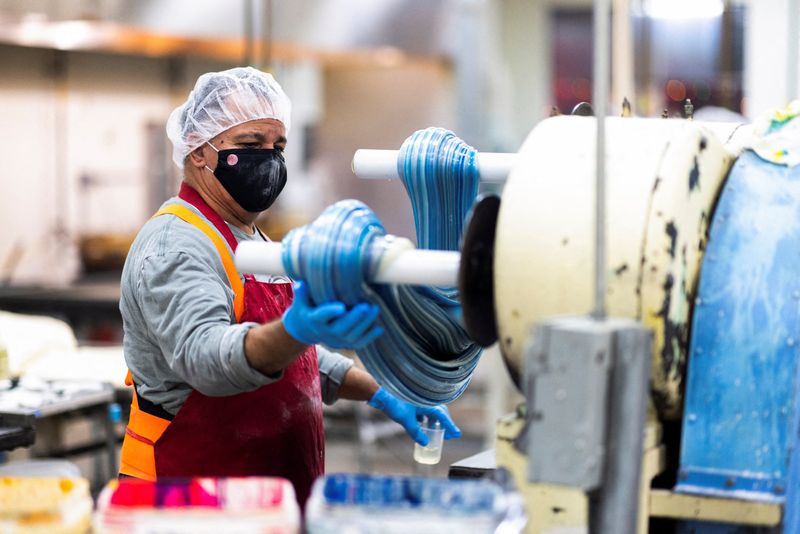 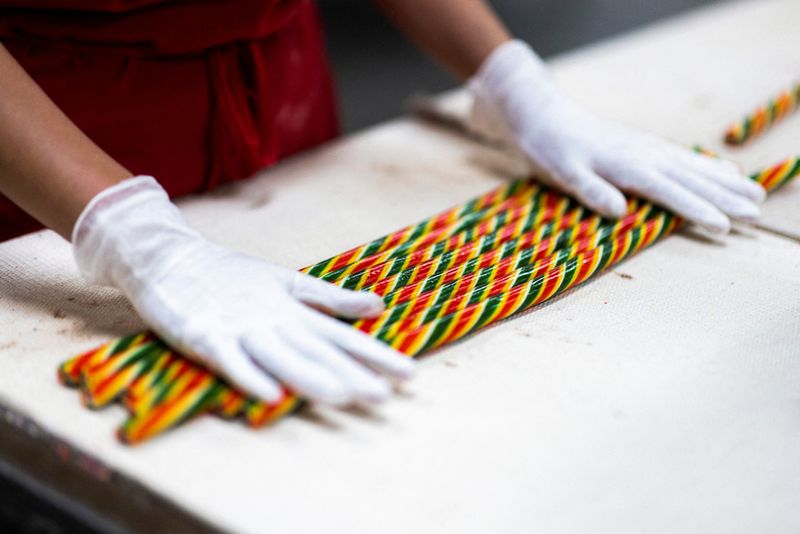 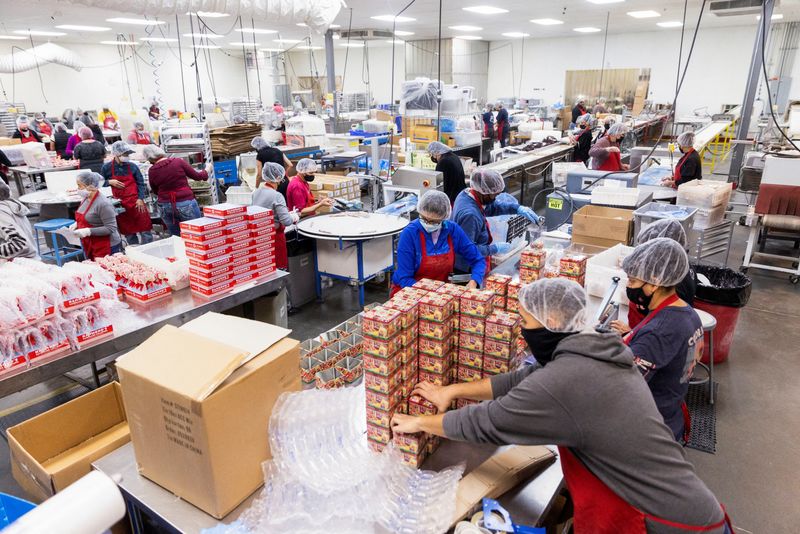