MILAN -Shares in Italian luxury menswear group Zegna rose on their New York market debut on Monday, after the company completed a merger with a U.S. blank check company in a deal with an enterprise value of $3.1 billion.

“Products that last and perform, and we’re both of those – it’s just a matter of accelerating … this project will make us raise our voice and raise our bar.”

The group will remain focused on internal growth, without ruling out external expansion routes that “fit its DNA.”

“The reason we’re here is that we need scale,” Zegna said. “But the new Zegna is a big start up … we need to concentrate our resources, our energies on it … no distractions. We have enough on our plate, but we’ll keep an open mind.”

At a time when the coronavirus pandemic is wrecking havoc with global supply chains and inflating the price of natural resources, Zegna pointed to possible acquisitions of suppliers.

“If you don’t control the supply chain you go nowhere …raw materials are going to be scarcer and scarcer and more expensive,” the CEO said.


The Zegna family will have a 66% stake in the group resulting from the merger with Investindustrial Acquisition Corp, a special purpose acquisition company (SPAC) sponsored by private equity firm Investindustrial and chaired by former UBS chief executive Sergio Ermotti.

Investindustrial founder Andrea Bonomi said he and Ermotti had put their business proposition to Zegna in January at a meeting in the mountains, putting on hold possible alternatives until he came back with an answer a couple of months later.

The deal, announced in July, is the latest example of an Italian family-owned fashion business attracting outside investors to fund expansion, boost marketing spending and compete with bigger players, after the industry was hit hard by the coronavirus crisis.

Zegna, founded in 1910 as a textile company and now a leader in luxury menswear under the family’s third generation, reaped gross proceeds of $761 million from the listing, mostly from Investindustrial and other participants in the deal.

As part of the overall transaction, the luxury group raised $169 million out of $402.5 million initially amassed by the SPAC as 58% of its investors took their money back – mass redemptions have been a common feature for this kind of deal in recent weeks.

A backstop deal with outside investors helped fill most of the gap, with the final enterprise value of $3.1 billion just short of the $3.2 billion initially mooted.

Over the past few weeks several companies, including Grab Holdings and BuzzFeed, that merged with SPAC entities to go public have seen their shares tumble, as investors pull the rug out from under the stocks hyped in Wall Street’s frenzied blank-check deals this year.

The average redemption rate has more than doubled to 58% in the fourth quarter from a year earlier, data from Dealogic showed, as many companies fall short of investors’ lofty expectations. 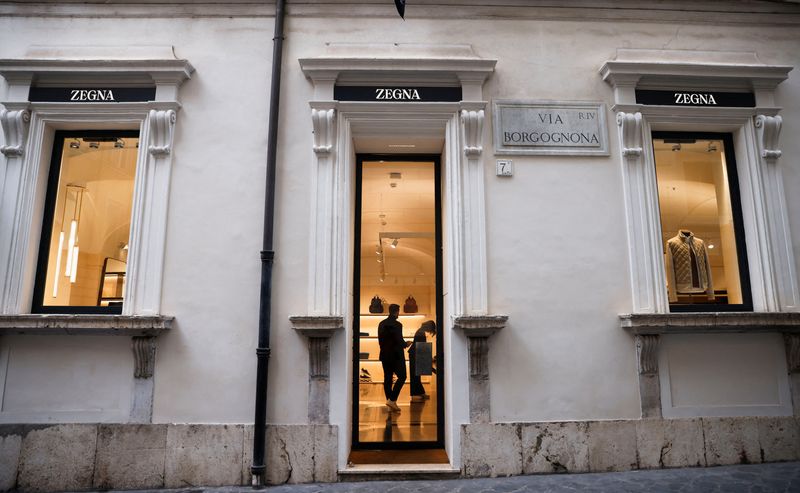