TOKYO – Japan raised its overall economic assessment for the first time in 17 months in December as consumers and companies turned more optimistic about the outlook on falling COVID-19 cases at home.

Authorities raised their views on private consumption and business conditions, with the services sector underpinned by easing coronavirus restrictions, but flagged ongoing risks from supply constraints and raw material prices.

The world’s third-largest economy shrank slightly faster than initially reported in the third quarter. But economists expect a rebound in the final quarter of 2021 after pandemic curbs were lifted by the end of September.

“The economy is picking up as severe conditions due to the coronavirus are gradually easing,” the government said in its December economic report on Tuesday.

But the government said it was necessary to “closely monitor” any risk from coronavirus variants such as Omicron on economies and financial markets.

Authorities raised their view on private consumption for the second month running.

“We upgraded our consumption assessment given the further recovery in services ranging from restaurants to entertainment and other sectors, as well as the rebound in car (sales) amid eased supply constraints,” a government official told reporters before the cabinet approved the report.

The government also upgraded its view on business conditions after the Bank of Japan’s quarterly tankan survey showed Japan’s service-sector mood improved to a two-year high. Authorities also raised their employment assessment for the first time in 15 months due to increased job postings.

The government downgraded its view on capital expenditure for the first time in 13 months. Firms’ capital spending, especially on software investments, slowed in the third quarter partly as a COVID-19 resurgence over the summer hampered business meeting opportunities, the official said.

Authorities also downgraded their views on housing construction for the first time in 27 months on weak housing starts.

The December report kept assessments on other economic elements such as production and prices unchanged. It also flagged downside risks from supply constraints and fluctuations in raw material prices, maintaining references seen in the November report.

To support the recovery further, the Japanese parliament approved a record $317 billion extra budget on Monday including payouts to households and companies. 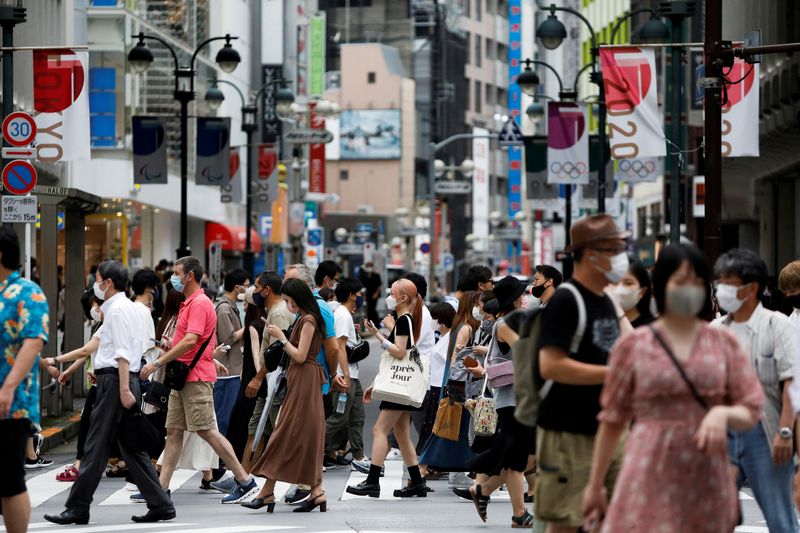