-The jury asked a question on Tuesday that suggested a possible deadlock in the trial of Kimberly Potter, the former Minnesota police officer who mistook her handgun for her Taser and fatally shot Black motorist Daunte Wright during a traffic stop.

“If the jury cannot reach consensus, what is the guidance around how long and what steps should be taken?” the jury asked in its question, which was read in open court by Judge Regina Chu at about 4:30 p.m. CST.

Chu re-read an instruction encouraging the 12 jurors to discuss the case “with a view toward reaching an agreement” and told them to continue deliberations, which they did until just after 6 p.m. before retiring without a verdict for a second day.

“You should not hesitate to re-examine your views and change your opinion if you become convinced they are erroneous,” Chu told the six men and six women, who have deliberated for 14 hours. “But you should not surrender your honest opinion simply because other jurors disagree or merely to reach a verdict.”

The jury also asked for permission to remove the zip-ties securing Potter’s 9 mm handgun, the weapon she fired at Wright, so that they could handle it. Chu granted the request while reassuring the jury that it was not loaded.

Potter, 49, has pleaded not guilty to first- and second-degree manslaughter charges, which carry maximum sentences of 15 and 10 years, respectively. Potter said she thought she was drawing her Taser when she shot Wright in the chest with her gun on April 11.

In their closing arguments on Monday morning, prosecutors said Potter acted recklessly and with “culpable negligence” in drawing the wrong weapon, while the defense argued that Wright caused his own death by resisting arrest and attempting to flee, and that Potter was justified in using force.

Potter is white and the shooting of Wright triggered several nights of protests outside the police station in Brooklyn Center, with critics calling it another example of police brutality against Black Americans. 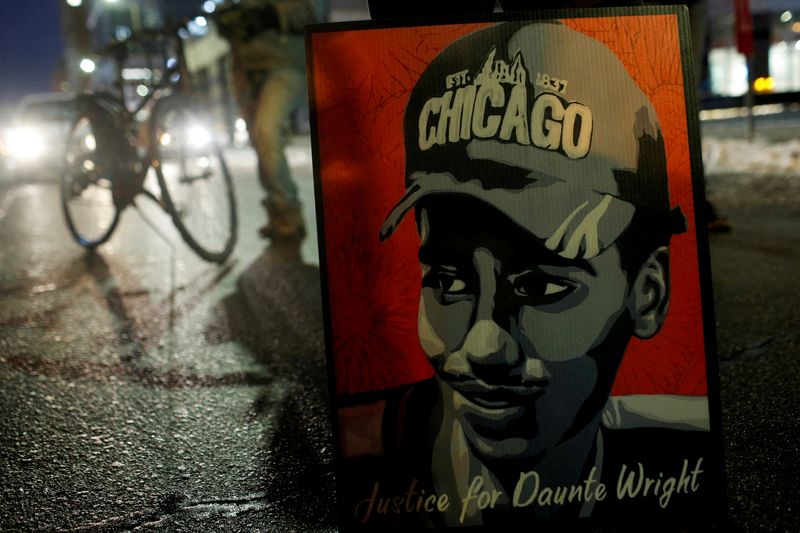