The five-year contract ends the stalemate between the Froot Loops maker and its factory workers in Michigan, Nebraska, Pennsylvania and Tennessee that had prompted the company to warn of permanently replacing striking employees, drawing criticism from President Joe Biden.

The union said the highlights of the new agreement included no permanent two-tier system, in which lower-tier workers make less than longer-tenured workers.

“This agreement makes gains and does not include any concessions,” said Anthony Shelton, president of the Bakery, Confectionery, Tobacco Workers and Grain Millers International Union.

Around 1,400 workers went on a strike since Oct. 5 after their contracts expired, as negotiations over payment and benefits stalled amid a tightening labor market.

“It will be difficult to go back. There is a lot of tarnished relationships that we will work diligently to repair,” said Dan Osborn, president of the local union in Omaha, adding the employees would return to work on Dec. 27.

The labor strike saw Senator Bernie Sanders rally with the striking workers in Michigan, while it also triggered calls for a boycott of Kellogg’s products by consumers on social media platforms Twitter and Reddit.

Shares of the Eggo waffles maker declined 3% in late-morning trade.

(Reporting by Praveen Paramasivam in Bengaluru; Editing by Anil D’Silva and Maju Samuel) 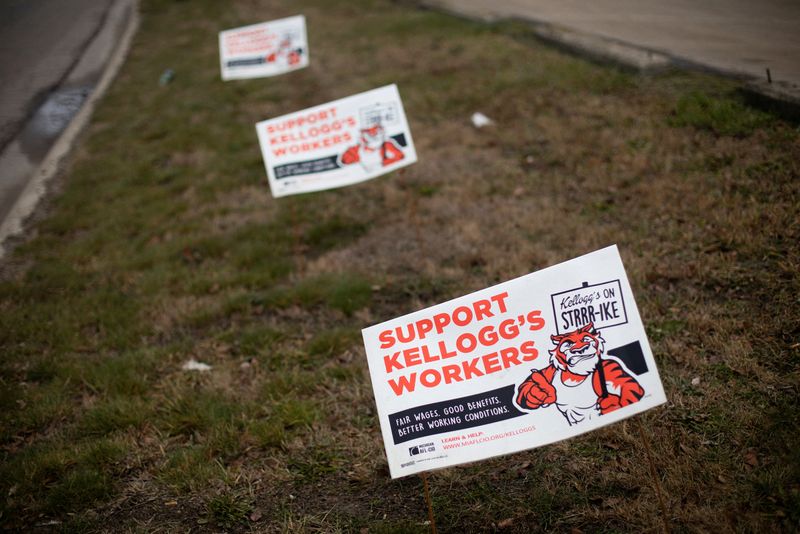 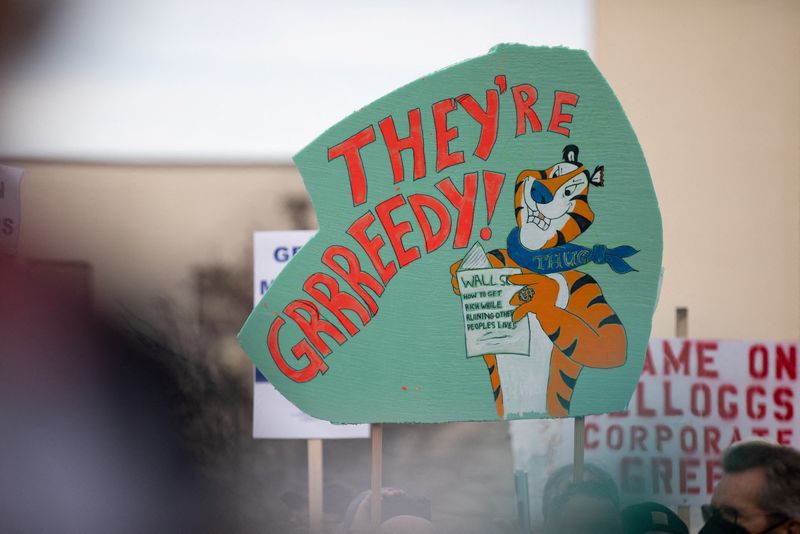