(Refiles to fix typo in byline)

By Aleksandra Michalska and Alan Duvall

MAYFIELD, Ky. -As survivors of the tornado that tore through Mayfield, Kentucky, last week come to grips with their losses, the Humane Society is focused on other victims: cats and dogs still inside destroyed houses or hiding under porches and bushes.

Early on Thursday, several four-wheel-drive vehicles of the Humane Society of the United States left a budget motel in nearby Calvert City and headed off in three directions, looking for strays and hoping to reunite them with their owners.

“Sadly, a lot of people have died in their homes here, and what they’re going to end up doing is just bulldozing this place,” said Kitty Block, the Humane Society’s chief executive, who headed to Mayfield.

Block said the goal is to bring the pets to the shelter and treat them as necessary, and then “get the message out that people can come, get their animals, find their animals, and be reunited with them.”

Block spoke as she tried to woo a gray, white and red cat to the safety of a carrier. Other Humane Society workers and volunteers tried to coax out scared cats from bushes and undergrowth, affixing notices to destroyed houses of pets found.

Some pet owners have had happy reunions.

“I missed my boy,” Kenney said. “He’s like my sidekick here … He goes everywhere I go, you know, he gets mad if I don’t take him.” 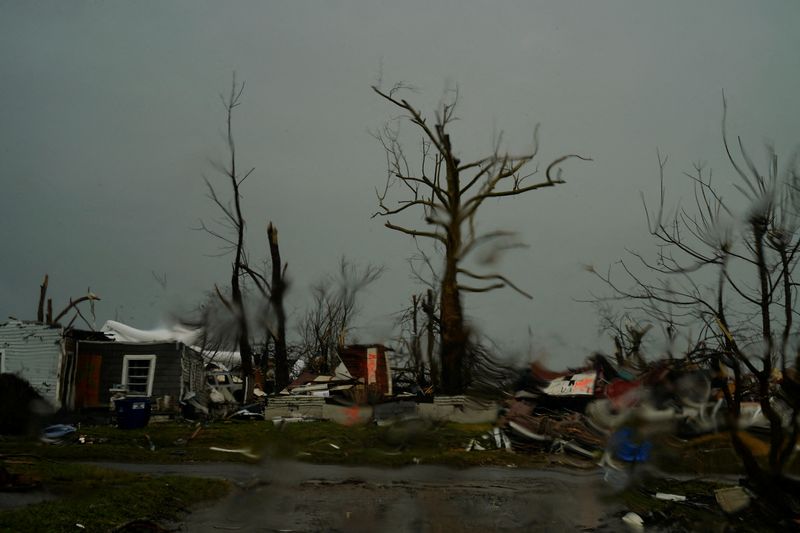