WASHINGTON -The U.S. current account deficit surged to a 15-year high in the third quarter amid a record increase in imports as businesses rushed to replenish depleted inventories to meet strong demand.

The Commerce Department said on Tuesday that the current account deficit, which measures the flow of goods, services and investments into and out of the country, accelerated 8.3% to $214.8 billion last quarter. That was the largest shortfall since the third quarter of 2006.

Data for the second quarter was revised to show a $198.3 billion deficit, instead of $190.3 billion as previously reported. Economists polled by Reuters had forecast a $205.0 billion deficit last quarter.

The current account gap represented 3.7% of gross domestic product. That was the largest share since the fourth quarter of 2008 and was up from 3.5% in the April-June quarter.

Still, the deficit remains below a peak of 6.3% of GDP in the fourth quarter of 2005 as the United States is now a net exporter of crude oil and fuel.

The wider deficit is not a problem for the United States given the dollar’s status as the world’s reserve currency. The third quarter likely marked a peak for the current account gap, though much would depend on the severity of the COVID-19 Omicron variant. The trade deficit narrowed sharply in October.

“Robust export growth in the fourth quarter suggests the balance has likely reached a cyclical trough and the latest trade data signals a narrower deficit in the fourth quarter,” said Mahir Rasheed, a U.S. economist at Oxford Economics in New York. “Assuming a moderate impact from the Omicron variant in the first quarter, we look for stronger foreign consumption and moderating U.S. demand to drive the current account deficit lower next year.”

Exports of goods advanced $4.8 billion to $441.6 billion, also a record high, driven by natural gas and petroleum products. There were also increases in exports of medicinal, dental, and pharmaceutical products. But exports of corn and soybeans fell.

Services exports fell $0.1 billion to $190.8 billion, pulled down by decreases in charges for licenses for the use of patents and trade secrets. There were also declines in exports of telecommunications, computer and information services. But professional and management consulting services increased. 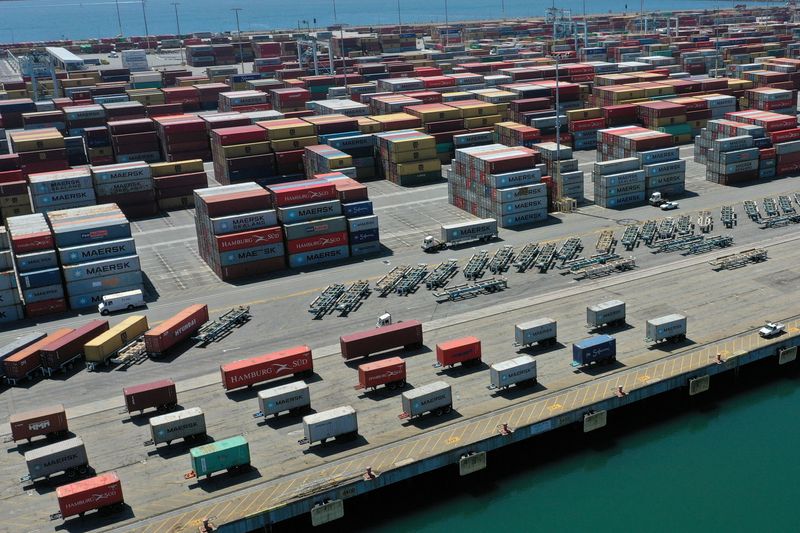