WASHINGTON – The U.S. Justice Department on Tuesday announced it would not force federal inmates who were sent home due to the coronavirus pandemic to return to prison once the emergency is lifted.

The decision represents a major reversal for the department’s Office of Legal Counsel, which previously had issued an opinion which said the Bureau of Prisons had no legal authority to keep inmates at home once the pandemic emergency had subsided.

It also marks a victory for criminal justice advocacy groups who have fiercely lobbied the department and the White House to take steps to ensure that law-abiding, low-level inmates would not be forced back into prison.

“Thousands of people on home confinement have reconnected with their families, have found gainful employment, and have followed the rules,” Attorney General Merrick Garland said in a statement.

In 2020, Congress passed the CARES Act, which broadened the Justice Department’s authority to release low-level inmates into home confinement during the pandemic to ease crowding and reduce the spread of COVID-19.

But in January of this year, the department’s Office of Legal Counsel issued a controversial opinion which found that once the emergency is lifted, the federal Bureau of Prisons “must recall prisoners in home confinement to correctional facilities” if they do not otherwise qualify to remain at home.

Dozens of advocacy groups including the American Civil Liberties Union, the Leadership Conference on Civil and Human Rights, the Justice Action Network and FAMM – a group that opposes mandatory minimum sentences – have urged the Justice Department to overturn that opinion.

They have also pressed the White House to use its clemency powers to commute the sentences of those who were sent home.

Garland said on Tuesday that he is also planning to direct the BOP to launch a rulemaking process that will ensure that inmates in home confinement will “be given an opportunity to continue transitioning back to society” and will not be “unnecessarily returned to prison.” 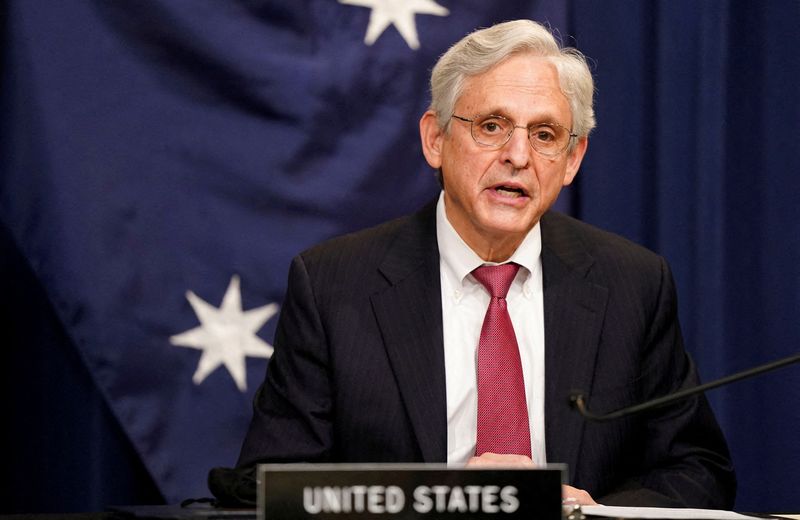