Now, that role no longer exists, the company confirmed.

Smithfield, which is owned by Hong Kong-listed WH Group Ltd, said it shifted the monitors’ duties to other personnel starting in the second quarter of this year because COVID-19 safety protocols became “second nature” and vaccines were available. As for cleaning, the company said facilities are “routinely sanitized for food safety reasons.”

Across the country, U.S. meat and chicken plants that reported some of the country’s largest coronavirus outbreaks last year have eased or adjusted protective measures implemented near the start of the pandemic, according to interviews with 10 plant employees, union officials and advocates for workers.

Safety concerns in slaughterhouses, where employees are often in close quarters, have made it harder for meat processors to hire and retain workers at a time when labor is already scarce and demand is booming.

Meat companies including Smithfield, Tyson Foods Inc and JBS USA say employee health is a top priority and that they require masks in plants, even though many states have relaxed COVID-19 mask and social distancing rules.

Workers and advocates say the companies could do more as the contagious Omicron variant rages and soaring meat prices boost profits.

About 59,000 meatpacking workers were infected with COVID-19 through January at U.S. plants run by Smithfield, Tyson, JBS, Cargill Inc and National Beef Packing Company, a U.S. House of Representatives subcommittee report said in October in the most comprehensive data to date.

Smithfield said it invested more than $800 million to protect employees from COVID-19 and follows federal health and safety guidelines.

The U.S. Occupational Safety and Health Administration cited Smithfield in 2020 for failing to protect Sioux Falls workers from COVID-19 and said last month the company agreed to assess its operating procedures as part of a settlement. Smithfield said the citation was without merit last year.

“We have in no way rolled back COVID-19 safety protocols,” he said. “We are confident that our protective measures are effective in mitigating COVID-19 illness among our employees.”

A Smithfield plant in Vernon, California, operating under the name Farmer John, stopped having employees work as social distance monitors roughly three months ago, said Darryl Blackwell, a UFCW steward who slices fat from pork in the plant. He would like to see them return.

“It’s pretty much do whatever you want as far as the social distancing,” he said. “With this new variant, you just can’t be too cautious.”

Smithfield confirmed it shifted monitors’ duties to other workers. The company did not provide data about vaccination rates. It said Smithfield hosted about 200 on-site vaccine drives that include boosters and that shots are widely available.


“Our vaccination and case rates are excellent,” Monroe said.

Motley estimated the South Dakota plant is about 60% vaccinated, compared with a rate of about 65% nationwide. He and Blackwell said boosters had not been offered at their facilities.

“Unless they do reconstruction of the plant or they slow down the line speeds, they’re still elbow-to-elbow in the plant,” said Kim Cordova, president of UFCW Local 7.

Company spokeswoman Nikki Richardson said JBS kept the vast majority of COVID-19 protocols in place and adjusts procedures as it evaluates cases among employees and in the community.

JBS said the Greeley plant has an 80% vaccination rate and 35% have received boosters, while 86% of all its workers are vaccinated. New hires must be vaccinated.

Tyson Foods, the only major meatpacker that requires vaccinations for all workers, has said its rate exceeds 96% and plants have started offering boosters.

A worker at a Tyson chicken plant in Rogers, Arkansas, said management told him the plant stopped having employees monitor social distancing.

Another chicken processor, Wayne Farms, has a vaccination rate of only 31% at a plant in Decatur, Alabama, and 42% companywide, spokesman Frank Singleton said. The Decatur plant has not reported positive COVID-19 cases since Nov. 22, he said on Friday.

Wayne Farms formerly paid Mona Darby, who has worked at the Decatur plant for 34 years, to come to work 20 to 30 minutes early to enforce proper mask-wearing as other employees arrived, she said. Darby estimated that half of the workers wore their masks correctly over their noses and mouths.

The company halted that role and stopped staggering breaks for employees over the summer, said Darby, also a local leader for the Retail, Wholesale and Department Store Union.

Singleton said Darby’s assistance was not needed because almost all workers comply with a requirement to wear masks.

The Decatur plant operates two production lines, down from five lines prior to the pandemic, because employees have quit, Darby said.

The company confirmed it operates two lines and has been impacted by a labor shortage, but said it still processes the same number of chickens daily.

“They just can’t get nobody to stay,” Darby said.


(Reporting by Tom Polansek in Chicago; Editing by Caroline Stauffer and Matthew Lewis) 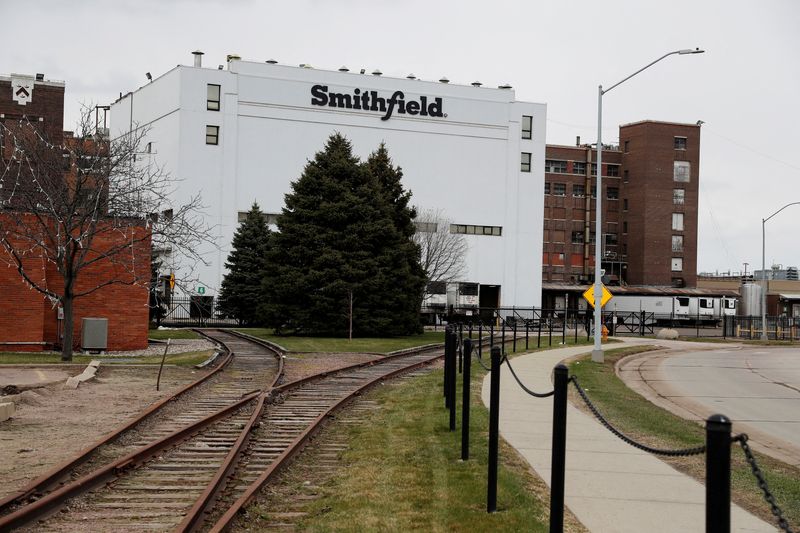