– Albemarle Corp does not expect its Chilean lithium operations to be affected by President-elect Gabriel Boric’s administration due to its long history in the country and “unique” contract to produce the electric vehicle battery metal.

Boric, a 35-year-old leftist lawmaker who takes office in March, won Sunday’s election by a double-digit margin on a platform of overhauling Chile’s market-oriented economic system. He repeatedly criticized lithium industry privatization during the campaign.

Chile has the world’s largest reserves of lithium, most of which is found in brine that flows underneath the country’s remote Atacama desert.

The election results spooked investors, pushing down shares of Charlotte, North Carolina-based Albemarle and Chilean-based rival SQM earlier this week. But Albemarle said it was unfazed and noted it has a contract to operate in Chile until at least 2043.

“We have been present in the country for more than 40 years and plan to be there for many more,” Albemarle spokesperson Kelli Hopp-Michlosky said in an emailed statement to Reuters on Wednesday. “In essence, we do not expect that the new administration will have any impacts on our operations in Chile.”

Albemarle noted that Boric said during the campaign he didn’t plan to nationalize lithium operations and would look instead to create a national lithium company. Chile’s government already operates Codelco, the world’s largest copper producer.

Albemarle also noted it pays a lithium royalty rate that can be as high as 40%, the highest lithium royalty in the world, gives money to communities living near its operations and funds water level studies.

“We remain committed to maintaining our strong relationships in Chile, producing sustainable lithium for the world and generating development for the country,” Hopp-Michlosky said. “We have a unique, long-term contract with the state of Chile.” 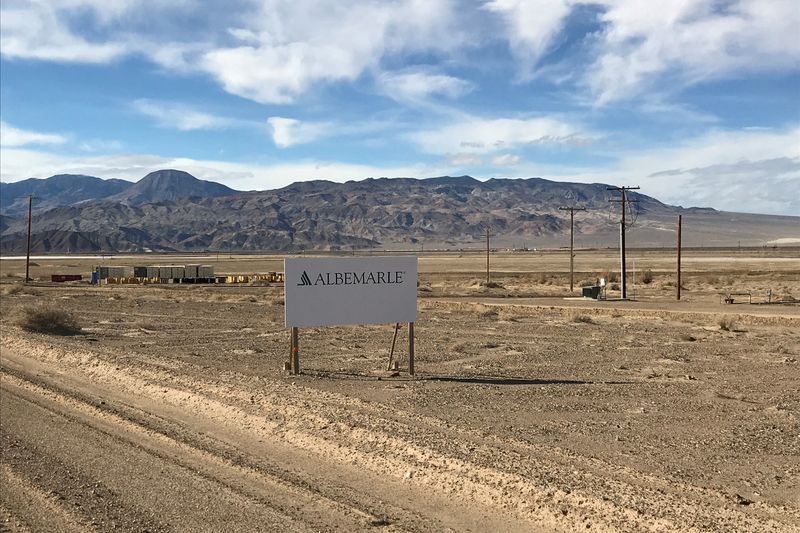