BRUSSELS – The European Commission proposed a law on Wednesday that would implement in Europe a global deal struck among the 20 biggest world economies (G20) on a minimum tax rate for companies.

The Commission proposal includes a common set of rules on how to calculate the globally agreed 15% effective tax rate, so that it is consistently applied across the EU.

“The directive we are putting forward will ensure that the new 15% minimum effective tax rate for large companies will be applied in a way that is fully compatible with EU law,” he said.

Gentiloni said the Commission would propose a second law in the middle of 2022 to implement the other part of the OECD and G20 agreement on the reallocation of taxing rights.

The EU minimum corporate tax law will apply to any company, domestic and international, with combined revenues of 750 million euros a year, situated in the EU.

To reduce the impact on groups carrying out real economic activities, companies will be able to exclude from tax calculations an amount of income equal to 5% of the value of tangible assets and 5% of payroll, the Commission said.

For a transition period of 10 years, the exclusions will be higher, starting at 8% of tangible assets and 10% of payroll that will gradually decline every year.

For the proposed law to come into force, all EU governments will have to agree and it will have to be consulted with the European Parliament as well. 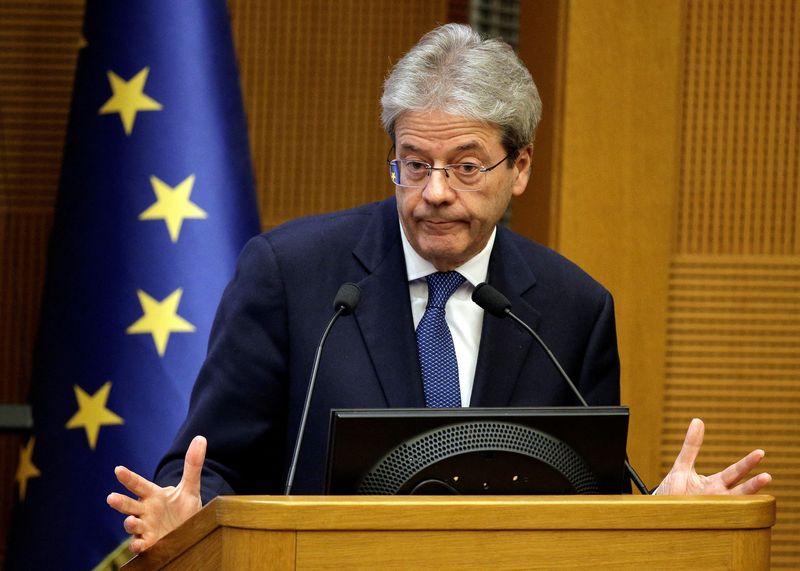