WASHINGTON – A member of the far-right Proud Boys group pleaded guilty on Wednesday to conspiracy and obstructing Congress from certifying President Joe Biden’s election on Jan. 6.

Matthew Greene, 34, of Syracuse, New York, could face up to five years in prison for the conspiracy charge and 20 years for obstructing an official proceeding.

He is the first self-described member of the Proud Boys to plead guilty for his role during the attack, which disrupted a joint session of Congress meeting to formally certify the November 2020 presidential election victory of Democrat Biden over then-President Donald Trump, a Republican.

More than 700 people so far have been arrested for their role in attacking the U.S. Capitol on Jan. 6.

As of Dec. 6, 145 defendants had pleaded guilty, although the vast majority of them involved much less serious misdemeanor charges.

About 40 defendants, many of whom belong to or are affiliated with far-right groups including the Proud Boys, the Oath Keepers and the Three Percenters, have been charged with conspiring either to impede Congress or law enforcement officials protecting the Capitol.

Greene, who joined the Central New York chapter of the Proud Boys in December 2020, was indicted along with fellow Proud Boy members William Pepe, 32, of Beacon, New York, and Dominic Pezzola, 44, of Rochester, New York. His alleged co-conspirators have pleaded not guilty to charges.

Greene and the other Proud Boys are accused of advancing into a restricted area at the Capitol after police barricades were torn down.


He witnessed other rioters assault police but nevertheless continued to follow others where he helped to remove additional police barricades.

According to the superseding indictment, Greene and his co-defendants later celebrated the storming of the Capitol.

“I’m good, we took the capital,” he wrote to one associate on an encrypted messaging app.

He remains detained pending his sentencing on March 10, 2022. 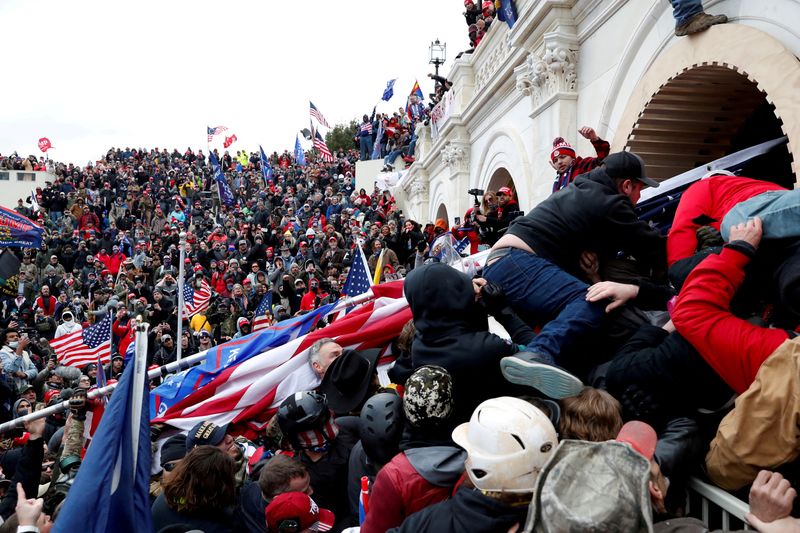