GENEVA/JOHANNESBURG -South African data offered a glimmer of hope on Wednesday about the severity of the Omicron coronavirus variant, but World Health Organization officials cautioned that it was too soon to draw firm conclusions as the strain spread across the globe.

With the second Christmas of the pandemic days away, countries imposed new restrictions on their citizens while worrying about the damage the variant might inflict on their economies.

Plans for Christmas parties and celebrations were wiped out from London to New Delhi amid the uncertainty.

Omicron was first detected last month in southern Africa and Hong Kong. Preliminary data indicated it was more resistant to vaccines developed before it emerged.

But a study https://www.reuters.com/world/africa/safrica-study-suggests-lower-risk-hospitalisation-with-omicron-versus-delta-2021-12-22by South Africa’s National Institute for Communicable Diseases (NICD) suggested that those infected with Omicron were much less likely to end up in hospital than those with the Delta strain.

The study, which has not been peer-reviewed, compared South African Omicron data from October and November with data about Delta between April and November.

“In South Africa, this is the epidemiology: Omicron is behaving in a way that is less severe,” the NICD’s Professor Cheryl Cohen said.

“Compellingly, together our data really suggest a positive story of a reduced severity of Omicron compared to other variants.”

It noted though that as the majority of people in South Africa have had a prior COVID-19 infection, they could have a higher level of immunity.

However, the WHO technical lead on COVID-19, Maria van Kerkhove, said the U.N. agency did not have enough data to draw firm conclusions.

The data was still “messy,” she told a briefing in Geneva.

“We have not seen this variant circulate long enough in populations around the world, certainly in vulnerable populations. We have been asking countries to be cautious, and to really think, especially as these holidays are coming up.”

The WHO’s European head, Hans Kluge, told Reuters in Brussels that three to four weeks was needed to determine Omicron’s severity. He said Omicron was likely to be the main coronavirus strain in Europe in a few weeks.

Britain on Wednesday reported more than 100,000 new daily COVID-19 cases for the first time since widespread testing was introduced, leaving many industries struggling with staff shortages as workers self-isolate.

“There is no doubt that Europe is once again the epicentreof the global pandemic. Yes, I’m very concerned, but there is no reason for panic. The good news is… we know what to do,” Kluge said.

Germany, Scotland, Ireland, the Netherlands and South Korea have reimposed partial or full lockdowns or other social distancing measures in recent days.

Germany’s health minister said he had not ruled out a full lockdown.

Spain made it compulsory to wear a face mask outdoors again as part of a package aimed at containing Omicron. But Prime Minister Pedro Sanchez reassured citizens: “Don’t worry, families will be able to celebrate Christmas.”

In the United States, U.S. Centers for Disease Control and Prevention (CDC) Director Rochelle Walensky said the seven-day average of COVID-19 cases increased by 25% from the previous week to about 149,300 cases per day.

On Tuesday, President Joe Biden warned the quarter of American adults who are unvaccinated that their choices could spell the “difference between life and death”.

In Asia, New Delhi banned Christmas and other celebrations ahead of the New Year.

The Chinese city of Xian – home to the Terracotta Warriors – told its 13 million residents to stay at home as it struggled to contain rising COVID-19 cases.

Policymakers across the world are trying to address the economic blow that might come from new outbreaks.

But Wall Street saw a broad rally on Wednesday after the hopeful news on Omicron’s severity and upbeat consumer confidence and other economic data.

More than 275 million people have been reported to be infected with the coronavirus around the world, and nearly 5.7 million have died, according to a Reuters tally.

Infections have been reported in more than 210 countries and territories since the first cases were identified in central China in December 2019.

Eikon users can click https://apac1.apps.cp.thomsonreuters.com/cms/?navid=1063154666 for a case tracker.

(Reporting by Reuters bureaux around the world; Writing by Nick Macfie and Angus MacSwan; Editing by Mark Heinrich and Sonya Hepinstall) 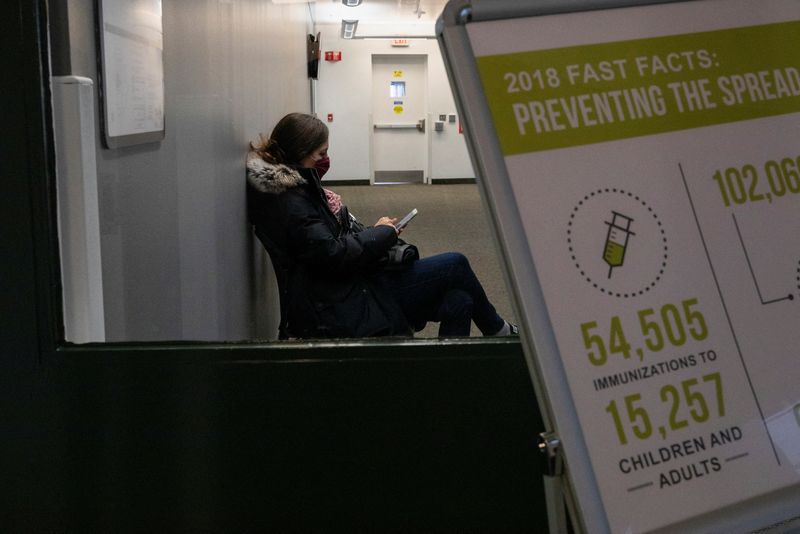 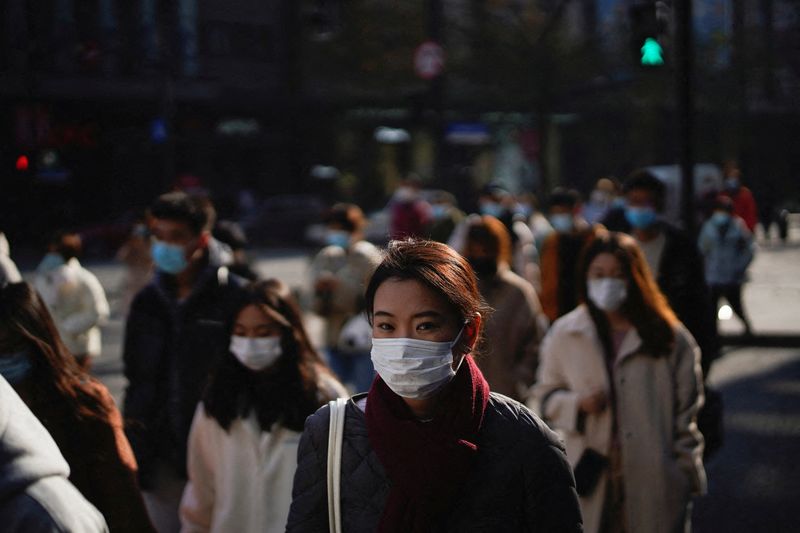 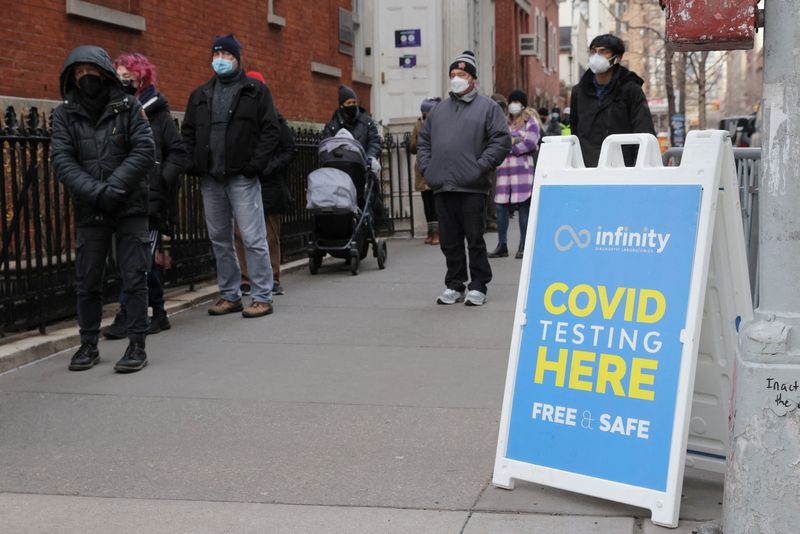 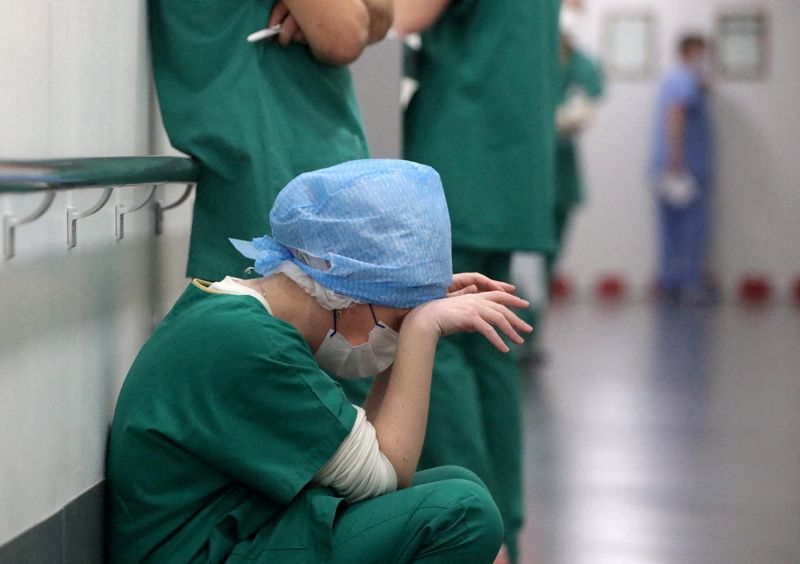 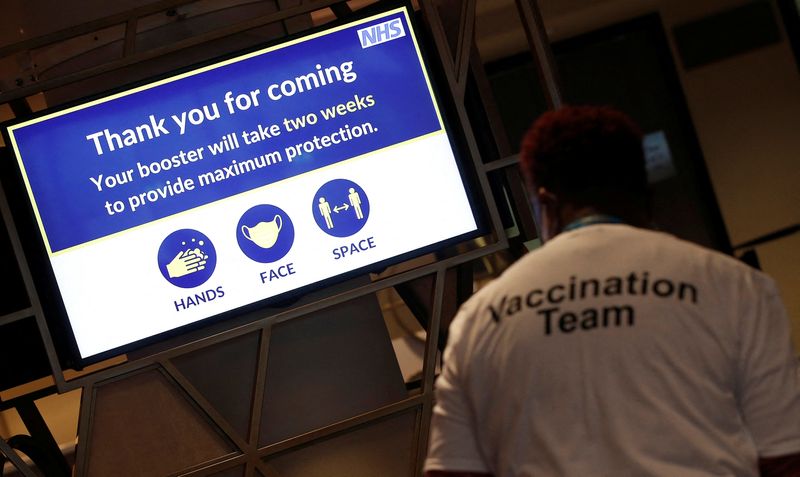