WASHINGTON – U.S. consumer confidence improved further in December, suggesting the economy would continue to expand in 2022 despite a resurgence in COVID-19 infections and reduced fiscal stimulus.

The survey from the Conference Board on Wednesday showed more consumers planned to buy a house and big-ticket items such as motor vehicles and major household appliances as well as go on vacation over the next six months. Inflation concerns eased a bit and households remained upbeat about the labor market.

This will likely help to underpin consumer spending even as government income to households is diminishing.

President Joe Biden’s signature $1.75 trillion domestic investment bill known as Build Back Better (BBB), which aims to expand the social safety net and tackle climate change, suffered a blow on Sunday when moderate Democrat Senator Joe Manchin said he would not support it. That prompted economists to slash their growth estimates for next year.

“Consumers are bullish on 2022,” said Robert Frick, corporate economist with Navy Federal Credit Union in Vienna, Virginia. “This is further evidence that consumer spending will keep rising and be the main factor fueling the expansion.”

The Conference Board’s consumer confidence index increased to a reading of 115.8 this month from an upwardly revised 111.9 in November. Economists polled by Reuters had forecast the index rising to 110.8 from the previously reported reading of 109.5. The cut-off date for the survey, which places more emphasis on the labor market, was Dec. 16.

Consumers’ inflation expectations over the next 12 months fell to 6.9% from a more than 13-year high of 7.3%. Its so-called labor market differential, derived from data on respondents’ views on whether jobs are plentiful or hard to get, slipped to a still-high reading of 42.6 this month from 44.7.

The show of underlying strength as the nation confronts a winter wave of coronavirus infections, driven by the Delta and highly contagious Omicron variants is welcome news. Surging infections could significantly curb growth in the first quarter.

Stocks on Wall Street were trading higher. The dollar slipped against a basket of currencies. U.S. Treasury prices were higher.

The run of good news was extended by a second report from the National Association of Realtors showing existing home sales rose 1.9% to a seasonally adjusted annual rate of 6.46 million units in November.

But the housing market continues to be dogged by a severe shortage of homes for sale, which is keeping house prices elevated and squeezing first-time buyers out.

The median existing house price increased 13.9% from a year earlier to $353,900 in November. First-time buyers accounted for 26% of sales last month, compared to 32% a year ago. That was the smallest share since January 2014.

The reports added to October consumer spending data as well as a sharp narrowing of the trade deficit and steady rebuilding of inventories by businesses in suggesting the economy this year is on track to record its best performance since 1984.

A third report from the Commerce Department on Wednesday showed gross domestic product increased at a 2.3% annualized rate in the July-September quarter, revised up from the 2.1% rate estimated last month.

Growth last quarter was the slowest since the second quarter of 2020, when the economy suffered a historic contraction in the wake of stringent mandatory measures to contain the first wave of coronavirus cases.

The economy was restrained by a resurgence in coronavirus infections over summer, shortages of motor vehicles amid strained global supply chains as well as a decline in pandemic relief money from the government to businesses, households and state and local governments.

Growth was also hampered by Hurricane Ida, which devastated U.S. offshore energy production at the end of August.

Fourteen out of 22 industries contributed to GDP growth in the third quarter. Services industry output increased at a 3.9% rate, led by professional, scientific and technical services, finance and insurance, administrative and waste management, as well as accommodation and food services, and information. That partly offset decreases in retail and wholesale trade.

Output in the goods-producing industries contracted at a 5.5% pace, reflecting a broad decline that was dominated by construction. The government sector grew at a 5.1% rate, led by state and local governments. 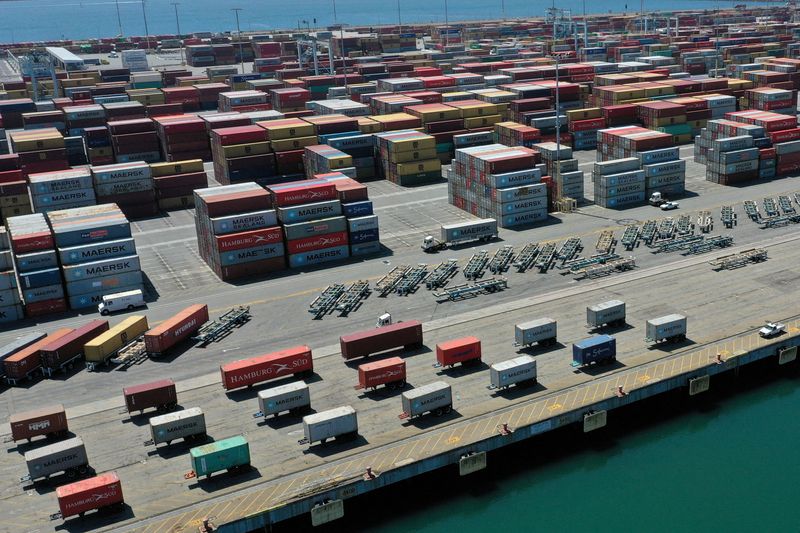