Existing home sales rose 1.9% to a seasonally adjusted annual rate of 6.46 million units last month, the National Association of Realtors said on Wednesday. Sales rose in the most affordable Midwest region and the densely populated South as well as the West. They were unchanged in the Northeast.

Economists polled by Reuters had forecast sales rising to a rate of 6.52 million units. Home resales, which account for the bulk of U.S. home sales, fell 2.0% on a year-on-year basis.

Strong demand for housing is being driven by both individual buyers and investors, who renovate and then resell the homes to take advantage of the hot housing market. But supply has continued to lag, keeping house price elevated.

There is a record backlog of houses authorized for construction but not yet started, according to government data published last week. Builders are struggling with worker shortages, expensive materials and delays getting supplies.

The median existing house price increased 13.9% from a year earlier to $353,900 in November. Higher prices and rising mortgage rates could cool demand somewhat next year.

The 30-year fixed-rate mortgage averaged 3.12% last week, ticking up from 3.10% in the prior week, according to data from mortgage finance agency Freddie Mac.

A report from the Mortgage Bankers Association on Wednesday showed the volume of mortgage applications slid to the lowest in nearly two years last week on the back of a 3% drop in applications for loans to purchase a home.

The Federal Reserve said last week it would end its pandemic-era bond purchases in March and pave the way for three quarter-percentage-point interest rate hikes by the end of 2022.

There were 1.11 million previously owned homes on the market last month, down 13.3% from a year ago.

At November’s sales pace, it would take 2.1 months to exhaust the current inventory, down from 2.3 months a year ago. A six-to-seven-month supply is viewed as a healthy balance between supply and demand.

First-time buyers accounted for 26% of sales last month, compared to 32% a year ago. That was the lowest level since January 2014. 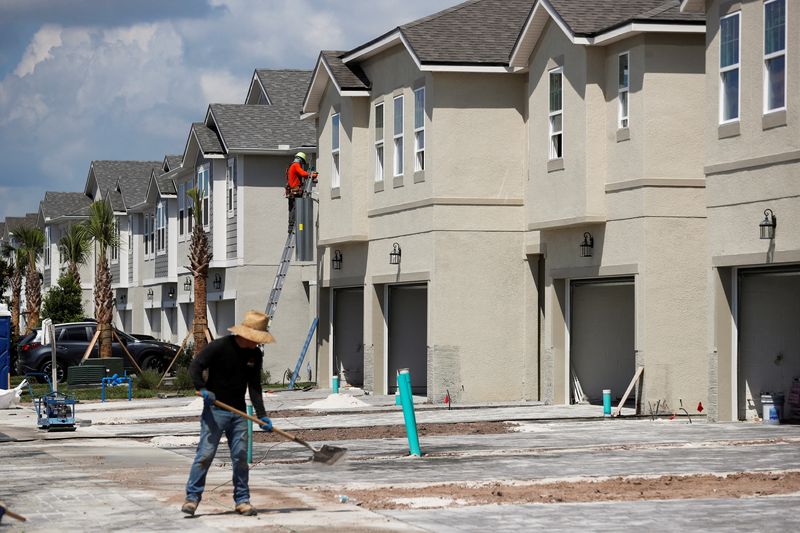