– The volume of U.S. mortgage applications slid to the lowest in nearly two years last week on the back of a 3% drop in applications for loans to purchase a home, data out on Wednesday showed in another indication that the limited inventory of homes on the market continues to constrain housing market growth.

The Mortgage Bankers Association said its weekly composite index tracking mortgage application volumes slipped 0.6% in the week ended Dec. 17 from a week earlier to a seasonally adjusted 588.4. That was the lowest level since the first week of January 2020.

The drop was led by purchase loan volumes declining to the lowest in a month, offsetting a modest uptick in refinancing applications, which in recent weeks had sagged to the lowest in roughly two years as mortgage interest rates climbed.

The contract rate on a conventional 30-year mortgage – the most popular form of U.S. home loan – edged down to 3.27% this week from 3.3% the week before. They most recently topped out at 3.31% in late November, the highest since April and are now about 0.4 percentage points higher than their historic lows reached about a year ago.

The average application loan size in the latest week was the second highest ever at $416,200, signaling that most of the activity is concentrated in the high-end of the market.

Later on Wednesday, the National Association of Realtors will post its existing home sales data for November, which is expected to show transaction volumes increased for a third straight month. Despite that expected improvement, economists at Oxford Economics said they do not expect home sales to keep rising briskly in the months ahead as limited inventory and high prices “have made homebuying unaffordable for some would-be buyers.” 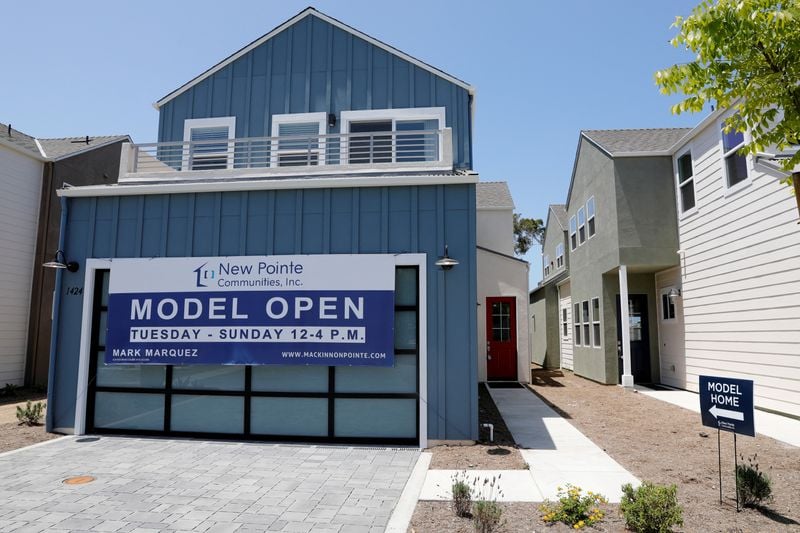