By Carl O’Donnell and Ahmed Aboulenein

NEW YORK/WASHINGTON – A surge in U.S. COVID-19 cases from the Omicron variant is overwhelming testing capacity in high-infection areas like New York City due in part to staffing shortages among healthcare workers and the limited number of open test sites, according to interviews with more than a dozen officials, health providers, and testmakers.

Some testing centers, such as the New York area’s CityMD, have had to shut sites due to a lack of workers, causing long lines in others, they say. The demand is exacerbated by a months-long shortage of at-home rapid tests in pharmacies that has worsened in hardest-hit regions.

The highly contagious Omicron variant has become the dominant coronavirus strain in the United States in the past 10 days. U.S. infections have doubled since early November to a seven-day average of more than 150,000 cases per day, according to a Reuters tally. One national lab company said testing has increased more than 30% in the past week. States where infections are climbing such as Ohio and Texas also said they were struggling to keep up with demand.

“The issue… in our community is with access,” said Dr. John D’Angelo, who heads emergency medicine at Northwell Health, a health system in New York. “The demand for rapid testing is driving long lines at our testing sites.”

A spokesperson for XpresCheck, which provides COVID-19 tests at 11 U.S. airports, said recent staffing shortages have worsened the impact of rising infections, resulting in longer wait times for airport testing.

The United States has a shortage of workers across industries with about 11 million available jobs going unfilled, according to the Bureau of Labor Statistics.

In healthcare and social work, about 8.3% of jobs are vacant based on October federal data, about 1.5 percentage points above the overall rate.

“Our big one-two punch is an Omicron surge… with unprecedented depletion of our health care workers,” said Dr. Peter Hotez, dean of the National School of Tropical Medicine at Baylor College of Medicine.


Demand for tests will likely increase until January based on current models of the virus’s spread, said Mark Stevenson, chief operations officer at Thermo Fisher Scientific, a testmaker.

The White House has invested $3 billion since September with the aim of quadrupling U.S. production of rapid at-home tests to 200 million per month by December.

Several testmakers told Reuters they have more than doubled capacity in recent months putting tens of millions more tests on the market each month.

That would still fall far short of the number of rapid at-home tests that health experts say are needed for the country’s 330 million residents.

The White House on Tuesday said it will open testing centers across the country, starting with one in New York City before Christmas. It also plans to provide 500 million rapid at-home tests for free directly to consumers starting January.

“By the time these tests are rolled out, we will very likely be right in the middle of the peak, if not past it,” said Sam Scarpino, managing director of pathogen surveillance at the Rockefeller Foundation’s Pandemic Prevention Institute.

Thermo Fisher said it is boosting its supply from around 5 million COVID-19 tests per week in October to as much as 20 million by the end of the year. Quidel Corp says it has increased its test production to a run-rate of around 70 million per month, up from around 20 million earlier this year.


Testmaker InBios International, one of 11 FDA-approved at home tests, expects to supply up to 5 million tests monthly starting in January. Experts caution that the White House’s purchases of 500 million rapid tests could divert supplies from retailers and some healthcare providers.

A report by the Kaiser Health Foundation assessing the availability of four rapid home COVID-19 tests at six major U.S. online retailers found that tests were unavailable 73% of the time in November, compared to 95% in September.

“Test manufacturers can only make a finite number of tests,” said Lindsey Dawson, an associate director of healthcare policy at the Kaiser Family Foundation.

“Whether what’s leftover…is enough for consumers looking to pick up tests at their drugstore (or) community health center, is something that we’ll have to watch.” 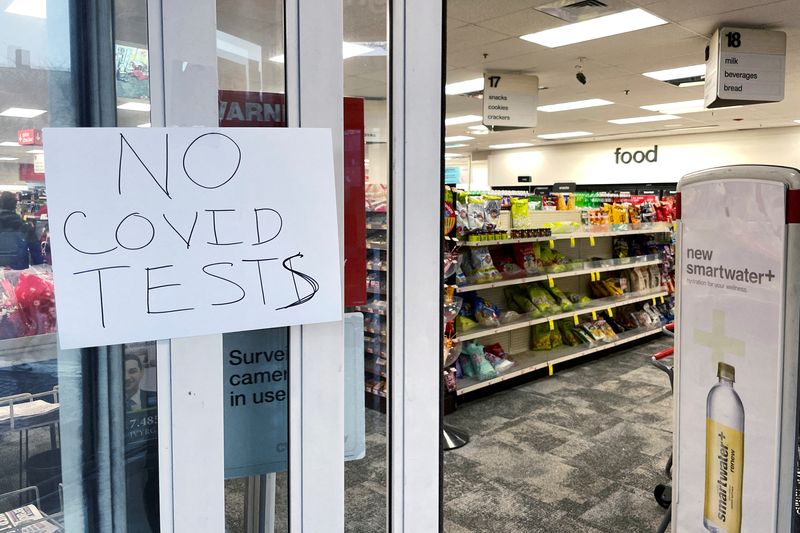 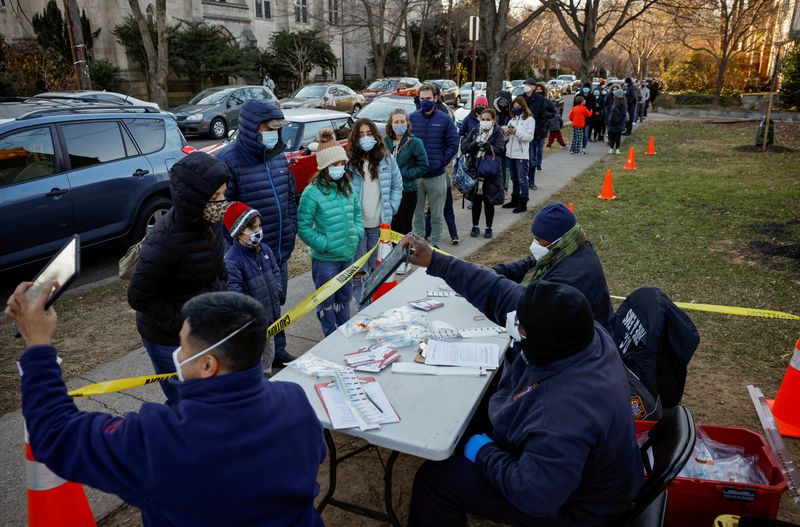 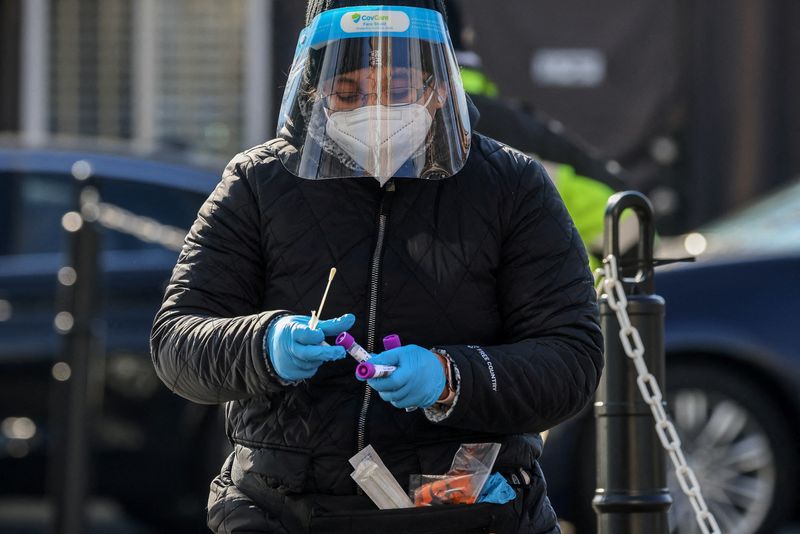 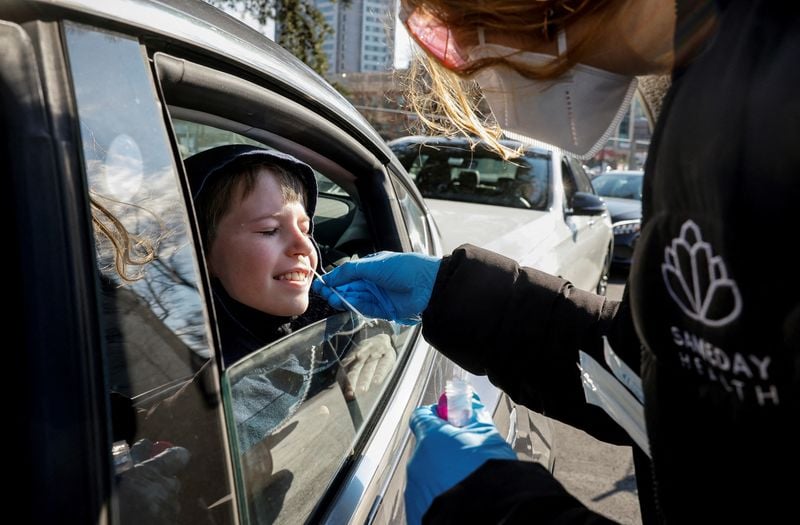 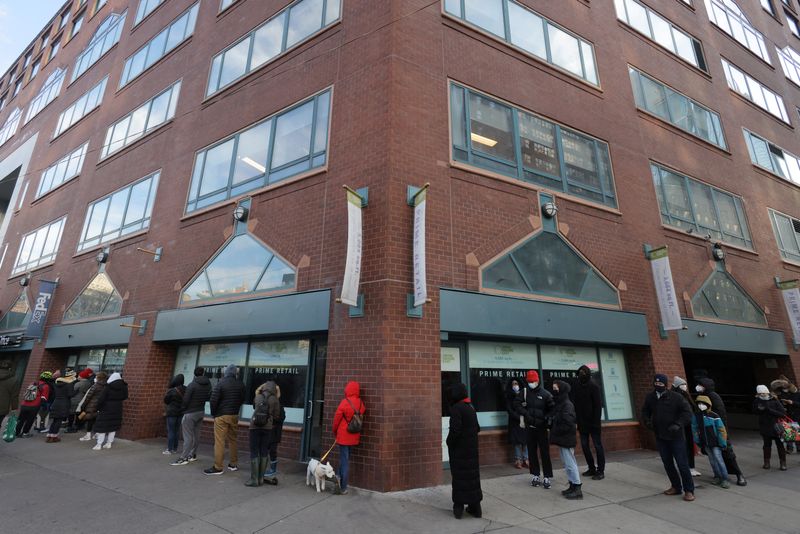