By Jorge Otaola and Hernan Nessi

BUENOS AIRES – Argentina’s leak of foreign currency is picking up pace and triggering new doubts about the fragile economy amid complex negotiations with the International Monetary Fund to restructure more than $40 billion in debt the country cannot pay.

The government, beaten badly in midterm elections last month, has been fighting high inflation by spending dollars to prop up the local peso currency. Savers, wary of capital controls, also look to shift funds outside the banking system.

Gross central bank reserves have dropped more than $5 billion since an August peak to some $41 billion. A $1.9 billion payment to the IMF on Wednesday takes that to $39 billion. Liquid reserves are close to zero, some analysts say.

In the last two months, private bank deposits in dollars fell by around $1 billion, official and market data show – a trend also seen in emerging market neighbors like Chile and Peru at a time of political uncertainty following recent elections.

“The leak of reserves and deposits is going to continue, not just because the peso is of no interest to almost anyone, but also political signals aren’t generating security,” said Armando Rojas, an analyst at the private consultancy Rojas.

Argentina’s outflow of dollars goes back years, but it’s now gaining pace with little faith in the peso sapping wages and savings. The local currency has tumbled against the greenback and faces inflation currently running at more than 50% per year.

Argentines often look to take foreign currency out of the banking system and the central bank is forced to regularly intervene in the foreign exchange markets to prop up the peso, currently held in check by strict capital controls.

The controls – put in place after a market crash and capital flight in 2019 – have pushed many Argentines to informal currency markets, where dollars are around twice as expensive as in the official market.

Javier Timerman, executive director of the consulting firm AdCap, said many Argentine had lost trust in the center-left Peronist government of President Alberto Fernandez, which was beaten in midterm congressional elections last month.

“There are increases of up to 50% in safe deposit boxes due to the outflow of deposits in dollars, despite the fact that we have a very healthy financial system,” Timerman said.

“The government has to give clear signals.”

Private analysts estimate, based on official data, that there are some $250 billion in Argentine savings outside the formal financial system or in deposits abroad – a reflection of the lack of faith in the local market.

Argentina is also in the final throes of talks for a new IMF program to replace a failed loan agreement from 2018, which was the fund’s largest ever but was unable to keep the country slipping back into economic crisis. The government hopes to close a deal before March, when nearly $4 billion comes due of some $19 billion it needs to pay in 2022.

Argentina’s central bank is now evaluating an interest rate hike, a source told Reuters, in a bid to bring down inflation as the economy recovers from the impact of the COVID-19 pandemic.

“A rate hike by the central bank is necessary,” said Emiliano Anselmi, an analyst at Portfolio Personal Inversiones. “Currently it is very negative (compared to inflation) and this has been strengthening the dollar.” 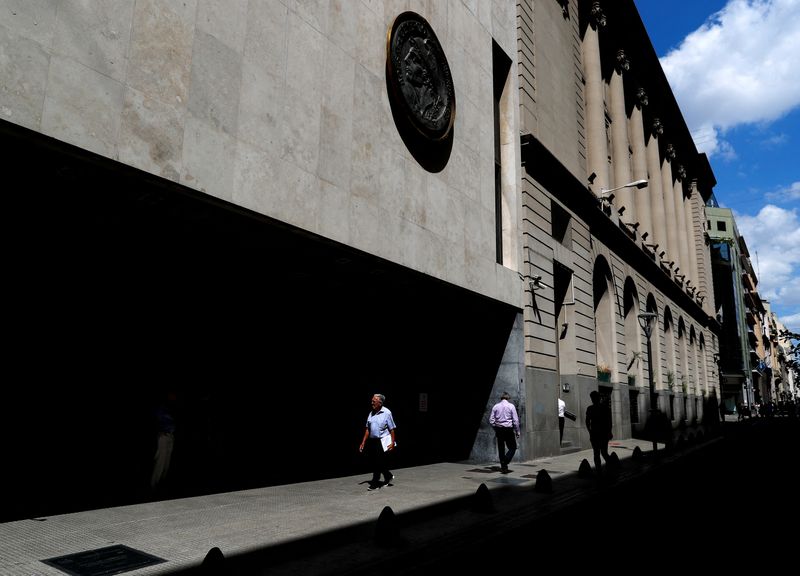 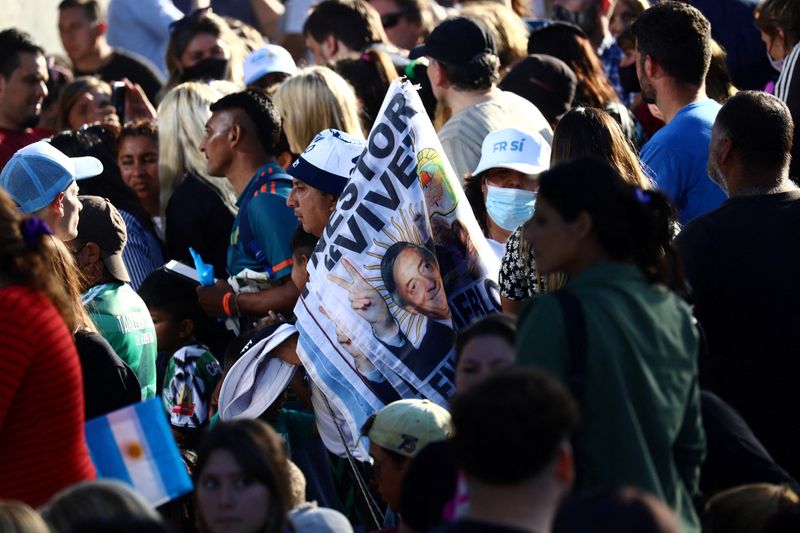