By David Brunnstrom and Paul Grant

The Uyghur Forced Labor Prevention Act is part of the U.S. pushback against Beijing’s treatment of the China’s Uyghur Muslim minority, which Washington has labeled genocide.

The bill passed Congress this month after lawmakers reached a compromise between House and Senate versions.

Key to the legislation is a “rebuttable presumption” that assumes all goods from Xinjiang, where Beijing has established detention camps for Uyghurs and other Muslim groups, are made with forced labor. It bars imports unless it can be proven otherwise.

Some goods – such as cotton, tomatoes, and polysilicon used in solar-panel manufacturing – are designated “high priority” for enforcement action.

China denies abuses in Xinjiang, a major cotton producer that also supplies much of the world’s materials for solar panels.

Its Washington embassy said the act “ignores the truth and maliciously slanders the human rights situation in Xinjiang.”

“This is a severe violation of international law and norms of international relations, and a gross interference in China’s internal affairs. China strongly condemns and firmly rejects it,” embassy spokesperson Liu Pengyu said in an emailed statement.

He said China “would respond further in light of the development of the situation,” but did not elaborate.

Nury Turkel, Uyghur-American vice chair of the U.S. Commission on International Religious Freedom, told Reuters this month the bill’s effectiveness would depend on the willingness of Biden’s administration to ensure it is effective, especially when companies seek waivers.

U.S. Secretary of State Antony Blinken said Biden’s approval of the law  underscored  the “United States’ commitment to combatting forced labor, including in the context of the ongoing genocide in Xinjiang.”

“The State Department  is committed to working  with Congress  and our interagency partners to continue addressing forced labor in Xinjiang  and to strengthen international action against this egregious violation of human rights,” he said in a statement.

One of the bill’s co-authors, Democratic Senator Jeff Merkley, said it was necessary to “send a resounding and unequivocal message against genocide and slave labor.”

“Now … we can finally ensure that American consumers and businesses can buy goods without inadvertent complicity in China’s horrific human rights abuses,” he said in a statement.

In its final days in January, the Trump administration announced a ban on all Xinjiang cotton and tomato products.

The U.S. Customs and Border Protection agency estimated then that about $9 billion of cotton products and $10 million of tomato products were imported from China in the past year. 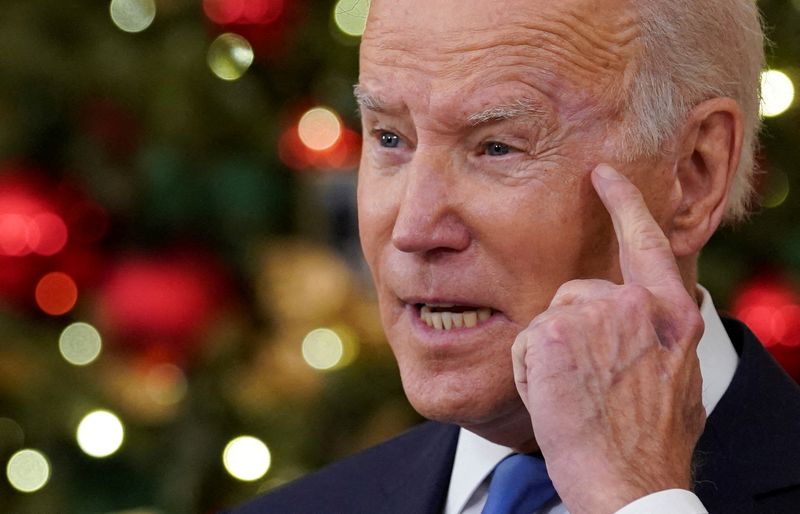