BOSTON – An Illinois board overseeing state employee pension funds on Wednesday voted to bar funds from holding Unilever PLC shares due to sales limits by the company’s Ben & Jerry’s ice cream brand in Israel, joining at least five other U.S. states moving to restrict the stock.

A representative for the Illinois Investment Policy Board said it voted 7-0 at a meeting on Wednesday “to add Unilever to its prohibited entity list,” following similar moves by other states including New York and New Jersey.

An exact value of Unilever shares that state funds must now sell, if they own them, was not immediately available. Members of the board include representatives of Illinois teachers and university retirement systems and the Illinois State Board of Investment, who did not immediately respond to questions Wednesday evening.

Unilever representatives did not immediately respond to questions.

Like other states Illinois law bars investments in companies that boycott Israel. Ben & Jerry’s moved in July to end a license for its ice cream to be sold in the West Bank and East Jerusalem, saying sales there were “inconsistent with its values.” Most countries consider Israeli settlements on occupied Palestinian land to be illegal. Israel disputes this.

Unilever had said the decision was made by Ben & Jerry’s independent social mission board and said it does not support efforts to boycott or isolate Israel, where it employs nearly 2,000 people. 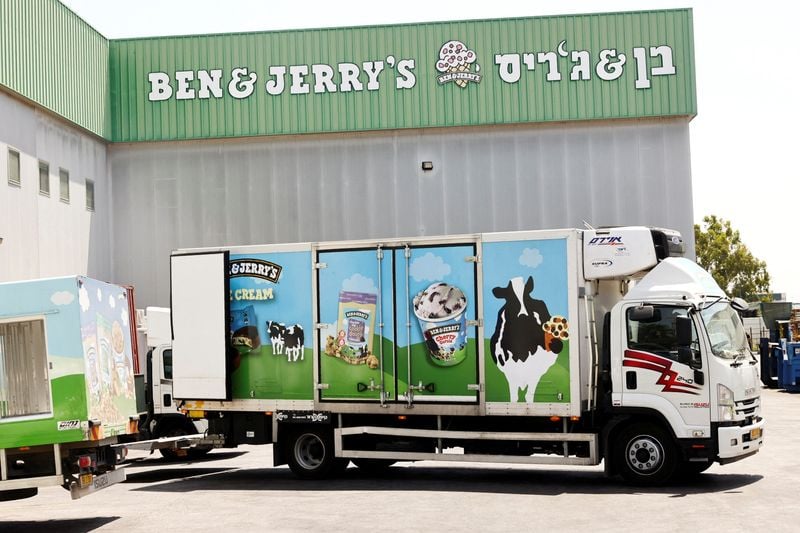