-United Airlines and Delta Air Lines have canceled hundreds of Christmas Eve flights, as the spreading COVID-19 Omicron variant takes a toll on its flight crews and other workers.

Chicago-based United on Thursday canceled 120 flights for Friday, while Atlanta-based Delta said it had canceled about 90. Both said they were working to contact passengers so they would not be stranded at airports.

FlightAware on Friday said United has now canceled 169 flights on Christmas Eve and Delta has canceled 127, along with another 50 canceled flights for United on Christmas and 89 for Delta.

The flight tracking firm said the current number of Christmas Eve flights canceled globally is 2,029, with 448 canceled in the United States.

“The nationwide spike in Omicron cases this week has had a direct impact on our flight crews and the people who run our operation. As a result, we’ve unfortunately had to cancel some flights and are notifying impacted customers in advance of them coming to the airport,” United said on Thursday.

Delta said Thursday it has “exhausted all options and resources — including rerouting and substitutions of aircraft and crews to cover scheduled flying — before canceling around 90 flights for Friday.”

Delta cited potential inclement weather and the impact of the Omicron variant for the cancellations.

On Tuesday, Delta Chief Executive Ed Bastian asked the head of the U.S. Centers for Disease Control and Prevention (CDC) to shrink quarantine guidelines for fully vaccinated individuals who experience breakthrough COVID-19 infections, citing the impact on the carrier’s workforce. Bastian asked that the isolation period be cut to five days from the current 10.


That request was echoed both by Airlines for America, a trade group representing major cargo and passenger carriers, which wrote to the CDC on Thursday, and by JetBlue on Wednesday.

The CDC released updated quarantine guidance for healthcare workers on Thursday, cutting the isolation time to seven days for workers who test positive for COVID-19 but are asymptomatic, providing they test negative. 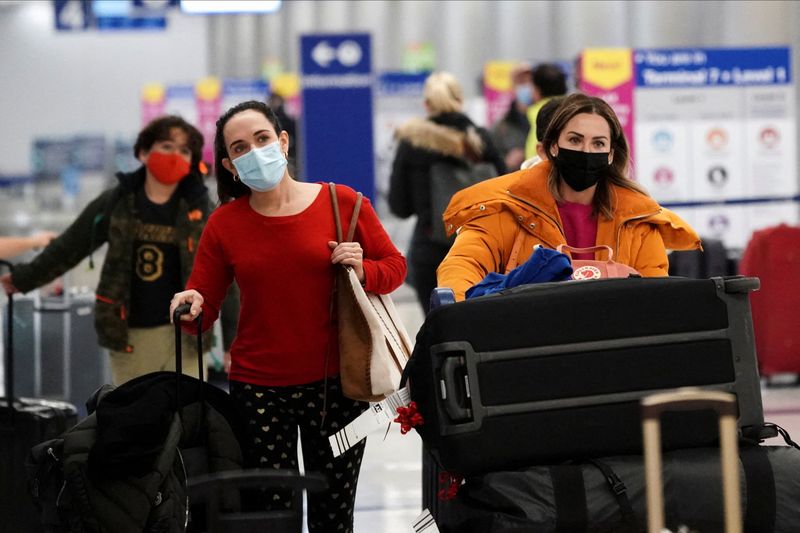