By Humeyra Pamuk and Gabriella Borter

WASHINGTON/NEW YORK -U.S. airlines canceled more than 1,300 flights on Sunday as COVID-19 thinned out the number of available crews, while several cruise ships had to cancel stops after outbreaks on board, upending the plans of thousands of Christmas travelers.

Commercial airlines had canceled 1,318 flights within, into or out of the United States by mid-afternoon, according to a tally on flight-tracking website FlightAware.com.

At least three cruise ships were also forced to return to port without making scheduled port calls after COVID-19 cases were detected on board, according to multiple media reports.

It was the third straight day of pain for some Americans traveling over the weekend as the Christmas holidays, typically a peak time for travel, coincided with a rapid spread of the Omicron variant nationwide.

Dr. Anthony Fauci, the nation’s top infectious disease official, warned of rising U.S. cases in coming days and potentially “overrun…hospitals, particularly in those regions in which you have a larger proportion of unvaccinated individuals.”

“It likely will go much higher,” he said of the Omicron-driven surge even as President Joe Biden last week unveiled new actions aimed at containing the latest wave and continued urging vaccinations and other prevention strategies.

With rising infections, airlines have been forced to cancel flights with pilots and cabin crew needing to quarantine while poor weather in some areas added to travelers woes.

Enjoli Rodriguez, 25, whose Delta Air Lines Inc flight from Los Angeles to Lexington, Kentucky, was canceled on Christmas Eve, was one of thousands still stranded on Sunday.


Delta rebooked Rodriguez through Detroit, but that flight was delayed so she missed the connection.

Speaking from the Detroit airport on Sunday, Rodriguez said she was surrounded by angry passengers, flustered airline representatives and families with young children in limbo.

“I’ve run into a lot of people sharing their horror stories here. We’re all just stuck in Michigan, Detroit, heading different places,” Rodriguez, who was rebooked on a later flight to Kentucky, told Reuters.

A total of 997 flights were scrapped on Christmas Day and nearly 700 on Christmas Eve. Thousands more were delayed on all three days.

A Delta Airlines spokesperson said “winter weather in portions of the U.S. and the Omicron variant continued to impact” its holiday weekend flight schedule but that it was working to “reroute and substitute aircraft and crews.”

United Airlines also said it was working to rebook impacted passengers, while a Southwest Airlines spokesperson said its cancellations were all weather related.

Overall, U.S. airports most heavily impacted were in Seattle, Atlanta, Los Angeles, Dallas-Fort Worth and JFK International in New York.

A White House official, who asked not to be named, said the administration was monitoring the delays closely but noted that while they can disrupt plans “only a small percentage of flights are affected.”

Meanwhile, a Royal Caribbean Cruises Ltd cruise ship turned back to Ft. Lauderdale, CNN reported, and on Sunday a Carnival Corp ship returned to Miami after COVID was detected onboard, although it was unclear if the cases were Omicron.

Carnival said “a small number on board were isolated due to a positive COVID test” on board its Carnival Freedom ship, which again left Miami later on Sunday for its next trip with another round of passengers.

“The rapid spread of the Omicron variant may shape how some destination authorities with limited medical resources may view even a small number of cases, even when they are being managed with our vigorous protocols. Should it be necessary to cancel a port, we will do our best to find an alternative destination,” it said in a statement.

A Holland America ship also returned to San Diego on Sunday after Mexican authorities banned it from docking in Puerto Vallarta citing onboard cases, NBC News and Fox News reported. Carnival, which owns Holland America, did not address that reported incident in its statement.

Representatives for Royal Caribbean did not respond to a request for comment.

Overall, COVID-19 outbreaks altered at least six sailings in the past week, the Washington Post reported, echoing the turmoil facing the industry after COVID erupted in early 2020.

Testing woes have compounded the travel angst, as many Americans scrambled for their status amid long lines and lack of at-home test kits amid the holiday travels.


“We’ve obviously got to do better. I mean, I think things will improve greatly as we get into January, but that doesn’t help us today and tomorrow,” Fauci told ABC’s “This Week.”

Meanwhile, some states are already bracing for the upcoming New Year’s holiday weekend, warning residents to reduce potential exposure to the virus.

“Omicron is surging statewide,” Louisiana’s health department tweeted on Sunday, noting Omicron-related hospitalizations had doubled in the past week. “We are urging everyone to take safety precautions ahead of New Year’s Eve.” 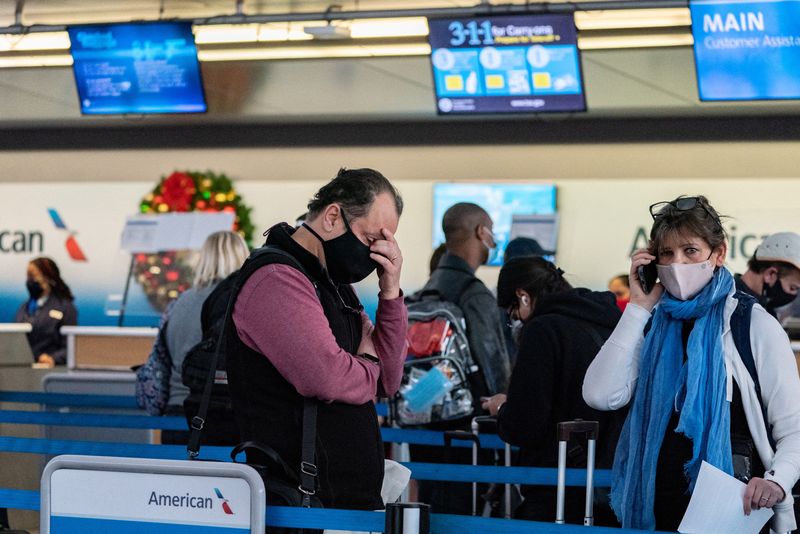 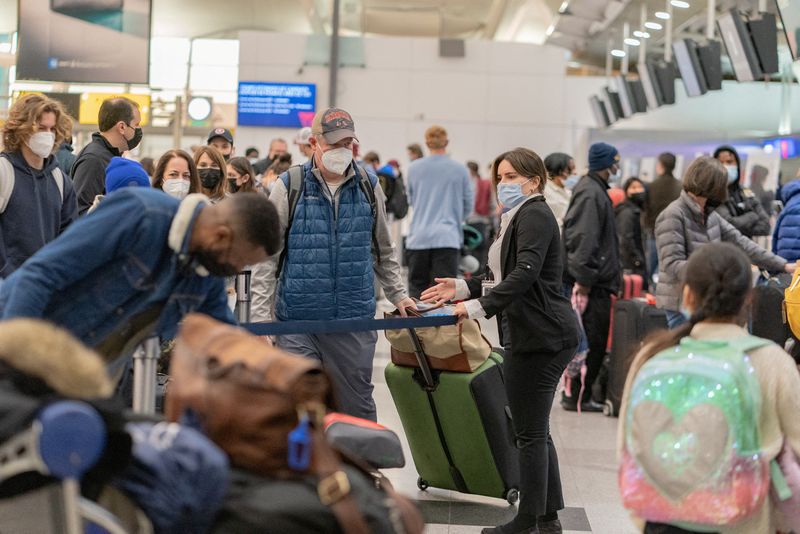 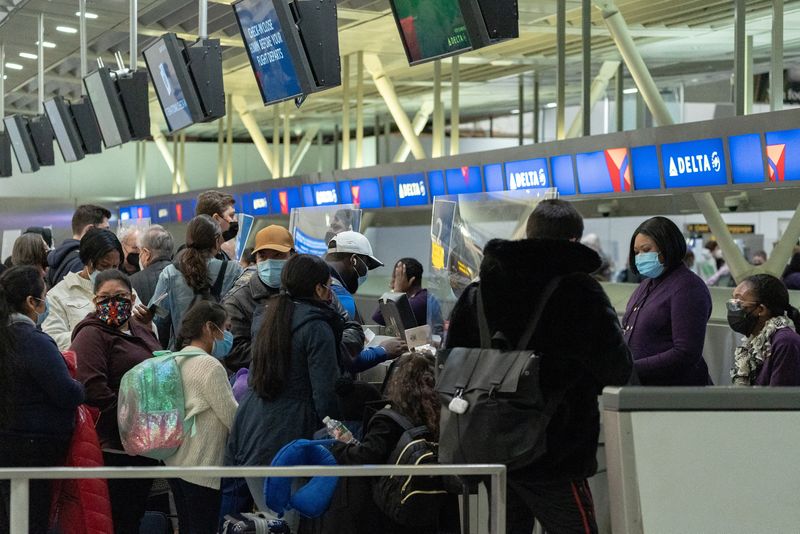 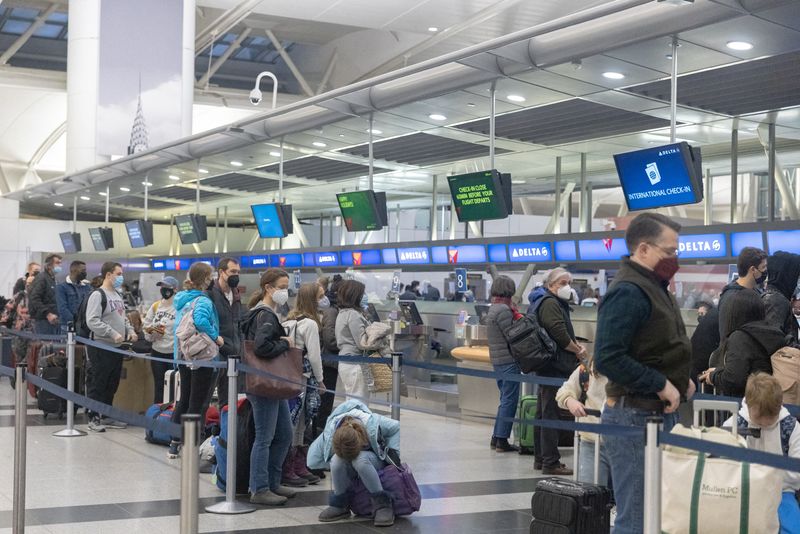 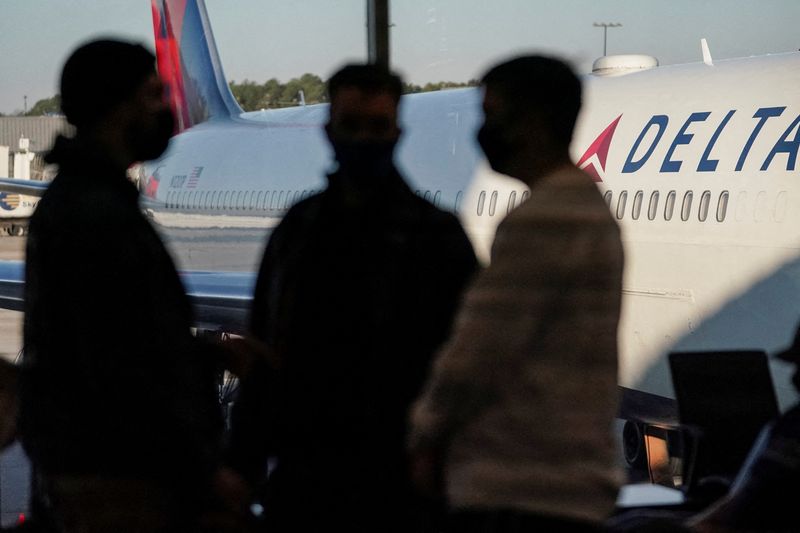 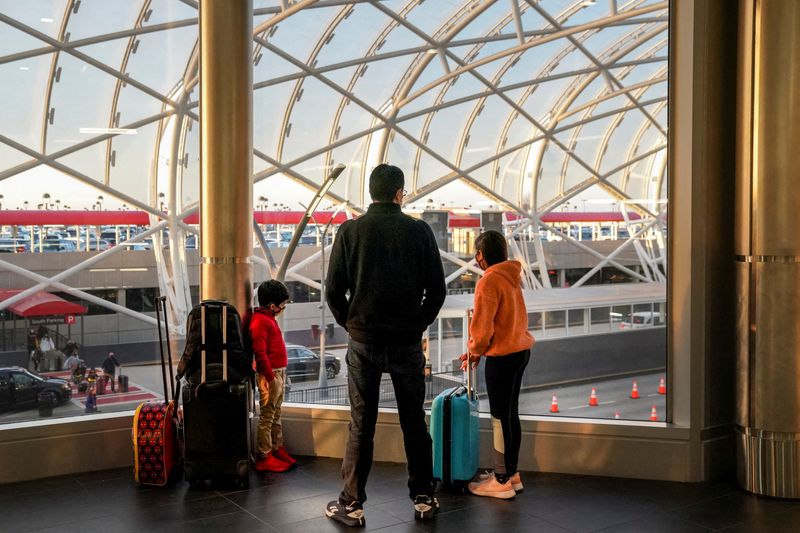