MOGADISHU -Somalia’s president and prime minister each accused the other on Sunday of holding up ongoing parliamentary elections, in a spat analysts say may distract the government from its fight against the al Qaeda-linked insurgency al Shabaab.

Parliamentary elections began on Nov. 1 and were supposed to be completed by Dec. 24, but one newly elected lawmaker said that as of Saturday only 24 of 275 representatives had been elected.

“The Prime Minister is posing a serious threat to the electoral process and overstepping his mandate,” the office of President Mohamed Abdullahi Mohamed said in a statement on Sunday.

Prime Minister Mohamed Hussein Roble’s office later put out its own statement saying the president had spent “so much time, energy and finances in frustrating the national elections” and was “derailing the electoral process.”

The United States late on Sunday called for a credible and rapid conclusion to the elections.

“The United States is deeply concerned by the continuing delays and by the procedural irregularities that have undermined the credibility of the process”, the U.S. State Department said.

Newly elected parliamentarian Mohamed Sheikh Mursal said only 24 lawmakers had been confirmed as elected as of Saturday, one day after the process had been due to be completed.

Under Somalia’s complex indirect electoral process, regional councils are meant to choose a senate. Clan elders are then meant to pick members of the lower house, which then picks a new president at a date not yet fixed.

In April, factions of the security forces allied to Mohamed and Roble seized areas of the capital, as the prime minister and opposition both opposed a move to extend the president’s four-year term by another two years.


Clashes between the two groups forced https://www.reuters.com/world/africa/bowing-pressure-somalias-president-agrees-not-extend-presidential-term-2021-04-27 between 60,000 and 100,000 people to flee their homes.

The confrontation was resolved when the president put Roble in charge of security and of organising the delayed elections.

Roble’s Sunday statement said he would hold meetings on Monday to find ways to speed up the election.

President Mohamed’s office also said he would hold a separate meeting on the elections and “agreeing on a capable leadership to spearhead timely, and transparent elections” without offering more details on how long the process might take.

Somalia, which has had only limited central government since 1991, is trying to reconstruct itself with the help of the United Nations. It had intended to hold its first direct elections in more than three decades this year in a rare victory against chronic instability in the country. 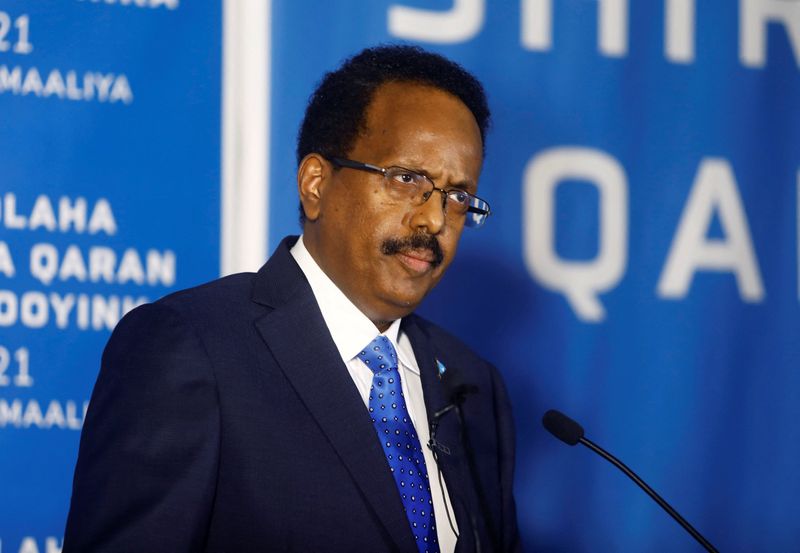 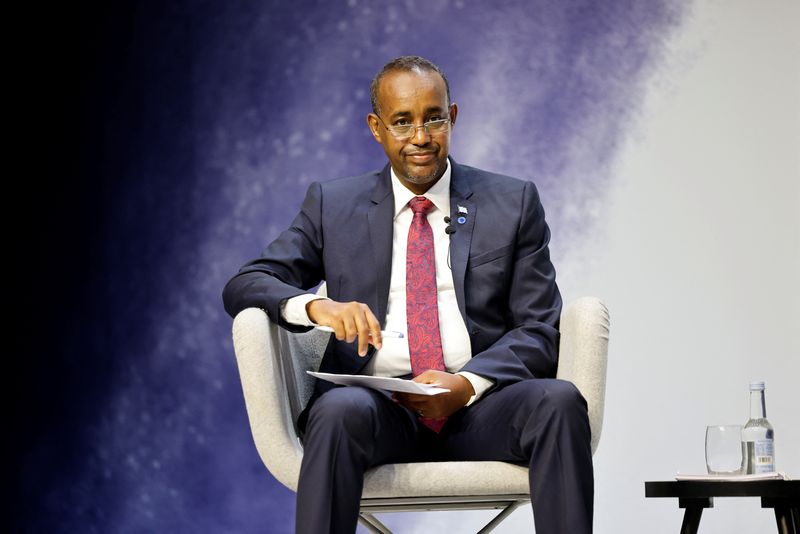 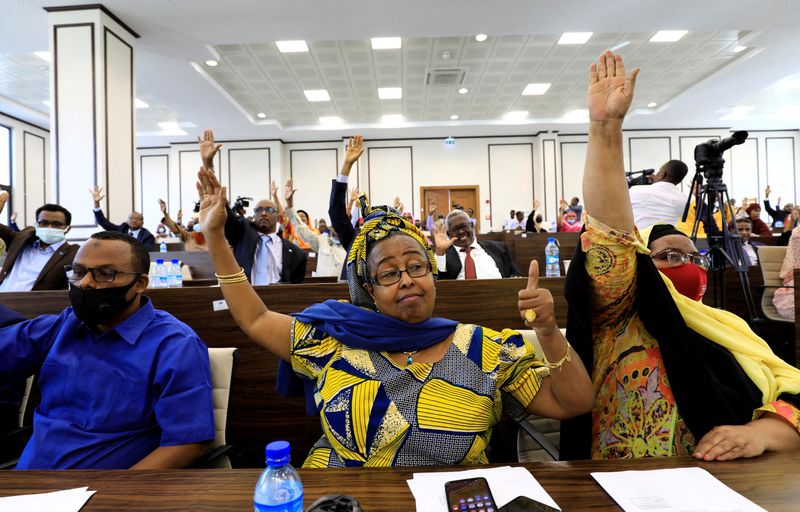