By Lindsey Wasson and Gabriella Borter

SEATTLE -Rising COVID-19 cases, along with bad weather, caused airlines to cancel more than 1,000 flights on Monday, and the spread of the Omicron variant prompted the U.S. government’s top infectious disease expert to suggest the government consider mandating vaccines for domestic flights.

Monday’s travel woes marked a fourth day of flight cancellations, capping a glum Christmas weekend for thousands of passengers who were left waiting in airport queues and on customer service phone lines to re-book flights.

Airlines have struggled with staffing shortages as the spread of infections blamed on the Omicron variant forced many pilots, cabin crew and other workers to isolate at home.

Winter storms also took a toll on travel. On Monday, airlines canceled more than 1,300 commercial flights within or into and out of the United States. Travel-related stocks fell.

“That is just another one of the requirements that I think is reasonable to consider,” Fauci told MSNBC in an interview.

President Joe Biden, speaking to reporters on Monday, declined to say whether he endorsed a vaccine mandate for domestic air travel. The president has previously said he did not consider them necessary.

Fauci appeared to walk back his remarks in a second interview on MSNBC later on Monday, and told CNN in another interview that he did not expect to see a vaccine mandate anytime soon.

“I did not say I support mandates on domestic flights. I said that is something on the table for consideration,” Fauci told MSNBC host Joy Reid.

In the CNN interview Monday evening, Fauci said he doubted the Biden administration would call for vaccine mandates for domestic flights “in the reasonable foreseeable future.”

The average number of new COVID-19 cases in the United States has risen 55% to over 205,000 per day over the last seven days, according to a Reuters tally.

The U.S. Centers for Disease Control and Prevention (CDC) said on Monday it was shortening the recommended isolation time for infected Americans to five days from 10 days previously, if they are asymptomatic. The move could help airlines and other businesses mitigate staff shortages.

The CDC also said on Monday it was investigating https://www.reuters.com/world/us/us-cdc-investigating-nearly-70-cruise-ships-hit-by-covid-19-cases-2021-12-27 68 cruise ships after reports of COVID-19 cases on board.

On Monday, snowy weather in the Pacific Northwest contributed to the cancellation of more than 110 flights scheduled to land at Seattle-Tacoma Airport.

A representative for Alaska Airlines, which canceled more than 140 flights on Monday due partly to snowy conditions in Seattle, told a passenger on Twitter that it would take hours to speak by phone to someone from customer service, a sign of how airlines were overwhelmed with frustrated passengers.

“The hold time is about 7 hours. I am so sorry,” Alaska Airlines wrote on Twitter in response to a customer complaint.

Aisling Daniel, an 18-year-old college student, was trying to return home to Anchorage, Alaska, with her younger sister and two black Labrador retrievers on Monday after visiting family in Kansas City. She was stuck in the Seattle-Tacoma International Airport and holding out hope that her newly booked flight out Monday afternoon would not be canceled.

“The weather and the airport being understaffed is a really big problem here right now,” she said.

Harley Garner, a 27-year-old creative strategist from Portland, Oregon, and his brother from Seattle were staying with their parents in Pahrump, Nevada, over the holidays and had planned to fly home Sunday evening. Both brothers’ flights – to Portland via Alaska Airlines and to Seattle via Allegiant Airlines – were canceled Sunday afternoon.

After those flights were canceled, the brothers’ father was driving them to Bakersfield, California, where they planned to rent a car and then drive to Portland and Seattle, a total of some 17 hours on the road. 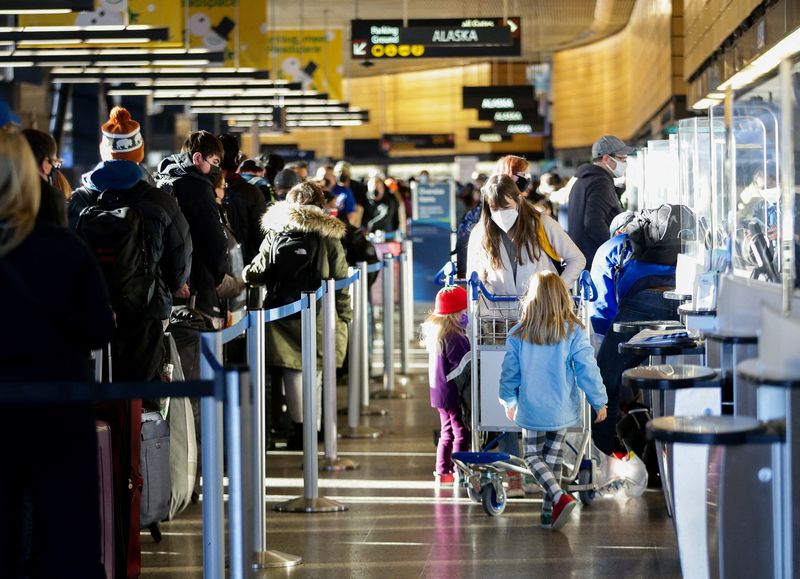 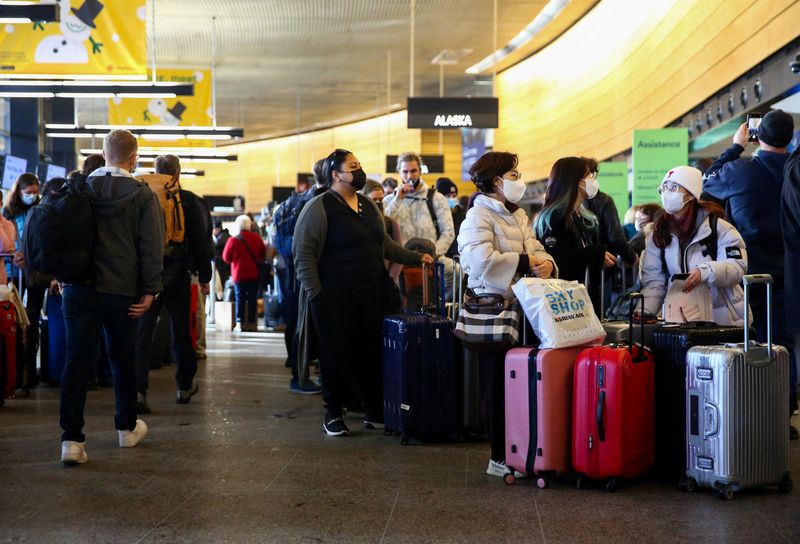 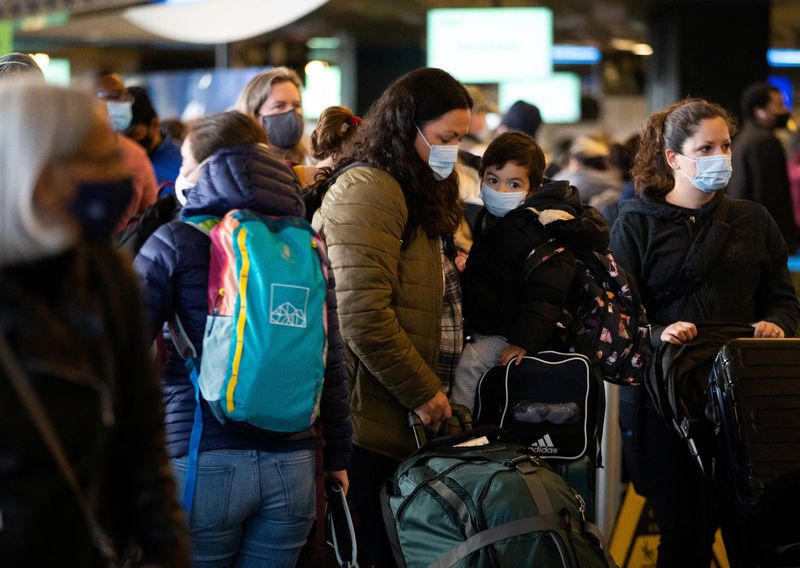 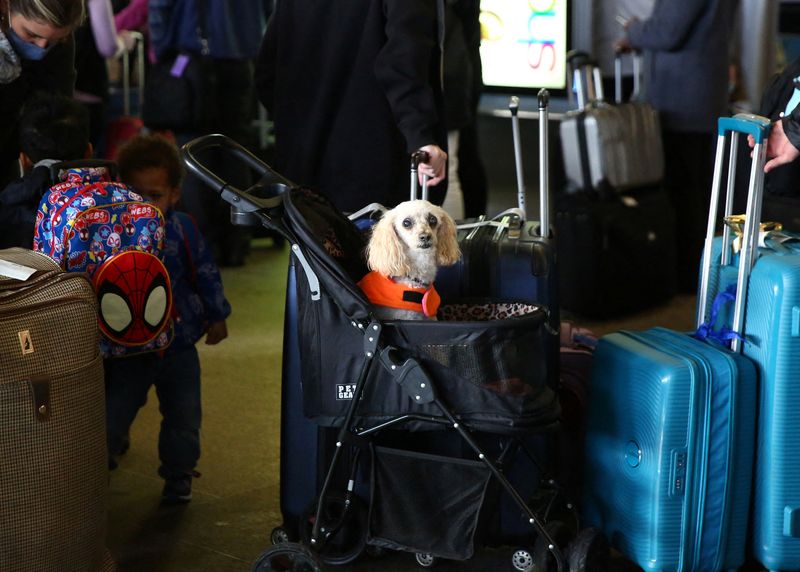 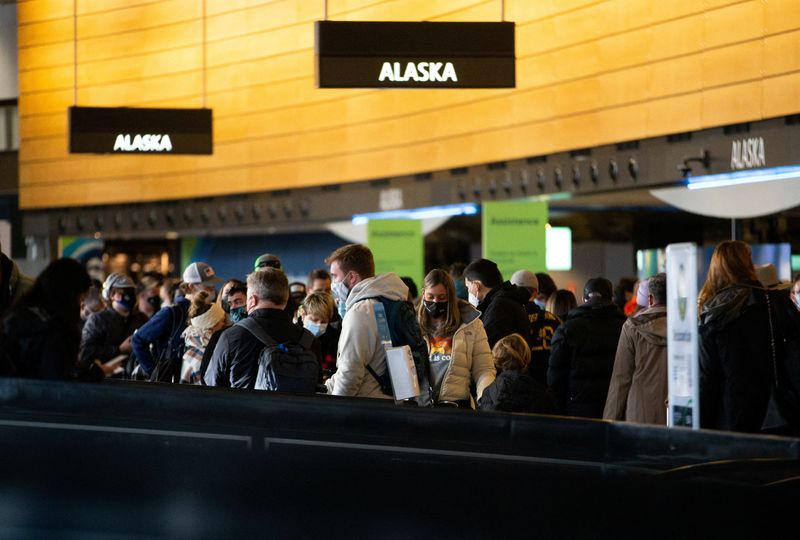 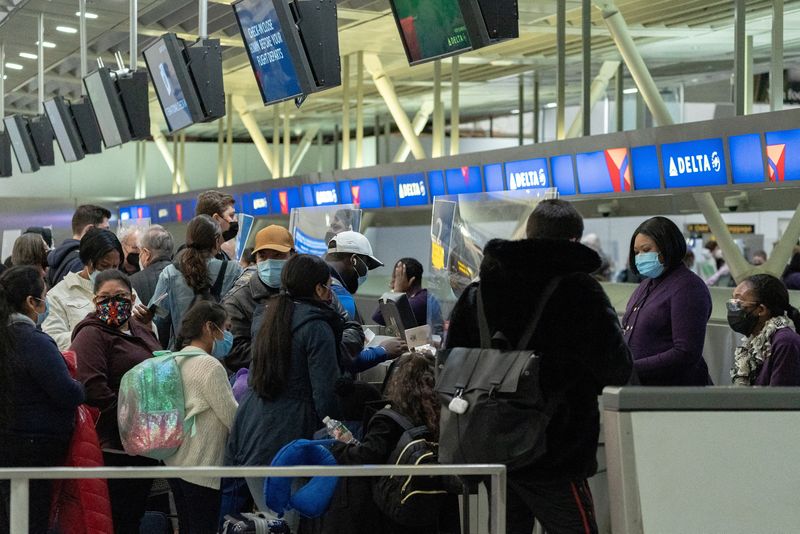