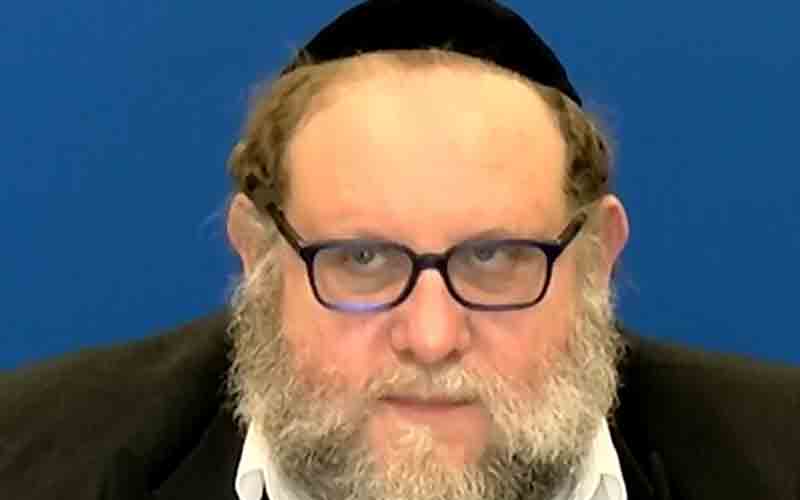 A former New Jersey nursing homeowner who made international headlines when it was discovered that the Andover nursing home he owned had been stuffing dead bodies in a makeshift morgue in the early days of the pandemic.

After the Andover incident, Schwartz’s business went downhill as he was removed from most of his nursing home holdings, which was owned at the time in partnership with his son Louis Schwartz. Schwartz was slapped with $220,000 in fines from the federal government over the Andover incident and both father and son have avoided criminal charges related to the incident so far.

Now, Joseph Schwartz is wanted for Medicaid fraud in Arkansas and an arrest warrant has been issued.


Arkansas Attorney General Leslie Rutledge today announced a warrant has been issued for Joseph Schwartz, owner of Skyline nursing homes. Schwartz is accused of eight counts of Medicaid fraud resulting from the submission of false statements in cost reports and other documentation to the Arkansas Medicaid Program. In 2018, Skyline exaggerated its costs by $6,285,216 and received an overpayment of $3,610,912 for the eight nursing home facilities in Arkansas. Schwartz is also charged with failing to pay $2,012,177 withheld from his Arkansas employees’ paychecks to the state of Arkansas from July 2017 to March 2018.

“These charges come after a 44-month-long investigation into Skyline’s wrongdoings, and I will not sit idly by while anyone defrauds the State and Federal government out of millions of dollars to line their own pockets,” said Attorney General Rutledge. “It’s important for Arkansans to know if they suspect Medicaid fraud, they should immediately contact my office.”


The charges include eight violations of Medicaid fraud under Ark. Code Ann. § 5-55-103(a)(2)(C) [2017 Code] as prohibited in Ark. Code Ann. § 5-55-111(2). The eight Medicaid fraud charges resulted from the submission of false statements in cost reports and other documentation to the Arkansas Medicaid Program. The overstated direct care costs presented by Skyline caused illegally inflated rates to be paid at eight Skyline nursing homes in 2018. Skyline exaggerated its costs by $6,285,216 and received an overpayment of $3,610,912 for the eight facilities.

Also, one count of Attempting to Evade or Defeat Taxes, under Ark. Code Ann. §26-18-201, resulted from Schwartz withholding $2,012,177 from his Arkansas employees’ paychecks from July 2017 to March 2018, but failing to pay the withheld employee income taxes to the State of Arkansas.

A count of Willful Failure to Pay or File resulted from violations of Ark. Code Ann. §26-18-202. Schwartz received tens of millions of dollars in gross income from his Arkansas facilities in 2018 and 2019 but failed to file an Arkansas tax return as required by law.

The case will be prosecuted in cooperation with the Sixth Judicial District Prosecuting Attorney Larry Jegley. The case was referred to the Attorney General’s Office by the Office of Medicaid Inspector General and the investigation was worked in cooperation with the HHS OIG- Office of Investigation, Nebraska Medicaid Fraud and Patient Abuse Unit, Kansas MFCU, Maryland MFCU and South Dakota MFCU.

Medicaid fraud occurs when Medicaid providers use the program to obtain money for which they are not entitled. To report suspected fraud or abuse, contact the Arkansas Attorney General’s Office at (800) 482-8982 or visit ArkansasAG.gov.