By Pete Schroeder and Michelle Price

WASHINGTON – While President Joe Biden said last month that he would renominate U.S. Federal Reserve chair Jerome Powell, he left Washington guessing as to who would become the Fed’s new regulatory chief.

Speculation over who will get the role is once again ramping up, after the Wall Street Journal on Tuesday reported that the White House was considering Sarah Bloom Raskin, a former Fed governor and former Treasury Department official, for the position.

Republican appointee Randal Quarles in October stepped down from that powerful role overseeing the country’s largest lenders, and is due to leave the central bank by year end. Biden said that and other Fed picks would be announced in early December.

Analysts and Washington insiders had seen fellow Fed governor Lael Brainard as the leading candidate to replace Quarles because she opposed his agenda to revisit rules created following the 2007-2009 global financial crisis. However, she is stepping into the Fed Vice Chair role that focuses on economic and monetary policy.

Progressives are pushing for a candidate who would take a tougher stance on Wall Street, although it is unclear if they will get their way. Here are the leading names in the mix, according to multiple analysts and Washington insiders.

A former Fed governor and Treasury official, Raskin is supported by progressives but could also get enough Senate votes to secure the position, said Jaret Seiberg, an analyst at Cowen Washington Research Group.

As a Fed governor from 2010 to 2014, Raskin slammed proprietary trading as of “low or no real economic value” and pushed for a strict interpretation of the “Volcker Rule,” a major post-crisis reform curbing such speculative investments.

However, Raskin recently took on a new role at Duke Law, where she has taught since 2017. She will become faculty director of the law school’s Global Financial Markets Center next year. Raskin did not respond to requests for comment.

A former Ohio attorney general, Cordray served as the first director of the Consumer Financial Protection Bureau (CFPB) from 2012 to 2017. Under his leadership the agency took an aggressive stance going after abusive mortgage and payday lenders, earning praise from progressives and criticism from Republicans who said he was overstepping the agency’s statutory remit.

Currently Treasury under secretary for domestic finance and a former Fed official, Liang was instrumental in building the post-crisis regulatory framework. She spent decades at the Fed as a staffer, ultimately becoming its first director of the Division of Financial Stability following the financial crisis.

She left the central bank in 2017 to join the think tank Brookings Institution, where she criticized Republican efforts to trim capital and liquidity requirements for large banks, among other changes.


Liang had previously been nominated for a Fed board seat by former President Donald Trump, but she withdrew in 2019 after Republicans blocked her nomination over worries she would be too tough on Wall Street.

“We would expect her to tighten big bank oversight, but she also strikes us as pragmatic, which may not work for progressives,” Cowen Washington Research Group’s Seiberg wrote.

With his appointment as President of the Atlanta Fed in 2017, Bostic became the first Black person to hold a regional Fed president role. He has been outspoken on racial diversity and economic inequality issues, both of which are key policy priorities for the Biden administration.

An economist by training, Bostic previously held roles at the Fed in Washington, where he won praise for his work on community lending rules, and at the Department of Housing and Urban Development.

In an interview on Bloomberg Television on Monday, Bostic said he had “no trips to Washington” on his calendar and that any decision on such an appointment was out of his hands.

Currently Acting Comptroller of the Currency, Hsu previously led big bank supervision at the Fed. As acting Comptroller, he has pushed Democratic priorities, including climate change risk and has warned banks against “over-confidence” coming out of the pandemic.

While he would be a good fit for Fed supervision, Washington insiders said, the nominee to replace him as permanent Comptroller, Saule Omarova, may not secure enough Senate votes after some moderate Democrats expressed concerns over her academic work. That means the White House may need Hsu to stick around.

Baradaran, an academic and expert on financial inclusion, is loved by progressives who pushed her for as Comptroller. But the White House passed her over due to concerns among the industry and moderate lawmakers, some of whom said she did not have sufficient experience in government.

A spokeswoman for Hsu declined to comment, and Baradaran did not immediately respond to a request for comment. 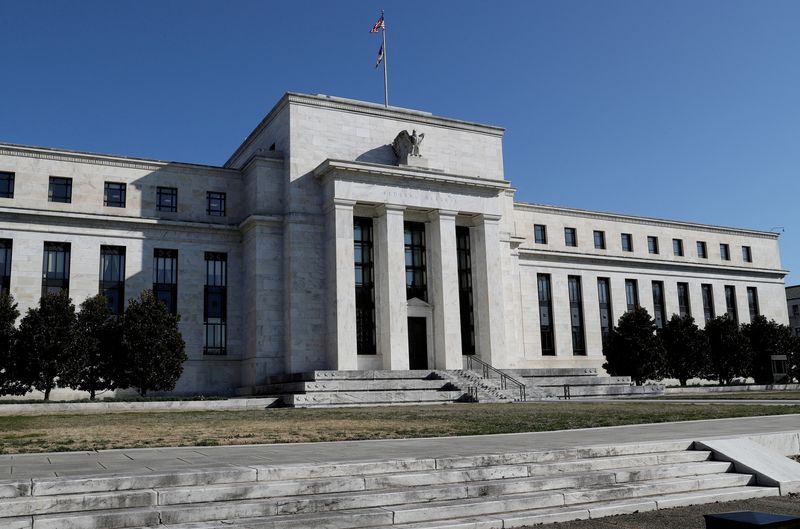