DENVER – A hotel clerk gravely wounded in a Denver-area shooting spree died on Tuesday, bringing to five the number of people killed in Monday night’s rampage by a gunman, who was slain by police, authorities said.

Police in Denver and the adjacent suburb of Lakewood announced the latest death at a news briefing a day after the rampage, which spanned both municipalities and two tattoo shops.

Police identified the gunman as 47-year-old Lyndon James McLeod. They did not offer a possible motive and provided few details about McLeod, except to say that all of the dead but one, the hotel clerk, were known to him. McLeod’s ties to the victims were not explained.

McLeod died following an exchange of gunfire with a Lakewood police officer who, despite taking a bullet to the abdomen, was able to fire her weapon, fatally striking the gunman, police said.

Lakewood police spokesman John Romero declined to name the officer, a three-year veteran of the force, but called her actions “heroic.”

“She took a situation that was horrendous and put herself in harm’s way to stop it,” Romero said, adding that the officer underwent surgery and was expected to survive.

Denver Police Chief Paul Pazen said McLeod had been on “law enforcement’s radar” prior to the shooting as the subject of investigations in 2020 and again in 2021, but was never charged with a crime. Pazen declined to discuss the nature of the probes.

Police said the shooting began shortly after 5 p.m. on Monday when McLeod entered a tattoo parlor near downtown Denver and opened fire, killing two women and critically wounding a man.


He then shot dead a man at a home in east Denver before firing at others on the city’s west side without hitting anyone. Police said McLeod then got into a running gun battle with Denver police who were pursuing him.

He ultimately drove to Lakewood and entered another tattoo shop, where he fatally shot a man, then stormed into a hotel and shot the clerk, leading to his deadly encounter with the Lakewood officer.

(Reporting by Keith Coffman in Denver; Editing by Steve Gorman and Leslie Adler) 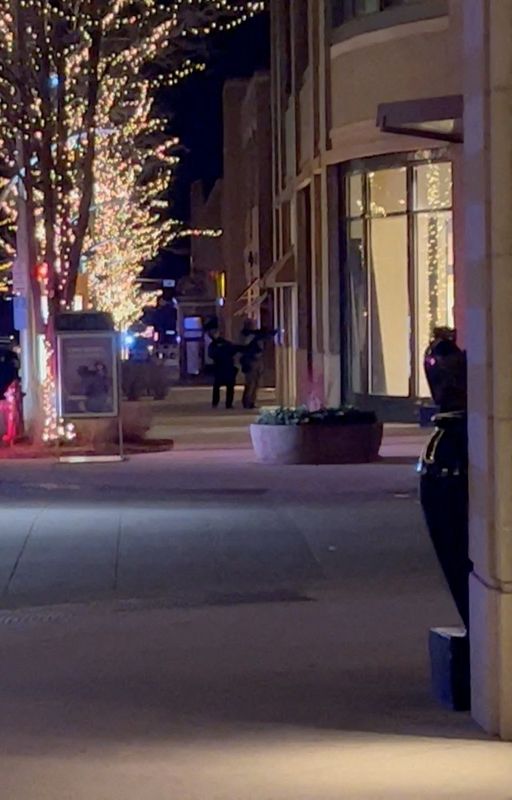 Russian government says no dividend for Sberbank on 2021 results