ISTANBUL – Turkey’s annual inflation rate is expected to have hit 30.6% in December, according to a Reuters poll, breaching the 30% level for the first time since 2003 as prices rose due to record lira volatility.

Inflation, which was around 20% in recent months, has been driven by a lira slide to record lows after the central bank slashed its policy rate by 500 basis points since September, under pressure from President Tayyip Erdogan.

The month-on-month rise in prices was seen at 9%, according to the median, with forecasts ranging from 5.5% to 14.6%.

The central bank has said temporary factors were driving prices higher and forecast that inflation would follow a volatile course in the short term.

The recent lira slide was reversed late on Monday last week when Erdogan announced a scheme to protect lira deposits against currency volatility and state-backed market interventions triggered a 50% surge in the currency’s value.

Inflation has been in double digits and well above emerging market peers for most of the last four years, eating into Turks’ earnings and hitting support for Erdogan.

According to the Turk-Is trade union confederation, food prices rose 25.75% month-on-month in December. That represented an annual rise of 55%, up from 27% in November, marking the largest rise in food inflation since 1987.

The central bank’s year-end inflation forecast was 18.4% in a report published in late October. The government predicted end-2021 annual inflation of 16.2%.

“However raw materials purchased with higher costs, a possible New Year increase in energy prices and services inflation could limit the decline in inflation in January,” he said.

“Inflation could follow a rising trend with the delayed impact of the FX rates after January.”

Four economists who responded to a Reuters question forecast annual inflation would fall to 24.85% by the end of next year.

The Turkish Statistical Institute is scheduled to announce December inflation data at 0700 GMT on Jan. 3. 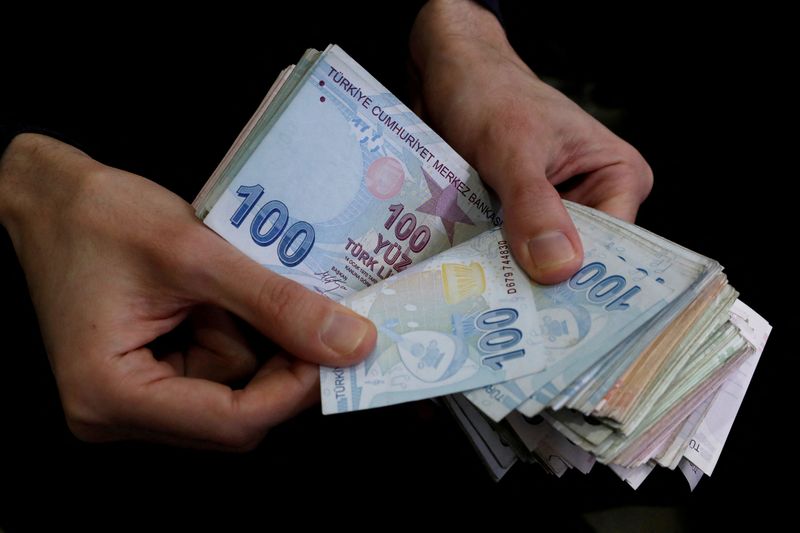