NEW YORK – A New York state appeals court on Tuesday put on hold part of a trial judge’s decision blocking the New York Times from reporting on documents prepared by a lawyer for the conservative activist group Project Veritas.

Justice William Ford of the Appellate Division in Brooklyn said the Times does not have to turn over or destroy its copies of documents prepared by Project Veritas’ in-house lawyer Benjamin Barr while it appeals the coverage ban.

On Friday, in a ruling that alarmed First Amendment advocates, Justice Charles Wood of the state Supreme Court in Westchester County said Barr’s memos were not a matter of public concern, and rejected the Times’ claim that barring coverage would unconstitutionally restrain its journalism.

The newspaper’s editorial board called Wood’s decision dangerous and his rationale “breathtaking,” saying no court should tell news media how to conduct their reporting and risk subjecting them to frivolous libel lawsuits as a means of controlling news coverage.

Ford directed Project Veritas to address by Jan. 14, 2022, why Wood’s decision should not be thrown out, or at least stayed through a possibly expedited Times appeal.

Elizabeth Locke, a lawyer for Project Veritas, in an email said the group “joined The Times in its very limited request to maintain the status quo to allow appellate review because the proper administration of justice is paramount to American democracy, the First Amendment, and the press’ freedom under it.”

Times spokesman Jordan Cohen in an email said the newspaper was pleased that parts of Wood’s “unconstitutional order” were stayed, and looked forward to having the Appellate Division vacate the order.

Led by James O’Keefe, Project Veritas has used what critics view as deceptive tactics to expose what it describes as liberal media bias.


The group is the subject of a U.S. Department of Justice probe into its possible role in the theft of a diary from President Joe Biden’s daughter Ashley, which a right-wing website excerpted.

Project Veritas had been suing the Times for defamation over a September 2020 article describing a video it released concerning alleged voter fraud in Minnesota.

It subsequently objected to a Nov. 11 Times article that drew from Barr’s memos, calling the publication an attempt to embarrass a litigation adversary.

The Times had not faced any prior restraint since 1971, when the Nixon administration unsuccessfully sought to block the publication of the Pentagon Papers detailing U.S. military involvement in Vietnam. 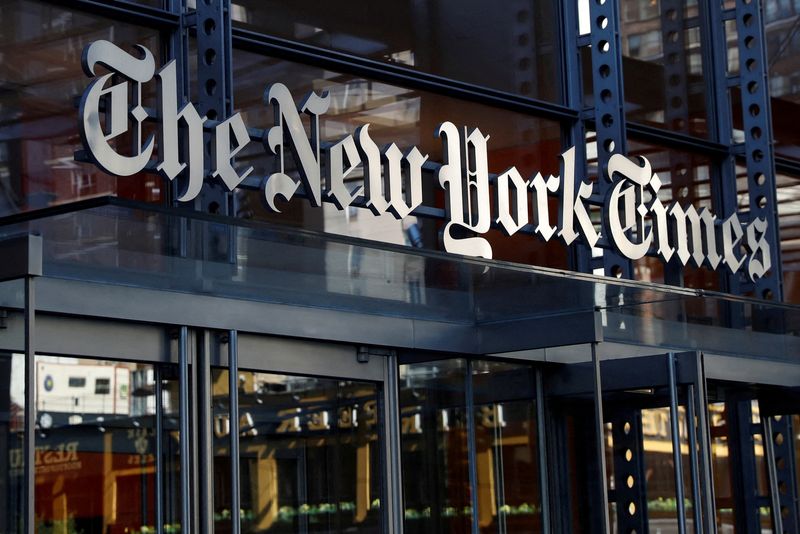