MOSCOW – Gas traders are relying on stockpiles to supply European buyers and avoid paying near record-high prices, industry sources and market analysts said, explaining the unusual reverse in direction of flows through a major Russian pipeline.

The 33 billion cubic metre (bcm) Yamal-Europe Pipeline, which accounts for about one sixth of Russia’s exports to Europe and Turkey, has been in reverse mode since Dec. 21, meaning gas is being shipped east from Germany to Poland.

In Poland, which failed to conclude a new gas supply deal with Russia last year, some traders have already used their annual contracted volumes from Russian supplier Gazprom.

That would mean paying high spot prices if they buy extra gas from Russia, so they are instead drawing from storage. Their hope is that by the time stocks run low, prices will be cheaper, but the risk is over-reliance on stocks will keep the market high for longer.

He said it was “not rational” to drain stockpiles in the peak demand winter season.

Gazprom’s clients from Germany and France had also used up their annual contractual gas purchasing volumes, he said further.

In France, Gazprom’s main partner is Engie, while in Germany, it is Uniper, Wingas, Shell and Wintershall Dea.


The companies have not responded to requests for comment.

Gazprom on Thursday said Europe has withdrawn more than 45% of the gas it has injected into storage this year.

A source close to Gazprom, speaking on condition of anonymity because he was not authorised to speak to the press, said the pipeline was expected to resume its usual westward gas flows early in January. For January, Gazprom has booked 8.3 million kilowatt hours per hour (kWh/h) of gas transit capacity via the pipeline.

In the absence of Poland’s usual long-term gas deal, Gazprom has booked the short-term transit capacity, but it has not done so in the last 10 days, prompting criticism from the West it was deliberately adding to price pressure, which Russia has denied.

Russia is at odds with the West over a series of issues and is waiting for German and European Union approval for its new Nord Stream 2 gas pipeline to Germany. Russian President Vladimir Putin has said supply from the new link could calm prices. https://www.reuters.com/markets/commodities/putin-declares-nord-stream-2-ready-gas-exports-2021-12-29

He has also said Germany was reselling Russian gas to Poland and Ukraine and blamed the pipeline reversal, and rocketing prices, on German gas importers.

The German Economy Ministry has declined to comment on Putin’s remark.

“The current flow direction reflects the behaviour of the market players. The German market is supplied via other transport routes,” Germany’s Federal Grid Agency said.


The consistent reverse flows have added to the price frenzy in Europe. Benchmark gas price reached an all-time high last week of more than 180 euros per megawatt hour, compared with 19 euros at the start of 2021.

Prices have eased to below 100 euros since last week, helped in part by arrivals of LNG shipments.

A spokesman for Polish energy company PGNiG acknowledged the reverse flows were happening but would not go into detail.

“I cannot confirm whether the gas coming back from Germany is going to PGNiG, as there are many companies on the market and we consider this a trade secret,” the spokesman said.

Katja Yafimava a senior research fellow from the Oxford Institute for Energy Studies Gas Research Programme, said there was no need for Gazprom to book capacity on Yamal if it does not have requests for gas on the other side of the pipeline.

“So the European buyers have a choice of drawing gas from storages and liquefied natural gas  – or asking Gazprom to conclude new contracts/amend existing contracts allowing for higher volumes,” she said.

(Reporting by Vladimir Soldatkin and Oksana Kobzeva; additional reporting by Anneli Palmen in Berlin and Anna Wlodarczak-Semczuk in Warsaw; editing by Barbara Lewis) 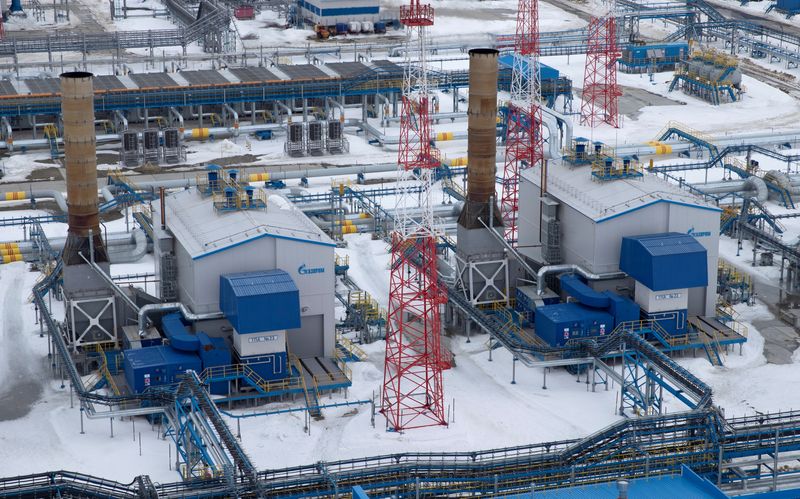