– Theranos founder Elizabeth Holmes is likely to appeal her conviction for defrauding investors in the blood-testing company, but four legal experts say the fact that the jury acquitted her or failed to reach a verdict on several counts could work against her.

Holmes on Monday was found guilty https://www.reuters.com/world/us/us-jury-theranos-trial-cannot-agree-verdicts-all-charges-2022-01-03 of defrauding investors in the once high-flying Silicon Valley blood-testing startup, but she was acquitted of deceiving patients. The guilty verdict on four of 11 counts came after a months-long trial https://www.reuters.com/world/us/rise-fall-theranos-founder-elizabeth-holmes-2022-01-04.

A jury found the former Silicon Valley entrepreneur guilty of conspiring to dupe investors and of defrauding three private investors. The jury deadlocked on charges related to other investors, and acquitted Holmes of swindling patients.

Holmes’ lawyers have not yet said whether she would appeal. Attorneys for Holmes did not respond to a request for comment on Tuesday.

Legal experts not involved in the case said that the fact jurors found in Holmes’ favor on some charges will weaken arguments that they were confused or biased.

“In a mixed verdict, it’s very hard to say that the jury rushed to judgment,” said Carrie Cohen, a white-collar defense attorney and former prosecutor in New York. “It appears that they didn’t take evidence from one crime and use it to say, ‘Well, she lied to one investor. She must have lied to the three other investors.'”

The experts said a likely focus of an appeal would be rulings made by U.S. District Judge Edward Davila in favor of prosecutors during or before the trial, such as allowing jurors to see a regulatory report from 2015 saying that the conditions in Theranos’ lab posed “immediate jeopardy to patient health and safety.”

Her attorneys had challenged prosecutors’ use of the report, arguing it was irrelevant and would unfairly prejudice jurors against Holmes. The judge found that the evidence could be used to show that Holmes was aware of problems at Theranos.


The report was among the evidence introduced during the testimony of 29 government witnesses.

But appeals courts are hesitant to disturb jury verdicts, and would consider whether any erroneous ruling was significant enough to have impacted the result, said Vanderbilt Law School professor Christopher Slobogin.

Another focus for a potential appeal would be the instructions the jury received before deliberations, including on the meaning of “reasonable doubt.” The judge denied Holmes’ call for further instructions on that legal standard, which sets a high bar for conviction in criminal cases.

In the United States, criminal defendants are presumed innocent unless proven guilty beyond a reasonable doubt.

Cohen said that arguing the jury was confused about the standard may be an “uphill battle” since it decided to acquit on some counts.

But the mixed verdict may prove helpful at Holmes’ sentencing, said Amanda Kramer, a partner at Covington & Burling.

Holmes’ attorneys will likely argue that her conviction on only some of the counts after a nearly four-month trial shows “she wasn’t some snake oil salesperson out there just trying to rip people off.”

“The defense will argue to the judge that that’s really meaningful, that she stands apart from the predatory fraudsters that are found guilty across the board,” Kramer said. 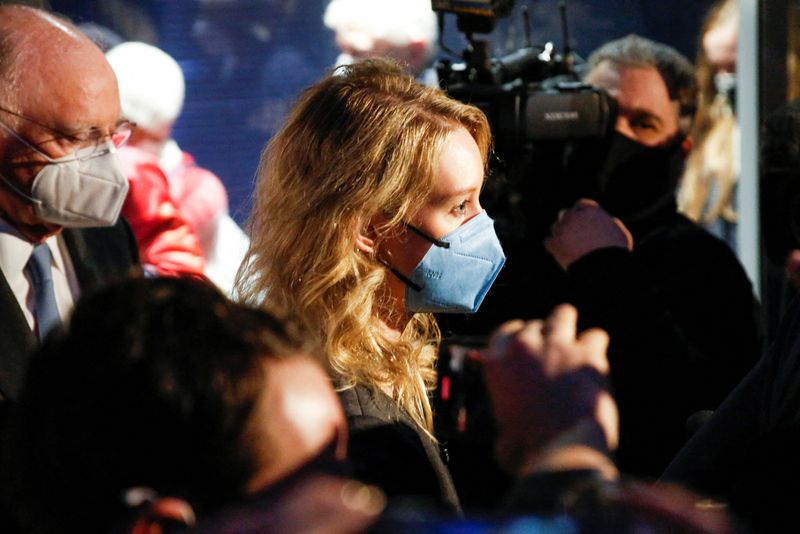