– Kazakhstan’s slow-burning government reform of a niche market for car fuels brutally backfired this week, triggering the biggest public protests in years as demonstrators accused authorities of stealing from the poor.

Kazakhstan declared emergencies in the capital and elsewhere on Wednesday after demonstrators stormed and torched public buildings.

The protests were sparked by a fuel market reform first broached in 2015 that came into effect at the start of the month that sought to remove state price caps for butane and propane – often referred to as ‘road fuels for the poor’ due to their low cost – while making sure the local market was well supplied.

Previous subsidies had created a situation when Kazakhstan, a major oil producer, regularly faced shortages of butane and propane. Producers – including ventures of U.S. companies Chevron and Exxon – preferred to export to get a better price.

When prices were fully liberalised on Jan. 1 the government expectations were that supplies to the domestic market would rise and help address the chronic shortages.

But the measure backfired, as prices nearly doubled overnight to 120 tenge ($0.30) per litre.

Regions such as oil-rich Mangistau, where protests started, rely on butane and propane for refuelling as many as 90% of vehicles.

Popular anger was already running high because of rising inflation which was closing in on 9% year-on-year – the highest in more than five years – leading the central bank to raise interest rates to 9.75%.


The resource-rich country of 19 million is estimated to have a million people living below the poverty line while also counting several dollar billionaires on the Forbes list.

The protests have yet to have an impact on Kazakhstan’s oil production. President Kassym-Jomart Tokayev has ordered his acting Cabinet to reverse the fuel price rise. 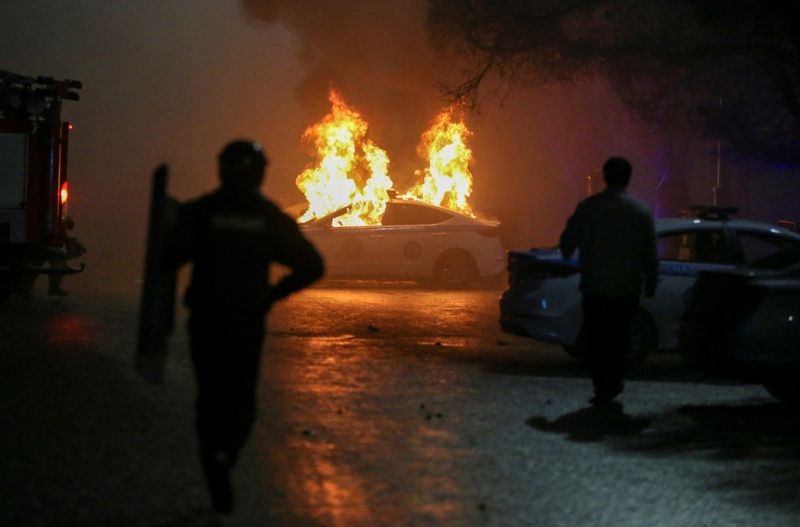