NEW YORK – A U.S. judge on Wednesday set a September start date for the trial of former U.S. President Donald Trump’s billionaire ally Thomas Barrack, who is charged with illegally lobbying for the United Arab Emirates.

Barrack, 74, chaired Trump’s 2017 inaugural fund and was a frequent guest at the White House. He pleaded https://www.reuters.com/world/us/trump-ally-barrack-pleads-not-guilty-uae-lobbying-case-2021-07-26 not guilty in July to seven criminal counts related to allegations he secretly lobbied the Trump administration for the UAE between 2016 and 2018, and lied to investigators about his ties to the country.

The ruling came after Daniel Petrocelli, a lawyer for Barrack, asked that a trial begin as soon as possible, arguing the time that has gone by since his July 2021 arrest https://www.reuters.com/world/us/trump-ally-barrack-pleads-not-guilty-uae-lobbying-case-2021-07-26 had taken an “excruciating and devastating toll on Mr. Barrack.”

Barrack was released https://www.reuters.com/world/us/trump-ally-barrack-reaches-bail-package-deal-with-prosecutors-2021-07-23 from custody pending trial in July after reaching an agreement with prosecutors that called for him to put up a $250 million bond secured by $5 million in cash.

Petrocelli said he would move to dismiss the case this month.

Billionaire Barrack is the founder of digital infrastructure-focused private equity firm DigitalBridge Group Inc, formerly known as Colony Capital. He has stepped down from former roles as the firm’s chief executive and executive chairman in the past two years. 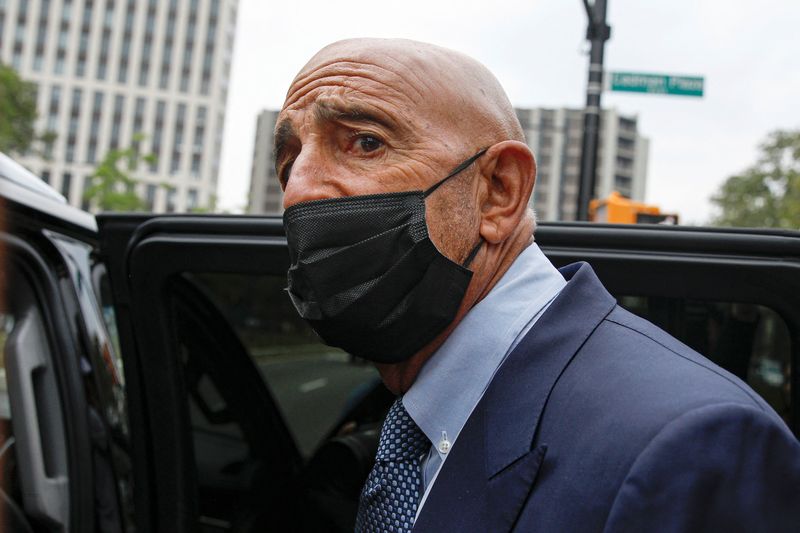