Private payrolls surged by 807,000 jobs last month, the ADP National Employment Report showed on Wednesday. Data for November was revised lower to show 505,000 jobs added instead of the initially reported 534,000. Economists polled by Reuters had forecast private payrolls would increase by 400,000 jobs.

The survey was conducted in mid-December just as COVID-19 cases, driven by the Omicron variant, were rising sharply across the country. Economists expect some disruption from the winter wave of infections, though not on the scale of last summer.

“The labor market continues to recover,” said Gus Faucher, chief economist at PNC Financial in Pittsburgh, Pennsylvania. “However, the Omicron variant is a substantial downside risk to the near-term labor market recovery.”

Still, demand for labor is strong amid an acute shortage of workers. The broad increase in private hiring last month was led by a rise of 246,000 in the leisure and hospitality industry. Professional and business services added 130,000 jobs.

The ADP report is jointly developed with Moody’s Analytics and was published ahead of the Labor Department’s more comprehensive and closely watched employment report for December on Friday. It has, however, a poor record predicting the private payrolls count in the department’s Bureau of Labor Statistics employment report because of methodology differences.

Still, it was another sign that job growth probably accelerated in December. The government surveyed businesses and households for last month’s employment report in mid-December.

“It is unclear exactly why job growth would have firmed so much in December,” said Daniel Silver, an economist at JPMorgan in New York. “But the ADP report is at least broadly supportive of our view that the labor market is continuing to tighten despite the recent COVID spread and some signs that consumer activity has weakened lately.”

First-time applications for unemployment benefits declined significantly between mid-November and mid-December. The Institute for Supply Management’s measure of factory employment rose to an eight-month high in December, with manufacturers noting an improvement in labor supply.

According to a Reuters survey of economists, private payrolls likely increased by 365,000 jobs in December. Overall nonfarm payrolls are forecast to rise by 400,000 jobs. The economy created 210,000 jobs in November.

But worker shortages https://www.reuters.com/markets/us/record-45-million-americans-quit-jobs-november-2022-01-04 are constraining the labor market’s recovery. The government reported on Tuesday that there were 10.6 million job openings at the end of November.

There were signs in November that unemployed Americans were starting to slowly return to the workforce, but the surging coronavirus infections could force some to stay home. 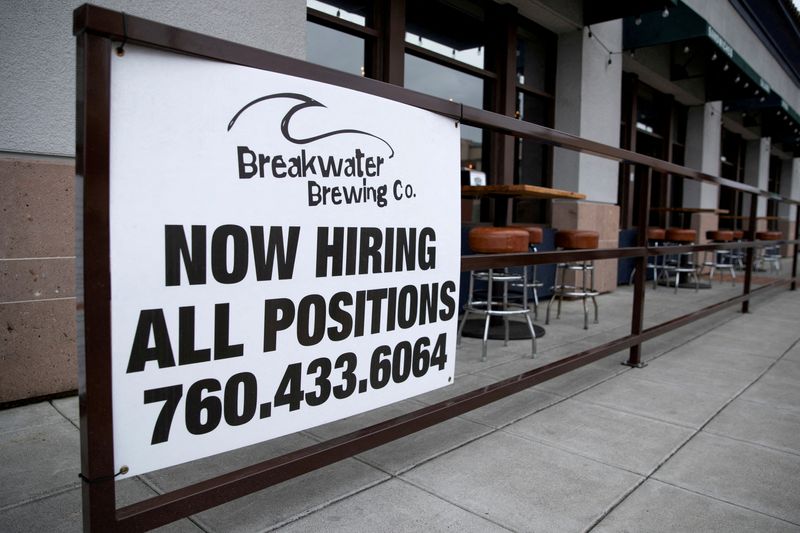