Youngkin, a Republican who won in an upset against a Democratic challenger in November, announced he has chosen Andrew Wheeler as the states’s next secretary of Natural Resources and Michael Rolband as the next director of Environmental Quality.

Wheeler, who served as Trump’s second EPA administrator, led that administration’s efforts to undo major environmental regulations for power plants and cars and downplayed the urgency of addressing climate change. Rolband is the founder of the environmental consulting firm Wetland Studies and Solutions, Inc.

“Andrew and Michael share my vision in finding new ways to innovate and use our natural resources to provide Virginia with a stable, dependable, and growing power supply that will meet Virginia’s power demands without passing the costs on to the consumer,” said Youngkin.

Wheeler served for years as a career staffer at the EPA under former President George W. Bush but also worked in the private sector, including as a coal lobbyist.

Virginia passed a bill in March 2020 under Democratic Governor Ralph Northam to join RGGI, which brought in $228 million to Virginia to fund state programs on energy efficiency and flooding.

Democratic lawmakers and environmental groups raised concerns about how Wheeler’s track record at the EPA will affect Virginia’s environmental policies and growth as a leading renewable energy producing state.

Virginia was the fourth-biggest market for new solar installations in 2020 and the first three quarters of 2021 behind Texas, California and Florida, according to consultancy Wood Mackenzie. It was 19th in 2019.

“We are concerned about Administrator Wheeler’s track record of rolling back key environmental protections at the EPA,” said Elly Boehmer, policy director at Environment Virginia, adding that her group will continue to press Youngkin and the legislature to uphold environmental laws and stay in RGGI.

“Putting an anti-environment ideologue in this important position would be a far cry from the kind of consensus-based, pragmatic leadership the Governor-elect promised,” said Democratic Congressman Don Beyer.

Wheeler did not respond to a Reuters request for comment.

A resident of Fairfax county, Virginia, Wheeler last year spoke out against a county effort to place a 5 cent tax on single-use plastic bags. 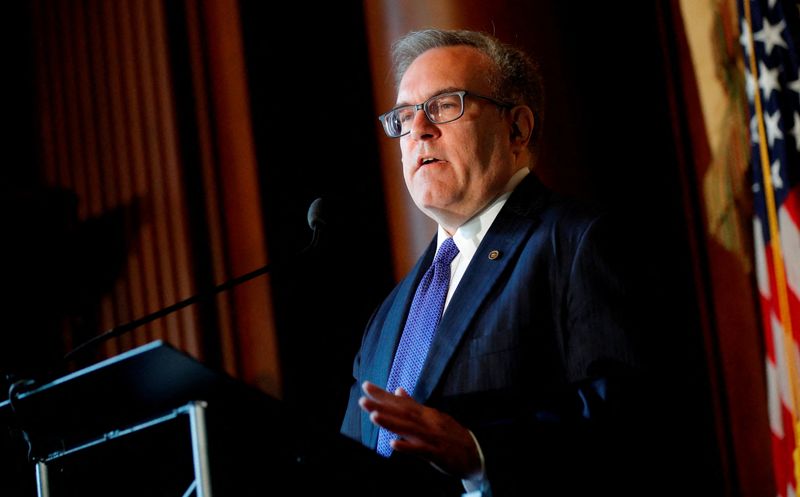